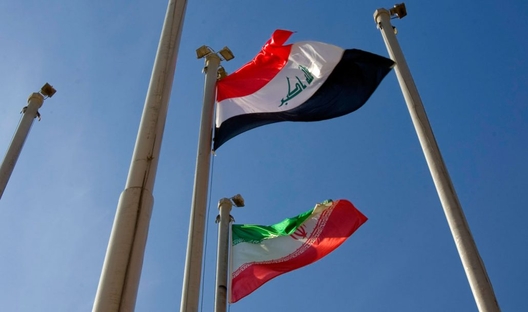 Since the Iranian regime seized power in 1979, its goal has been for Iran to become a regional power and to restore the Shias as the rulers of the Muslim world. A cornerstone of its strategy is to build and control a land corridor stretching from Iran to the Mediterranean Sea.

To extend its power and influence, Iran arms and supports proxies such as Hezbollah in Lebanon, Hamas and Islamic Jihad in the Gaza Strip, Houthi rebels in Yemen, as well as Shia militias in Iraq and Syria.

Will Iran succeed in completing its land corridor? By analyzing the current situation in Iraq, there are identifiable developments which thwart Iran’s plan to complete and maintain control of the corridor.

Iraq is a critical element in Iran’s hegemonic mission. Iran’s goal is to cultivate a political and military powerbase which will enable the regime to dictate Baghdad’s domestic and foreign policy to further Iranian interests.

The results of the May parliamentary elections in Iraq have hurt that prospect, and are a clear indication that most Iraqis reject Iran’s growing influence and intervention in their country. The biggest political block, the Islah wa al-Imar (Reform and Development) coalition led by Shia cleric Moqtada al-Sadr, rejects Iran’s intervention in Iraq and its affairs. However, the Iranian regime still maintains a strong influence on Iraqi politics. The second largest block, the Iranian-affiliated Iraqi party Al-Fath (Triumph) coalition, is led by Iranian-backed Shia militias, and Dawlat al-Qanoun (The State of Law) party is led by former Iraqi Prime Minister Nouri al-Maliki, an affiliate of Tehran.

On October 2, Iraqi Prime Minister-designate Adel Abdul Mahdi—with the blessing of the United States and Iran—received the mandate from the new President Barham Salih to assemble the Iraqi government. The fact that the king of Saudi Arabia and the emir of Kuwait rushed to welcome the nomination, and particularly that the most influential figure in Iraqi politics, Grand Ayatollah Ali al-Sistani—who ideologically and politically opposes the Iranian regime and its intervention in Iraq—has given his blessing to Mahdi’s nomination, indicates that Iraqi political actors which oppose Iranian involvement in Baghdad, currently have the upper hand.

One would expect Sunni Arabs and Kurds to object to Iranian interference. Yet, there is also widespread rejection of Iranian interference among Iraqi Shia. Perhaps the most important is the objection of the Shia Supreme Clerics in Iraq, particularly Sistani, which in turn led to violent riots and mass protests that erupted and quickly spread in the predominantly Shia region of southern Iraq during mid-July 2018—reportedly orchestrated by Sadr.

The residents of the oil rich region took to the streets primarily to protest corruption as well as the lack of clean water, electricity, government services, and jobs. However, the riots also revealed deep seated anti-Iranian sentiments, which were manifested in anti-Iran slogans, attacks on headquarters and properties of pro-Iranian Iraqi groups, and most recently protesters burning down the Iranian Consulate in Basra.

There are other indications of Iraq’s rejection of Iranian influence. In July, Baghdad announced plans to build a fence along the 600 km Iraqi-Syrian border. Reports in August indicated the Iraqi army prevented Iranian-backed Shia militias from crossing to and from Syria. In the beginning of September, Iraqi Prime Minister Haider al-Abadi issued a statement that he “will not sacrifice the Iraqi people on the altar of Iran.”

Baghdad is also not willing to sacrifice its relationship with the Gulf Cooperation Council (GCC) states, who are currently confronting Iran. The GCC is a major consumer of Iraqi goods and are a substantial source of funding required for the rehabilitation of Iraq.

In February, Kuwait held a conference for the reconstruction of Iraq which raised $25 billion. Though the pledges fell short of Iraq’s request, the fact that Kuwait hosted the conference is significant given that Baghdad still owes compensation—per the request of the United Nations—for Iraq’s 1991 occupation of Kuwait. So far, Iraq has paid about $10 billion of the $39 billion it is owed.

Kuwait proved to be flexible regarding the pace of the payments, and even provided Iraq equipment to desalinate water and produce electricity to help the country’s parched southern cities which suffer from electricity shortages and have been relying on Tehran. In return, the GCC expect the Iraqi government to curtail Iranian influence in Iraq.

Similarly, the Trump administration recognizes the threat an Iranian corridor presents to the GCC, Jordan, Israel, as well as US interests and assets in the region. National Security Adviser John Bolton’s tough rhetoric towards Iran, the deployment of US military bases in eastern Syria as well as on the Iraqi-Syrian-Jordanian triangle borders, and the re-imposition of sanctions on Tehran are all indications that the United States is determined to prevent Iran’s expansionist vision.

To that end, limiting and confining Iran’s intervention and influence in Iraq is of strategic interest to the United States. Following the September 6 rocket attack on the US Embassy in Baghdad which was attributed to Iranian-backed Shia militias, Secretary of State Mike Pompeo said the United States will take direct action against Tehran for any attacks—even those caused by proxies—against US interests.

Having this in mind, one overlooked aspect of Iran’s control over the corridor is how current US sanctions on Tehran, which are expected to increase and deepen Iran’s financial crisis, are also fueling unrest in the country. To address domestic challenges and placate an increasingly angry and resentful public, the Iranian regime will have to recalculate its priorities and allocate resources at home at the expense of its expansionist vision.

Iran will continue to try to assemble and permanently maintain the land corridor. However, the strong and increasing Iraqi opposition to Iranian intervention with support from GCC countries, the US objection to Tehran’s expansionist vision, as well as the deepening economic crisis and accumulating tensions in Iran reduce the likelihood of a permanent Iranian-controlled corridor.

For Iraq, the future of the Iranian land corridor is part and parcel of its battle over its own identity and independence. As 2018 comes to an end, Iraqi nationalist camps will continue to strengthen their position to restrain Iranian influence and intervention in Iraq.