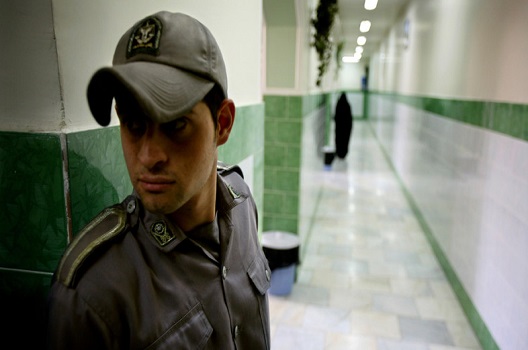 Kavous Seyed-Emami, a prominent Canadian-Iranian environmentalist and academic, was quickly buried without an independent autopsy due to pressure by authorities, according to his family. Officials said Seyed-Emami had committed suicide in Tehran’s notorious Evin Prison on February 9, seventeen days after his arrest.

He was not the first to die under suspicious circumstances in prison during recent weeks. Two protesters—Vahid Heidari and Sina Ghonbadi—who participated in the nationwide unrest last month were also said to have committed suicide in prison. Their deaths sparked public outrage.

Many Iranians, including members of parliament and celebrities questioned the official narrative. Tehran’s reformist MP Mahmoud Sadeghi tweeted that prisoners were forced to take pills that made them sick, according to a relative of one of the protesters who died in prison. Numerous human rights organizations called on the Iranian government to investigate the deaths, but it wasn’t until Seyed-Emami’s passing that President Hassan Rouhani appointed a committee to probe what he described as “regrettable incidents” in Iran’s prisons.

Deaths such as these are unfortunately not uncommon in Iran. Under the presidency of reformist President Mohammad Khatami, a series of murders of prominent intellectuals and activists shook the country during the late 1990s. Through the work of investigative journalists, the Intelligence Ministry was exposed for involvement in what newspapers called the “chain murders.” It wasn’t until Khatami announced that the culprits were a “rogue group” within the ministry and forced the resignation of Qorbanali Dorri Najafabadi, a minister chosen by Supreme Leader Ayatollah Ali Khamenei, that the murders stopped. Khatami said at the time, “When we don’t accept someone, we make of him a counter-revolutionary, a monarchist, corrupt, pro-Western, a threat to national security and an apostate. Then, if some ignoramus says this counter-revolutionary must be killed—well, they kill him.”

In further evidence that the chain murders had been approved by the highest authorities, the deputy intelligence minister, Saeed Emami—one of ten agents arrested and charged with operating the death squads—himself “committed suicide” in custody allegedly by eating hair removal cream.

Deaths in detention became a major issue again in 2009, after fraud-tainted presidential elections.

Millions of Iranians took to the streets denouncing official results that gave hardliner Mahmoud Ahmadinejad a second term as president. Security forces rounded up protesters and sent them to Evin and Kahrizak prisons in Tehran. As reports of abuse mounted, reformist presidential candidate and Green Movement leader Mehdi Karroubi wrote a letter that highlighted allegations of rape and sodomy. Karroubi called for an investigation, but officials—including parliamentary speaker Ali Larijani—denied the charges. Eventually, Iranian authorities admitted that three protesters—initially said to have committed suicide or died from meningitis—had in fact been beaten to death. A military court convicted twelve officers and guards, but it’s unclear whether these officials ever served time. The long-time prosecutor-general of Tehran, Saeed Mortazavi, was replaced and banned from holding state office, but was acquitted of being “an accomplice to murder.” No explanation was ever given for the suspicious death of a young doctor at Kahrizak who had treated prisoners.

Part of this depressing history includes the intimidation and harassment of lawyers who take on politically sensitive cases. Mohammad Najaf, the attorney investigating the death of detainee Vahid Heidari last month, was also detained. Najaf had questioned the alleged suicide of Heidari, saying, “This young man was a protester. They arrested him and then they beat and killed him. Now they want to destroy his reputation.”

The intelligence arm of the Islamic Revolutionary Guard Corps (IRGC) is said to have been behind the arrest of Seyed-Emami and seven of his colleagues—including an Iranian-American businessman. They are accused of passing information to the CIA and Israeli Mossad on Iran’s missile bases through their work on the endangered Asiatic cheetah. The IRGC’s intelligence agents have arrested at least 30 dual nationals in the past two years, mostly on charges of espionage that many independent rights organizations regard as bogus.

The IRGC intelligence arm emerged after the Khatami’s 1997 election and sought, with the blessing of Supreme Leader Khamenei, to undermine the president’s reformist agenda. In 2009, this branch expanded its powers to suppress what Khamenei saw as an existential threat to the regime. Recently, there have been reports of growing rivalry between the IRGC and the Intelligence Ministry, according to the Center for Human Rights in Iran. The ministry would often times block an arrest “to prevent the IRGC’s Intelligence Organization from becoming more powerful and to reduce its dominating role in carrying out widespread arrests of political and civil rights activists,” the human rights watchdog said.

Last August, Tehran’s deputy parliamentary speaker Ali Motahari said that espionage and counterespionage are the responsibility of the Intelligence Ministry and that the IRGC had no right to interfere in such matters. Motahari also blasted Rouhani for giving Intelligence Minister Mahmoud Alavi a second term, saying he wasn’t the “appropriate man for the field of intelligence.” Referring to the IRGC’s expansion into intelligence, Motahari said, “We need a man who is capable of stopping other institutions and organizations from interference in the country’s intelligence [work].”

While sacking Alavi might alleviate some of the criticism Rouhani has faced in the wake of the recent deaths in Iranian prisons, it’s unlikely the government will implement real reform. The history of Iran since the 1979 revolution has been one of parallel systems of authority. The Supreme Leader and the IRGC are unlikely to give up their institutions’ dominant role.

Holly Dagres is an Iranian-American analyst on Middle East affairs. She is also the curator of the weekly newsletter, The Iranist. On Twitter: @hdagres

Image: A prison guard stands along a corridor in Tehran's Evin prison.