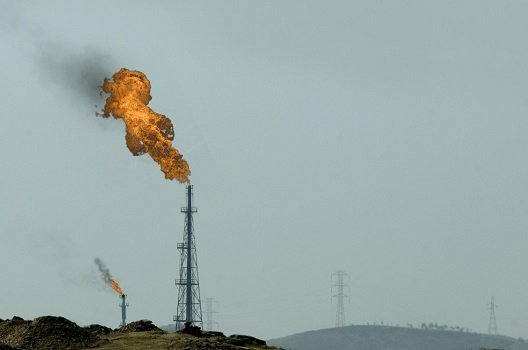 Iran’s vice president, Eshaq Jahangiri, announced July 8 that any powerful country that is willing to work with Iran can pre-purchase Iranian oil. Iran is actively trying to convince its traditional costumers to purchase its oil for future deliveries in return for investment, goods or services in advance. Pre-selling oil is designed to get around US sanctions while building leverage for Iran in the short and long-term.

This method can help Iran access the credit it needs for investment, goods and services. It could also be used as a floating credit in INSTEX, the trading vehicle set up by the European Union (EU) to keep Iran in compliance with the Joint Comprehensive Plan of Action (JCPOA). EU countries have all halted their oil purchases from Iran since November 2018 after the US re-imposed secondary sanctions on Iranian oil exports. This was despite the fact that the US issued waivers at the time for two European countries, Greece and Italy, to continue to import some Iranian oil.

Iranian officials on many occasions have stated that their main condition to remain in the JCPOA is to be able sell their oil. Hence, pre-selling oil could be a practical solution for Iran and European countries, as it would help Iran’s economy to function while the sanctions are in effect.

Since the US announced in April that it would issue no more waivers for purchases of Iranian oil, Iran’s oil production has fallen to 2.3 million barrels per day in June and its exports have plunged to about 380,000 barrels per day. This is a historic low for both production and exports. Iran’s market share has been largely taken by other OPEC members — primarily Saudi Arabia, the United Arab Emirates and Iraq. Iran’s condensate market share in South Korea, meanwhile, has been replaced mostly by US production from the Eagle Ford field. Iran is trying to find strategies to maintain a minimum market share at a time of oversupply in which even the recent sabotage of oil tankers in the Persian Gulf has failed to make prices surge as they would have in previous decades.

Pre-selling oil in return for investment, goods and services would help Iran re-gain its market share after sanctions unwind or lose their effectiveness. If Iran succeeds in signing a deal or two with countries such as India, China or South Korea, to pre-purchase Iranian oil for future deliveries, this would guarantee a minimum market share for Iran in these countries in a post US sanctions era.

This strategy could also erode the efficacy of US sanctions. Any country that lends Iran money in terms of credit, goods or investment, seeks returns in a short period of time. Hence, this guarantees the shipment of Iranian oil to traditional costumers in the future to pay off these debts. It also helps reduce the impact of sanctions and could undermine the alliance against Iranian oil exports in both the short and long term.

Even though this mechanism is designed to avoid any violation of US sanctions with regard to the physical delivery of Iranian oil, the question remains: who would be the potential buyer of Iranian oil? Chances that Russia would pre-order some oil from Iran in return for political and economic support are very high.

Among Iran’s Asian oil customers, India and China would seem to be the most likely pre-purchasers of Iranian oil. However, China is currently working closely with the US to achieve a framework for long-term economic and trade relations. China has also turned to the US to import liquefied natural gas (LNG) and its future natural gas and LNG demand growth could be met by the US in an era of close trade and energy relations.

It’s also hard to imagine that India would jeopardize its military, energy and business relations with the US by pre-purchasing Iranian oil. This is despite the close ties that India has had historically with Iran and India’s interest in investing and managing the Chabahar port.

As mentioned above, individual European countries have all halted oil imports from Iran even after receiving initial waivers. There is a chance that the EU could come up with a plan to pre-order some volume of Iranian oil to save the JCPOA and convince Iran to remain in compliance. By pre-purchasing Iran’s oil, the EU could also give life to the INSTEX mechanism. Without EU involvement, it’s hard to imagine that private businesses and refineries would risk their business relations with US companies, their US assets or access to the global financial system by purchasing and refining Iranian oil until the sanctions are fully unwound.

Dr. Sara Vakhshouri is founder and president of SVB Energy International, a strategic energy consulting firm with offices in Washington DC and Dubai. She is also professor of Energy Security at the Institute of World Politics. Dr. Vakhshouri has almost two decades of experience in the energy industry in global energy market studies, energy security, energy strategy and geopolitical risk.