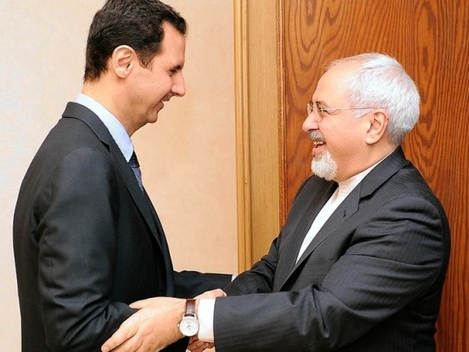 When US President Donald Trump withdrew from the Iran nuclear deal last May, his main argument to justify the move was that the agreement had been one-sided, providing Iran with large amounts of money to finance its “destabilizing policies” throughout the Middle East.

This argument has become one of the main rationales behind Washington’s “maximum pressure” policy against Iran. By re-imposing economic sanctions against Iran, the Trump administration aims to push the Islamic Republic to decrease its regional activities by severely cutting its financial resources, especially oil revenues.

Indeed, the negative effects of American sanctions are already apparent in the Iranian economy. Despite the US issuance of some temporary sanctions waivers for major purchasers of Iranian oil, the total amount of Iran’s oil exports has significantly declined. Banking restrictions are creating serious challenges for Iran to transfer the revenues it gains from oil exports, as well as to perform other types of international economic transactions. Huge increases in the costs of living and the devaluation of the Iranian currency are among the other negative impacts of the sanctions. However, when it comes to Iran’s regional activities, the result of US pressure so far is not what the Trump administration anticipated.

For example, in Syria—the main scene of Iran’s regional activism over the past several years—the Bashar al-Assad government has reclaimed control over most of Syrian territory as the eight-year war enters its final stages. As a result, the issue of post-war reconstruction is coming to the forefront. Among other actors directly or indirectly involved in the Syrian crisis, Iran is hoping to play a role in Syria’s reconstruction.

In comparison to previous Iranian participation in post-war reconstruction processes in the region, there is a considerable difference. In post-2006 war Lebanon and post-Saddam Iraq, for example, Iran contributed largely non-refundable aid aimed primarily at securing Tehran’s political interests, i.e. supporting pro-Islamic Republic groups and factions. However, nowadays, when Iranian officials talk about Iran’s role in post-war Syria, they insist not only that Tehran is not about to allocate unconditional financial resources to Damascus, but that Iran expects to be compensated for its expenditures in bolstering the Assad government.

Hossein Jaberi Ansari, a top adviser to Iranian Foreign Minister Mohammad Javad Zarif, said in October 2018 that Iran does not want to establish a “charity” in Syria and would like, instead, to gain economic opportunities in the Syrian market. Yahiya Rahim Safavi, a senior advisor to Supreme Leader Ayatollah Ali Khamenei, expressed a similar position. Safavi said on February 18, that, “the Islamic Republic of Iran must return the expenses it has spent in Syria and the Syrians are prepared to reimburse through Syria’s’oil, gas and phosphate mines.” Other Iranian officials have made such comments in recent months.

In this vein, Tehran has already concluded a number of Memorandums of Understandings (MoUs) and other agreements with Damascus, covering a wide range of areas, from the construction of power plants to investment in agriculture. The two sides are also trying to establish a banking channel, apparently with the aim of circumventing US sanctions. As such, it could be said that the pattern of Iran’s involvement in post-war reconstruction in the region is changing, with economic benefits outweighing political considerations.

But this is not the whole story. For the first time in the history of the Islamic Republic, the Iranian government is encouraging Iran’s private sector to take the lead in economic activities in Syria. According to the head of the Chamber of Commerce, Gholamhossein Shafeie, the private sector is ready to assume this role. In a situation in which Iran’s state sector is under the strict and persistent monitoring of Washington, activating the private sector in the region could open up a new breathing space for the Iranian economy. At the same time, the Khatam al-Anbiya construction firm—the main economic arm of the Islamic Revolutionary Guards Corps—has also declared readiness to get involve in Syria’s reconstruction “if the [Iranian] administration wants it to do so.”

Iran has also said that it is willing to construct a railroad connecting Iran’s Shalamcheh border crossing to the Syrian Mediterranean coast via Iraq. Although some observers interpret the plan as a new sign of Iran’s determination to increase its arms supply to Lebanon’s Hezbollah, Iranian officials see the project as a potential contribution to China’s Belt and Road Initiative that could revive Iran’s ancient Silk Road role as a trade and transport hub connecting East and West.

To sum it up, it could be said that the increasing US pressure on Iran, which is effectively depriving Tehran of its main traditional source of income—oil exports—is pushing Iran toward finding new outlets and conduits for international economic activities. What is now happening in Syria could be a sign that Tehran is increasingly interested in playing the role of a geo-economic actor in the Middle East, in parallel with its traditional geopolitical role. Foreign Minister Zarif’s recent visits to Iraq and Lebanon, where economic issues constituted a major part of his talks with local officials, further underline the emergence of such a tendency in Iran’s regional policy.

Ironically, this new trend would not only not reduce the scope of Iran’s regional influence, but could, in the long-term, even consolidate it, as economic interdependency would make it harder for the US to compel regional states to shut down Iranian activities in their countries.

Hamidreza Azizi is an assistant professor of regional studies at Shahid Beheshti University and an associate fellow at the Institute for Iran-Eurasia Studies (IRAS) in Tehran. Follow him on Twitter: @HamidRezaAz.