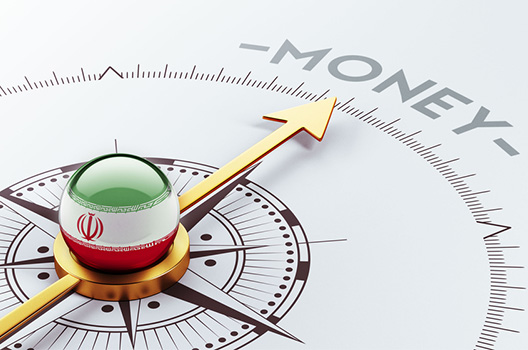 On June 24, the Financial Action Task Force (FATF) – an intergovernmental body that sets and promotes standards for combating money laundering and terrorist financing – revised its public statement regarding Iran to account for positive steps that Tehran has recently taken to bring itself into compliance with global banking norms.

FATF’s revised statement is a critical development that should begin to inspire much-needed confidence in private financial institutions to consider re-engaging their Iranian counterparts and facilitating permissible trade and investment with Iran.

The revised statement had several notable features: First, FATF and Iran have agreed to an Action Plan – which had been referenced last month by the U.S. Department of the Treasury’s Assistant Secretary for Terrorist Financing Daniel Glaser – under which Iran is required to take certain steps to build up and strengthen its AML/CFT (anti-money laundering, countering financing of terrorism) regime to come into compliance with FATF recommendations.

Provided that Iran performs in accordance with this Action Plan, FATF will consider additional steps in regards to Iran, including the likely rescission of its effective blacklisting before the global body.  FATF’s announcement that Iran has made a “high-level political commitment” to adopting and implementing its Action Plan is a positive sign that Tehran will find the political will to push through necessary reforms to its current banking laws.

Second, FATF suspended its call for Member-States and other jurisdictions to impose counter-measures against Iran and its financial institutions for a period of 12 months while Iran takes steps to comply with the terms of the agreed-upon Action Plan.

This is an important step – not just for Iran but for the United States and the rest of the international community as well.  By suspending the call for counter-measures, FATF has taken care to recognize the steps that Iran has taken to reform its banking laws according to global standards, all the while continuing to incentivize further progress from Iran.

The steps taken by Iran have been significant: Iran adopted a CFT law for the first time; Iran pushed through amendments to its AML law to address what FATF had regarded as persistent deficiencies; and Iran joined the Eurasian Group – a FATF-style regional body – with observer status.   The Action Plan calls on Iran to build on this progress and strengthen the scope of its laws and their enforcement.  Suspension of the call for counter-measures is a fair reward for Iran’s newfound dedication to reforming its AML/CFT regime.

The ball is now in Iran’s court.  Implementation of the Action Plan will lead to Iran’s rescission from FATF’s blacklist – a decision whose ramifications could include changes to U.S. sanctions laws.  Considering U.S. support for and assistance to FATF, such a change to Iran’s status before the global body could lead to the rescission of Iran’s Section 311 designation as a jurisdiction of primary-laundering concern.  That would signal fundamental change to the U.S. posture towards Iran.

Taking Iran off the FATF blacklist — leaving only North Korea as a high risk jurisdiction — could also alleviate some of the concerns of foreign banks that have been reluctant to return to the Iranian market to finance new trade and investment following removal of nuclear-related sanctions. That would provide a needed boost to implementation of the Joint Comprehensive Plan of Action and bolster the government of President Hassan Rouhani, who faces re-election next year.

The Obama administration has an integral role to play as well.  As FATF’s public statement notes, Iran has made a “decision to seek technical assistance in the implementation of the Action Plan.”  Such technical assistance will be sorely needed in Iran, which has no experience implementing and enforcing a rigorous AML/CFT regime.  That can be provided through consultation with the U.S. Treasury Department and other government sanctions experts.  As demonstrated by last April’s meeting between Treasury Secretary Jacob Lew and Central Bank of Iran Governor Valiollah Seif, some version of this intergovernmental exchange is already likely taking place.

But, as others have suggested, the Obama administration could also adopt a broader licensing scheme to permit U.S. persons to provide the technical assistance for Iranian financial institutions to adopt the kind of banking standards required to come into compliance with global banking norms.  Right now, U.S. persons are prohibited from providing such technical assistance under the U.S. trade embargo.  Nonetheless, the Obama administration has broad authorities to license U.S. persons to provide their technical expertise to Iran so that Iran meets the goals of its FATF Action Plan.  Doing so would be well within U.S. interests, as is self-evident, and could open the door for a broader rethink on the (dis)utility of the U.S.’s comprehensive trade and investment embargo with Iran.

Perhaps most important, though, FATF’s revisions to its public statement signal how broad an achievement the nuclear accord might prove to be.  While the Obama administration has faithfully argued that the nuclear accord was merited regardless of whether it provoked better relations between the U.S. and Iran, the fact of the matter is that the nuclear deal has brought forth incidental but significant benefits to U.S. interests.  By unlocking the door that had needlessly barred high-level diplomatic contacts between the two countries, the nuclear accord has permitted the U.S. and Iran to begin to tackle issues in which there exist mutual interests.  Iran’s recent attempts to come into compliance with FATF recommendations – and the U.S.’s facilitation of Iran’s efforts to do so – provide evidence of this fact.

Tyler Cullis is a legal fellow at the National Iranian American Council.