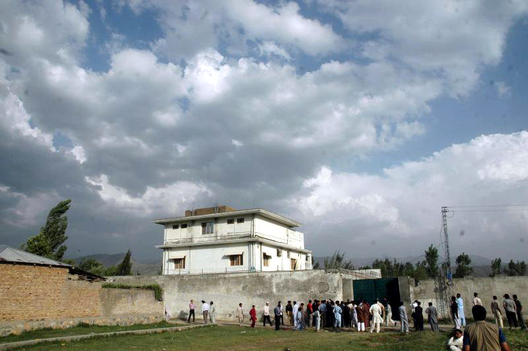 As the United States solemnly commemorates the seventeenth anniversary of the September 11, 2001 attacks, questions about the relationship of Iran and al-Qaeda linger. Over the years, US courts have ruled that Iran provided al-Qaeda support to carry out its signature attacks, namely the 1998 East Africa bombings, the USS Cole in Yemen, and the 9/11 attacks.

Asking members of al-Qaeda to address whether they collaborated with Iran to carry out international terrorism is unlikely to yield a credible response. “Listening in” on what al-Qaeda members, their families and jihadists in their orbit were “saying” about their ties to Iran is far more credible.

To a large extent, analysts are now able to do that, thanks to the internal al-Qaeda communiqués recovered in May 2011 by US Special Forces during the raid on the compound of al-Qaeda leader Osama bin Ladin in Abbottabad, Pakistan. These communiqués, by jihadists for jihadists, were not meant for public consumption.

These documents have been gradually declassified since 2012, and in November 2017, the CIA declassified and released the bulk of what was recovered during the raid, nearly 470,000 additional files. Among these are many letters and other internal documents that mention Iran and that I examined in search of evidence of collaboration between al-Qaeda and Iran for the express purpose of carrying out terrorism. These documents go back to 2004, 2006, 2007 and 2010 through Sunday evening, May 1, 2011, hours before bin Laden was killed. In none of these documents did I find references pointing to collaboration between al-Qaeda and Iran to carry out terrorism. Instead, explicit hostile references to Iran are consistent throughout, displaying the mistrust of bin Laden and other al-Qaeda leaders towards Iranian authorities.

Nevertheless, the documents reveal why al-Qaeda wanted to avoid a confrontation with Iran. One document dated January 2007, likely authored by an al-Qaeda operative, explains that following the fall of the Taliban regime, jihadists fled Afghanistan to Iran out of “necessity.” Iranian authorities, he adds, initially allowed jihadists and their families to reside temporarily in the eastern Iranian city of Zahedan and set “security conditions” to prevent them from communicating with jihadists outside Iran before processing them out, mostly to their home countries. When jihadists violated these terms, the author laments, “everything changed” and Iran’s policy switched in early 2002 to one of arrests and deportation. In March 2003, Iran’s policy changed again, according to the author, and “we’ve come to ascertain, without any doubt, that with the American invasion of Iraq …  the salient and rapid rise of al-Zarqawi, the emergence of the name of al-Qaeda … Iranian authorities decided to keep our brothers as a bargaining chip.”

Among those detained in Iran were members of bin Laden’s family. A two-page handwritten document from July 2004 suggests that Iranian officials sought to use the detainees, including bin Laden’s family, to put pressure on him. According to the letter, Iranian authorities would be prepared to “cooperate,” without explaining how, if bin Laden agreed to rein in Abu Mus’ab al-Zarqawi in Iraq. Towards this end, their intermediary asked “at the very least a letter signed by [bin Laden] in which he gives assurance that the Shia holy sites [in Iraq] are not the target of our [jihadist] brothers.” The al-Qaeda member, Hafiz, who was in contact with this intermediary, sought assurances about bin Laden’s family in return. It is unlikely that “cooperation” followed, because other letters suggest that only in 2009 did Iran begin to release jihadist detainees. One letter indicates that al-Qaeda believed that their release was due to “our efforts, which included escalating a political and media campaign, the threats we made, the kidnapping of their friend the commercial counselor in the Iranian Consulate in Peshawar.”

Members of bin Laden’s family were released in 2010. His letter to his wife Umm Hamza, soon after she reached Waziristan, a jihadist haven in Pakistan on the Afghan border, suggests that he found the Iranians’ decision to be mysterious. “Did you hear anything after your release that caused or forced the Iranians to release you in the first place, or in the direction of Waziristan in particular?” he asked her. He feared that this was an Iranian plot to track him down, and therefore asked his family to leave behind everything they brought with them from Iran. “Since the Iranians cannot be trusted,” he wrote to his family, “it is probable that they would plant a tracking device in some of the belongings” even as small as a pill.

Bin Laden’s mistrust of Iran is vividly illustrated during his conversations with members of his family. Indeed, one of the Abbottabad documents allows us to be a fly on the wall in the bin Laden household in Abbottabad. It is a long handwritten Arabic document, totaling 220 pages. It was likely written by the al-Qaeda leader’s daughter, possibly but not conclusively, Miriam, and consists of transcribing family gatherings during which bin Laden and his family were summarizing and commenting on news related to the Arab Spring.vThe transcribed gatherings date from March 6, 2011, and end on Sunday evening, May 1, 2011, hours before bin Laden was killed. It is the second such notebook in the Abbottabad compound, the first one may or may not have been recovered during the raid.

The events of the Arab Spring caused bin Laden to reconsider al-Qaeda’s strategies and the role it should play on the world stage. He was a spectator, not a driver of the events, and the document illustrates how his thoughts were shifting. Though he was hoping and expecting that all the regimes in the Middle East would fall and was trying to find a purposeful role for al-Qaeda to play during this historical period, at no point did he entertain the thought of collaborating with Iran to hasten the collapse of the regimes. References to Iran were marginal, and consistently negative. Iran is mentioned in relation to the events in Bahrain, where Saudi Arabia intervened to put an end to the protests that broke out there. Bin Laden was concerned as to whether Iran would choose to mobilize the Shia in the Gulf because “if Iran chooses to escalate,” he told his family, “it can do so, for betrayal (ghadr) is intrinsic [to its politics].”

The Abbottabad papers provide an unparalled insight into al-Qaeda’s inner workings beyond its contested relationship with Iran. Further studies of these documents would serve as an excellent vehicle to provide deeper insights into the thinking and workings of this dangerous terrorist organization.

Nelly Lahoud is a senior international security program fellow at the New America Foundation. She is the author of Al-Qa‘ida’s Contested Relationship with Iran: The View from Abbottabad and a former senior associate at the Combating Terrorism Center at the US Military Academy at West Point, and was the lead author of the report that analyzed the first batch of declassified Abbottabad files.