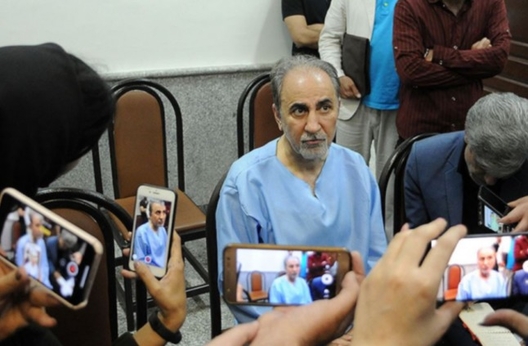 In Iran, as in other societies, citizens wish to see those in high political office as exemplars of positive values and ideals such as virtue, decency and morality.If an official of the Islamic Republic is caught in a scandal, he or she is likely to be removed or forced to resign. Still, Iranians have become used to financial corruption. But the case of former Tehran mayor and education minister Mohammad Ali Najafi—who has confessed to shooting to death his second wife—has profoundly shocked the nation, touched off a debate about polygamy and domestic violence and become enmeshed in Iran’s bitter factional politics.

Najafi, 67, is a graduate of MIT and Tehran’s elite Sharif University who has served in a variety of posts since Iran’s 1979 revolution. He resigned as the mayor of Tehran in April 2018, citing failing health as the reason. Soon afterwards, however, he married for a second time. His new wife, Mitra Ostad, 35, announced the marriage in a post on her Instagram account.

On May 28, Najafi turned himself into police and confessed in a bizarre televised jailhouse interview to murdering Ostad. The fact that Najafi used a gun was also unusual given that few Iranians are allowed to carry such weapons. Najafi explained that he had permission to have a gun when appointed as minister of Culture and Higher Education in 1980s, due to terror attacks in that period. But he said the permission had expired in 2017 and he had forgotten to renew his license or relinquish the weapon.

Many Iranians followed the news, rumors and comments about the case on social media. For 72 hours, it was the most searched topic by Iranian users on social media platforms. Even though two weeks have passed since the crime, it is still being discussed and circulated on Telegram channels and Instagram.

At a recent Ramadan Iftar ceremony, Heshmat, a nutrition specialist, told this author that she was still shocked that a respected and distinguished professor and technocrat could have committed such an act.

Nasrin, a graduate student majoring in economics at Tehran University, said she was surprised and disappointed to learn that Najafi had married a woman close to her own age and that of the former minister’s daughter. Najafi, Nasrin said, had already damaged his reputation by taking a second wife while still married to his wife of 42 years.

Under Islamic law, a man is theoretically allowed to have up to four wives, but the practice is increasingly controversial in Iran and some couples agree to prenuptial agreements that ban polygamy. In fact, polygamy has never become common in Iran and remains a taboo.

The case also has had political ramifications since Najafi is identified with Iran’s reformist current and is a founding member of the Executives of Construction party created by the late President Hashemi Rafsanjani. Many analysts suggested that hardliners—who control Iranian state media—were behind the decision to publicize Najafi’s confession on state TV. A clip, posted by the Islamic Republic of Iran Broadcasting and widely shared on social media, shows the same reporter who interviewed Najafi handling the gun that was said to have been used in the murder, and even went as far as removing the magazine and touching the bullets. Many of those commenting on social media asked why the reporter was given access to evidence before the case had even been referred to court.

Najafi had been a pillar of the establishment, serving as Minister of Education, Culture, Higher Education and Science, and Head of the Budget and Planning Organization as well as mayor of Tehran. Hardline newspapers used his prominence and long record to try to tarnish reformists in general. For example,Vatan newspaper ran a headline over its story about the murder: “Shooting at the heart of reforms.”

The reformists, however, said that it was wrong to generalize about the party because of the personal misdeeds of one member, however well known. Some reformist newspapers also used the misogynistic tactic of blaming the victim, suggesting that Najafi’s second wife had been used as a honey trap by hardline intelligence operatives to tarnish the reformists—as if this somehow justified her murder.

According to a June 9 story on BBC Persian, Gholamhossein Karbaschi, director general of the Executives of Reconstruction Party and himself a former mayor of Tehran who faced legal challenges in the 1990s, claimed that he had warned the reformists about the selection of Najafi by the city council and that as a result, Najafi’s appointment had been delayed. Karbaschi said the reformist members of the council insisted on Najafi instead of one of Rafsanjani’s sons, Mohsen Hashemi, and forced President Hassan Rouhani to intercede with the interior minister to confirm Najafi as Tehran mayor.

Mohsen Mirdamadi, another well-known reformist, denied that Karbaschi had warned reformists about Najafi’s affair with the woman who became his second wife. Mirdamadi said Karbaschi’s preference for Mohsen Hashemi was based on personal considerations.

Akbar Ganji, an outspoken journalist now living in the West, thoroughly discussed the use of women as “red sparrows” or “honey traps” by intelligence units since the 1990s as a standard tool for discrediting political opponents and pursuing domestic and international policies. Ali Motaharri, a prominent member of parliament, condemned the possible use of “sparrows” by intelligence agents in a country that purports to be governed by Islamic law. The Iranian Intelligence Ministry has strongly denied having any kind of contact with Najafi’s second wife.

Iranians will undoubtedly continue to follow the case closely to see how the Judiciary handles it and whether Najafi will ultimately face capital punishment for the crime.

Tahereh Hadian-Jazy is a free-lance writer in Iran. She holds a masters degree in modern Middle Eastern studies from Oxford University and has been accepted for a PhD at the University of St. Andrews.