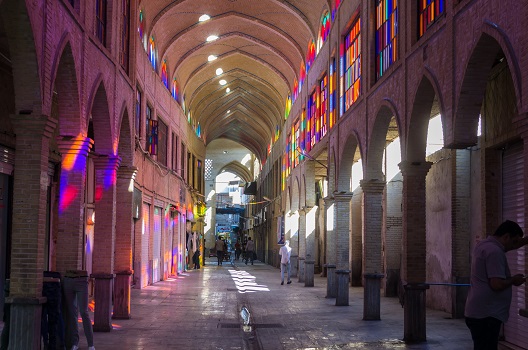 Tehran – President Donald Trump’s all-cap Twitter threats that Iran would “suffer consequences the likes of which few throughout history have ever suffered before” if it got into a war with the United States has only compounded a sense of gloomy expectation in the Iranian capital.

Judging from this author’s recent visit to Tehran, Iranians are resigned to life getting even worse and are at a loss as to how to prevent that.

The imminent reintroduction of secondary sanctions has dashed expectations that life would improve in the wake of the 2015 Iran nuclear accord. Prices of essential goods have almost doubled compared to a year ago, mainly due to the devaluation of the currency caused by the US withdrawal from the Joint Comprehensive Plan of Action (JCPOA) and internal competition within the political elite.

Iranian President Hassan Rouhani has declared that the cause of the devaluation of the Iranian Rial is  “jange-ravaani” or psychological warfare by Washington, which has been magnified by the media. However, the fact remains that European companies have been steadily leaving Iran since Trump withdrew from the JCPOA on May 8. There is a sense of deep and widespread disappointment, not only within the Tehrani middle class, which is experiencing reduced purchasing power, but even more so among blue-collar urban workers and other low-income Iranians who lack access to hard currency and are struggling merely to buy rice and other essential goods.

Walking on the streets of the capital, a foreign visitor senses Iranians’ feelings of pessimism and profound distrust. The “regime change” promoted by some in the Trump administration and in the Iranian diaspora hoping for an imminent collapse of Iran’s system of government seems extremely unlikely. But discontent is widespread at the perceived inability of Iran’s institutions to respond effectively to growing economic and environmental challenges.

Bazaaris are struggling to sell goods at higher prices, yet they do not represent the most damaged segment of the population. Even in the northern districts of Tehran, in the large shopping centers where middle-class Iranians congregate in the summer to avoid the heat, customers are balking at higher prices for imported goods. On the slopes of the Alborz mountains, another traditional respite from Tehran’s heat and pollution, evidence of frustration is also rife.

Taxi drivers stuck in traffic jams between Imam Khomeini Square and Enghelab (Revolution) Street complain about the late and insufficient responses of the government to the crisis. Some accuse the system of being too confrontational and hence damaging the national interest. Others say it was the United States that violated the JCPOA and nullified Iran’s efforts to open to the West. Whoever bears the most blame, it is hard to see a bright future for the stabilization of the internal economy. Some citizens of the capital hope for a strong intervention by Europe, Russia and China, whose economic penetration of Iran has grown under sanctions that were tightened in the run-up to the JCPOA.

Owners of restaurants, which had proliferated in Iran as gathering places for the elite, are struggling to remain in business due to the increase in imported food prices and customers’ loss in purchasing power. Educated young people are increasingly looking for jobs abroad, despite the profound difficulties in obtaining Western visas. Meanwhile, farmers driven off their land by water shortages and drought are moving to Tehran to work as taxi drivers or search for other temporary employment.

Alternatives to the Islamic Republic’s system are not obvious. Some people are simply resigned to facing a period of strong economic difficulties, as Iranians have had to do so often in the past 40 years. Others cynically observe that radical political change would not necessarily be an improvement. Many point to post-2003 Iraq as a disastrous model to be avoided and still hope for more structural reforms within the nezam (system) without the risk of anarchy and political chaos that could be easily exploited by external players.

Once again, Iranians are showing their deep dislike of the political class while at a loss for viable alternatives. Many Iranians still hope that the political elite can reduce its confrontational attitude to face and mitigate the increasing deterioration of the economy. They fear that the more the political system weakens, the harder it will be to overcome economic difficulties. On the other hand, Iran has survived international isolation in the past and found a way to maintain stability. For now, Iranians are awaiting the future with stoic pessimism.