The Islamic Republic has long been, and remains, a leading executioner. Despite sustained international pressure, in 2021, the rate of executions increased 26 percent from the previous year. According to the US-based Human Rights Activists in Iran, 299 individuals were executed that year. Of the 299 documented executions, drug-related offenses continued to account for a high percentage of total numbers, reaching 40 percent overall. Between April and July 2021, nearly half (48 percent) of a staggering eighty-two executions were for drug-related offenses. In August 2021, in a particularly egregious move, two juvenile offenders were executed for drug-related offenses. The list goes on.

It’s important to note that many of those executed for drug-related offenses are Afghan migrants. In October 2021, reports of a “wave” of mass-style executions involving Afghan migrants in northeastern Iran’s Razavi Khorasan province sparked concern. In one day, authorities at Torbat-e Jam prison executed eight individuals, including Mohammad Sadeght, a 22-year-old Afghan migrant. Around the same time, seven individuals were executed in Mashhad, 163 kilometers south of Torbat-a Jam, at Vakilabad prison, and five in Taybad prison, near Iran’s border with Afghanistan. These, like 88 percent of executions in Iran, weren’t reported publicly, calling into question the actual numbers of those executed, which is presumably higher.

While Iran moved to amend drug laws in 2017, officially increasing the threshold for applying the death penalty, scores of individuals continue to face execution for drug-related offenses. While some were optimistic and welcomed the shift at the time, they viewed the move as an attempt to improve Iran’s outward image as a leading executioner. It’s unclear whether Iran views executing over one hundred individuals on drug-related charges as a “good” image. However, one thing is certain: the international community shouldn’t.

According to the United Nations Human Rights Committee, the use of the death penalty, where not abolished, must only be used for the “most serious crimes.” Thus, under no circumstances should an individual be executed on a drug-related offense. The very concept flies in the face of Iran’s international human rights obligation to protect the right to life. The ongoing application, in this instance, should be seen as a state-sanctioned arbitrary deprivation of life. Still, Iran’s archaic and persistent use of the death penalty is an ongoing and well-documented practice that continues to negatively impact those that find themselves wrapped up in Iran’s deeply flawed judiciary system.

In line with its international obligations, Iran should move to abolish the use of the death penalty in all cases that do not meet the threshold of “most serious crime.” In fact, if it’s a so-called “improved image” Iran is after, abolishing the death penalty for all drug-related offenses, while not enough, would nearly cut the figure in half—likely placing Iran behind China, Saudi Arabia, and perhaps Iraq, according to figures on global execution.

In addition, Iran must guarantee that fair trial standards are observed. In no circumstance should executions go unreported. Drug-related offenses are tried in Iran’s revolutionary courts, which notoriously lack independence and impartiality and are headed by some of Iran’s most notorious rights violators. Gholam-Hossein Mohseni Eje’i, chief of Iran’s judiciary, is sanctioned by the United States and European Union (EU) relating to egregious human rights violations.

Governments and intergovernmental agencies, including the United Nations Office on Drugs and Crime (UNODC) and the EU, that engage with Iran to combat illicit trafficking of drugs across its border have a responsibility to, in tandem, apply sustained pressure on Iran to halt the practice of executing drug offenders. UNODC contributor countries share this responsibility.

In November 2021, UNODC announced a renewed partnership with Iran. In part, the UNODC renewed its commitment to work towards “modernizing criminal justice measures” and to “promote a fair and accountable criminal justice system in line with relevant UN conventions.” With 40 percent of total executions attributed to drug-related offenses, this is no small undertaking. It is imperative that in any engagement with Iran, space is made for discussions about the human rights situation, including the alarming rate of executions emanating from unfair trials. This type of diplomatic multi-tasking is of paramount necessity to move the needle forward on Iran’s respect for human rights.

At the start of 2022, there are serious concerns regarding a recent spike in executions. During the past few weeks, Iran executed forty-nine individuals—fourteen in ten days alone. Of the forty-nine, ten can be attributed to drug-related offenses. Sentencing data also indicates a spike in the issuance of the death penalty. In the same recent thirty-day period, ten individuals were sentenced to death, including 27-year old Wushu champion, Yazdan Merzaei, on drug-related charges. Without sustained pressure and international attention to the matter, thousands will continue to face imminent execution in Iran’s prisons for drug-related offenses and more.

Read HRA’s 2021 Annual Report for an in-depth analysis of execution trends and more. 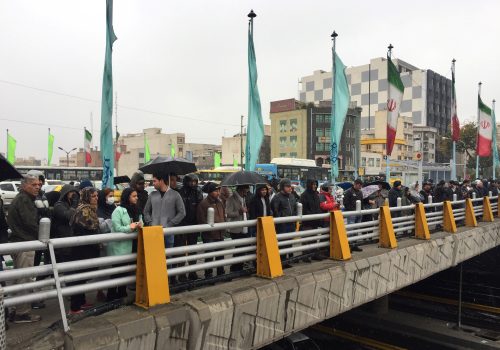 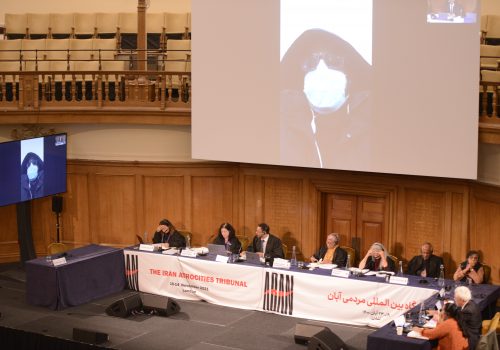 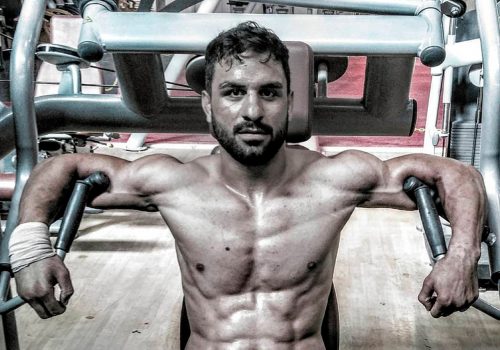 #Don’tExecute: A semi-successful campaign against capital punishment in Iran

For the third time in less than two months, Iranians took to Twitter in late August to express their outrage over another death sentence handed out to a protester.