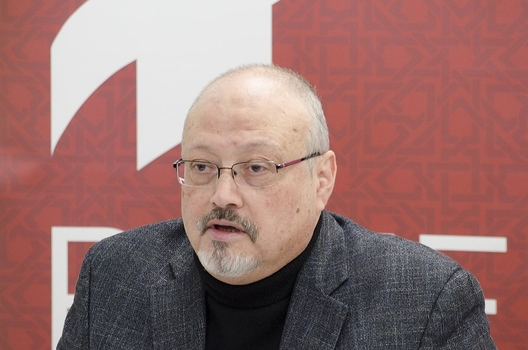 With international attention glued to the gruesome murder of Saudi journalist Jamal Khashoggi for the past few weeks, Turkey, Saudi Arabia and the United States have struggled to gain the upper hand over the narrative while Iran has largely been a contented bystander.

The crime has weakened the position of Iran’s arch rival at least temporarily and severely undermined, if not, destroyed the “reformist image” of powerful Saudi Crown Prince Mohammed bin Salman. Subsequent denials and clumsy cover-ups have further damaged Saudi Arabia’s reputation and could indeed upset the power balance in the Middle East.

The United States and the three big European countries—Germany, France and Britain—have condemned the murder and demanded accountability. US Secretary of State Mike Pompeo announced October 23 that sanctions would be applied to twenty-one Saudis implicated in the crime. He said their US visas would be revoked and they would be denied future visas.

Germany called the initial explanations by Riyadh “inadequate” and questioned whether countries should sell arms to Saudi Arabia, while France and the European Union (EU) urged an in-depth investigation to find out exactly what happened to the Washington Post columnist after he entered the Saudi consulate in Istanbul on October 2. German Chancellor Angela Merkel called Khashoggi’s death monstrous and said her country would suspend arms exports to Saudi Arabia until the case is clarified.

EU foreign policy chief Federica Mogherini said the “emerging circumstances” of Khashoggi’s death were “deeply troubling” and called for a “continued thorough, credible and transparent investigation.” Australia and New Zealand joined a growing list of countries and businesses that boycotted an investment conference in Saudi Arabia that began on October 23.

Besides Iran, the country that appears to have gained the most from the murder is Turkey, which has been dribbling out gory details through press leaks. Turkish sources say the authorities have an audio recording purportedly documenting Khashoggi’s murder inside the consulate. President Recep Tayyib Erdogan noted on October 23: “Covering up a savage murder like this will only hurt the human conscience. We expect the same sensitivity from all parties, primarily the Saudi Arabian leadership… we expect them to uncover all those responsible for this matter from top to bottom and make them face the necessary punishments in front of the law.” Erdogan called the murder “premeditated” and appeared to be appealing to Saudi King Salman to dismiss his son as crown prince.

The uproar over Khashoggi’s killing comes at an awkward time for the Trump administration, which is trying to increase pressure on Iran in advance of more sanctions coming back into force on November 5. Saudi Arabia is Iran’s main regional rival and has sought to persuade the United States to confront Iran, especially since the conclusion of the nuclear deal in 2015.

The international community’s forceful condemnation of Khashoggi’s murder has favored the Iranian position to the extent that it did not feel obliged to comment officially on the killing until the Saudi government confirmed Khashoggi’s death inside the consultate. On October 23, Sadegh Larijani, the head of the judiciary in Iran, accused Saudi Arabia of setting “out to cover up this crime with the help of the West and recently, when it was forced to acknowledge it to whitewash its corrupt system, [claiming] that some rogue elements committed this crime.” President Hassan Rouhani weighed-in the following day: “I don’t think that a country would dare commit such a crime without the protection of America.”

Ordinary Iranians approve of the cautious stance of the Iranian government in commenting on the murder while letting Turkey take the lead in condemning the Saudis.

An Iranian businessman who asked that only his first name, Ahmad, be used said it was wise for the Iranian government to take a neutral position and merely watch the international community condemn the Saudi scandal. He predicted that the incident would bolster Iran’s position.

While President Donald Trump has made clear that the US intends to maintain its strong relations with Saudi Arabia in part because of lucrative arms sales, he has been under continuous pressure from the media and even members of his own party to hold the Saudis accountable and impose some sort of punishment. There is also a rising movement of protest in the US Congress against the Saudi war in Yemen, which has led to the world’s worst humanitarian disaster.

Republican Senator Lindsey Graham, who has grown close to the president, has been among the most forceful in condemning Khashoggi’s murder by the Saudis. Graham said Saudi Arabia’s de facto leader, Crown Prince Mohammed bin Salman, was “toxic” and could “never be a world leader on the world stage.”

Many Iranians who shared their views with this writer believe that the Trump administration will still try to whitewash this inhumane act by allowing the Saudis to punish those who carried out the murder but not the man who ordered it.

Still it is likely that the murder will undermine the Saudi government’s regional strategies against Qatar and Iran as well as its campaign in Yemen. If Khashoggi’s death also triggers a more critical US attitude toward Saudi Arabia and bolsters Turkey, that would be welcome developments for Iran and shift the balance between the Iran-Turkey-Syria-Iraq nexus on the one hand and a Saudi-led anti-Iran coalition on the other.

Tahereh Hadian-Jazy writes on women’s rights in Iran and the Middle East. She holds a Masters degree in modern Middle Eastern studies from Oxford University and has been accepted for a PhD at the University of St. Andrew.