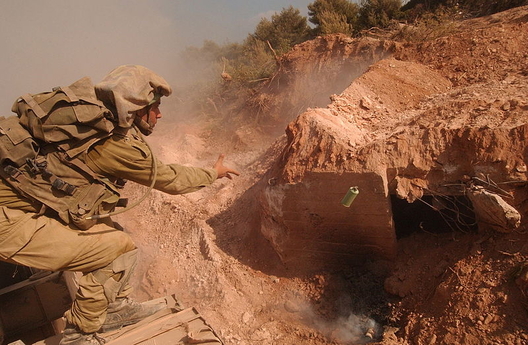 On its thirteen anniversary, UN Security Council Resolution 1701—intended to degrade and disarm the Lebanese militant group Hezbollah—is no closer to fulfilment than on the day it was passed.

To the contrary, Hezbollah is now stronger, while the Lebanese government—the party primarily responsible for implementing 1701—continues to passively permit the group’s military build-up. Beirut’s dereliction is not solely a result of intransigence. Rather, Lebanese sectarianism, and Hezbollah’s political alliances and entrenchment among Shias make 1701 inherently unworkable. Instead of admitting this, the international community and the parties most concerned—namely Lebanon and Israel—continue fostering the illusion of 1701’s efficacy. Rather than making war less likely, this guarantees its inevitability.

Lebanese officials routinely verbally reaffirm their commitment to Resolution 1701. Often, this is coupled with pointing out Israel’s simultaneous violations of the resolution through its near-daily aerial incursions into Lebanese airspace, transgressing 1701’s demand to respect Lebanon’s territorial sovereignty and the Blue Line, the border demarcation zone between the countries. However, 1701’s most critical obligations—which remain largely unimplemented—devolve upon Beirut.

Resolution 1701 obligates the Lebanese State to end Hezbollah’s unfettered military activities in its territory. Yet, save for the ineffective deployment of the Lebanese Armed Forces (LAF) to south Lebanon, Beirut has failed to fulfill the most critical of its 1701 obligations: Hezbollah remains armed and active in south Lebanon, and continues to receive both arms and foreign fighters from abroad. The group now even owns missile production and upgrade factories in Lebanon.

Beirut has also broken its own voluntary recommitment to apply the principles of the 1949 Israeli-Lebanese General Armistice Agreement to the current conflict between Hezbollah and Israel, namely to prevent the group from conducting any “warlike” or hostile acts against Israel from within Lebanon, or advancing beyond the Blue Line “for any purpose whatsoever.” To the contrary, earlier this year, Israel revealed Hezbollah has been digging a network of attack tunnels across the border since at least 2014, in some cases feet away from LAF and UN positions.

In Lebanon’s current political climate, these provisions are impossible to implement. Hezbollah’s allies currently hold the presidency, a parliamentary majority, and most of the cabinet, including key ministries. They would never endanger their politically lucrative alliance with the group by attempting to disarm it.

Yet, even under ideal conditions, Resolution 1701 would remain unworkable.

When the Security Council passed the resolution in 2006, the fortunes of the sovereigntist March 14 alliance—often dubbed “pro-Western”—appeared on the rise. The international community had high hopes this political alliance could contain Hezbollah.

However, even then, Beirut was unable to implement the resolution’s demands. In 2008, Hezbollah demonstrated how it would react to any governmental attempt to curtail its power. It declared war when Fouad Siniora’s government moved to dismantle its telecommunications network and dismiss Rafik Hariri International Airport’s pro-Hezbollah security chief. The group took over Beirut by force and coerced the Siniora government into reversing course.

A Lebanese governmental attempt to carry out a wider disarmament of the group would elicit a more forceful response from Hezbollah. In an extreme case, it could even spark another Lebanese civil war. A sizeable portion of Lebanon’s Shia community—even those who don’t share Hezbollah’s religious or ideological beliefs—view the group as the guarantor of their political and social equality, and their protector against foreign armed threats. In their view, disarming Hezbollah would strip the group of its power to defend them and would thus be interpreted as a direct assault against them.

That is enough to give Hezbollah’s Lebanese opponents pause. The memory of their destructive fifteen-year internecine conflict—which ended in 1990—is still fresh to many Lebanese citizens and political figures. Moreover, the group’s opponents know they can’t win such a conflict were it to erupt, and this should likewise concern outsiders—even, or perhaps especially, Lebanon’s Israeli opponents.

In another civil war, Hezbollah would be able to draw on its large arsenal, expanding Lebanon-based military infrastructure, superior warfighting expertise. It could also rely upon sizeable foreign assistance, including Iranian and foreign Shia reinforcements, and a continuous stream of funds and weapons from Tehran.

Its opponents would lack similar means. The Taif Agreement—which ended Lebanon’s last civil war—disarmed and disbanded all other Lebanese militias, leaving them virtually powerless to engage Hezbollah in any long-term confrontation. Moreover, their lack of military training or organization would make outside military aid futile.

Hezbollah’s opponents cannot count on foreign military intervention, either. Even countries that intervened in the past—like the United States, France, or Israel—would hesitate to deploy forces to again attempt to sort out Beirut’s internal problems, having been chastened by their failed foray into Lebanon’s last domestic conflict.

Hezbollah would emerge victorious much like it did in Syria’s Civil War, but faster—catalyzing its unobstructed domination of Lebanon and decimation of any remaining opposition.

As it relates to Resolution 1701, this dynamic results in, at best, Lebanese inertia against Hezbollah to avoid a civil war or domestic tensions. At worst, high-ranking Lebanese officials actively cover up for the group to deny Israel justification for war. Meanwhile, the international community idly awaits Lebanon’s fulfillment of its 1701 obligations, while Hezbollah’s military strength grows unchecked.

While Lebanon is ultimately responsible for controlling Hezbollah, the international community has an overriding collective interest in curtailing the group—if only to prevent another war with Israel. It therefore cannot continue waiting for Lebanese state action, which will likely never come. While Resolution 1701 should remain in place as an aspirational benchmark—and a reminder to Beirut of its unfulfilled responsibilities—the international community must seek solutions to curb Hezbollah’s growing strength that bypass any reliance on the Lebanese state.

Last November, a LAF brigadier general remarked that south Lebanon was the country’s calmest military sector. Yet, as the revelation of Hezbollah’s tunnel network months later demonstrated, that calm is illusory. Full implementation of Resolution 1701 by Lebanon is not currently an option, and continuing to depend on the 1701 regime producing results will only facilitate Hezbollah’s inexorable march towards another destructive war with Israel.