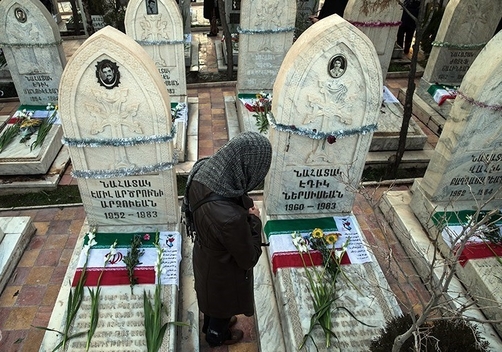 Before joining the Trump administration, National Security Advisor John Bolton penned an article on how to pull out of the Iran nuclear agreement. In it, he also advocated helping ethnic minorities in Iran. Like previous American administrations, the Trump Administration seeks regime change in Tehran. And like the current White House, but more fervently, the Washington establishment assumes Iranian minorities will join in what is being called in certain circles “transformative change.”

Recent nationwide demonstrations in Iran—over the state of the economy, Tehran’s regional activities, corruption, and general disenchantment with the Islamic government—are strengthening the Trump administration’s hopes. But attempts to catalyze religious or ethnic minority protests as a means to transform the Islamic Republic have been a failed US policy for almost as long as the theocracy has existed. This time will be no different. History demonstrates ethnic and religious minorities will neither spur nor lead regime change.

Minorities have worked for more than a century to be incorporated into the modern Iranian nation-state. Most notably, Christians, Jews, and Zoroastrians—with the Shia majority—sought to form a constitutional monarchy in 1905. These groups argued for formal inclusion in a new constitution. After all, they, too, fought and bled for the cause of a free and democratic Iran—and are protected religious classes in Islam.

Similarly, minority representatives and their supporters argued that these communities have lived on the lands for millennia—long pre-dating Islam—and have, since ancient times, constituted its history and culture as well as political and economic institutions. The Shia majority agreed and incorporated the political and civil rights of these communities in the 1906 Constitution.

Under the Pahlavi dynasty, Reza Shah and Mohammad Reza Shah sought to reconstruct and resurrect Iran. They envisioned an Iran that combined the glories of pre-Islamic Persia with modern technologies and institutional practices. This meant settling nomadic tribes and transferring the power of provincial sheikhs and tribal leaders to Tehran. It also meant doing what most countries at the time did to assimilate their populations: programming a uniform school curriculum, eliminating publications and news in non-Persian languages, instituting mandatory military service, and carrying out other acts that either imposed the state’s ideology on the populace or encouraged its compliance. These actions caused riots, rebellions, and secessionist movements on the northern and southern borders of Iran.

Before, during, and after World War II, the Soviet Union and Britain sponsored and supported these events in Iran. Both countries used minority discontent to colonize areas rich in natural resources such as oil. In turn, per the research of this academic, the entire Iranian political spectrum increasingly viewed each minority group as a possible “fifth column,” a term that became entrenched through use by the Allied Forces and particularly the American press’ description of the German presence in Iran. After World War II, Iranian publications increasingly mentioned a suspected collaborator’s ethnicity or religion. Distrust of these groups grew and exacerbated existing tensions. It’s this history that American advocates of regime change mistakenly believe will now erupt again with US support.

Why mistakenly? To begin, the Pahlavi state and minority communities increasingly formed a dialogical relationship after monarchical power was consolidated and the security state established in the 1950s. With the borders secured, Mohammad Reza Pahlavi focused on producing his vision of Iran. He considered ethno-religious groups to be Iranian so long as they adhered to his vision. Those who supported Iran in the first half of the century became even more devout to the religion of the secular nation-state. More minorities supported the Pahlavi State because it rewarded all loyal subjects. Eventually, memories of the fifth column minorities receded as communal participation swelled.

As Iran grew more powerful under the Pahlavis, so did its opposition. For four decades, the Pahlavi state and its opposition battled over distinct visions of a future Iran. Everyone—active and non-active participants—experienced this conflict. Because minorities were integral to Iranian society, they were sought after as both partisans for and against the state.

By 1979, communal groups were no different from the monarchists, liberals, left, Khomeinists and other major groups seeking to bring about their idealized Iran. The conflict over contending visions of Iran had engendered a sense of “Iran” as the sacred above other motivators including self-interest. The Pahlavi period produced an allegiance to Iran. As a result, all communities—including ethnic and religious minorities—became willing to sacrifice for Iran.

Responding to the Iraqi invasion, minority group representatives immediately asserted their communities’ desire to defend their country. Zoroastrian, Jewish, and Christian communities not only offered their support in national newspapers like Kayhan, but also took action. Communal groups volunteered to defend Iran. Archives examined by this academic show that at the start of the Iran-Iraq War these communities, like the Islamic Republic, generally viewed the invasion as a US-supported aggression to destroy Iran.

Iranian religious communities largely defended the land of Iran when the war was defensive in nature, according to this academic’s research. Christian Armenians essentially saved the country at the start of the Iran-Iraq War. Zoroastrians went to the front lines. Arab Ahwazis neither revolted nor fought for Saddam Hussein’s forces; they did not form the fifth column Saddam and others expected to help defeat Iran. Jews also served in defensive war efforts. Baha’is, despite a long history of Iranian government and clerical persecution, volunteered. Individuals from political minority groups outlawed by the Islamic Republic also joined war efforts at the beginning.

This August marks thirty years since the end of the Iran-Iraq War. Iranians think differently about the war now than during the 1980s. For the Iranian people, the war shaped their society, cemented the formation and empowerment of the Islamic Republic, and solidified distrust of the US and the international community. Despite antagonistic views of the Islamic Republic itself, ethnic, religious, and political minorities who participated in that war—like the larger society in which they live—generally have no regrets about having done so. They remain nationalists of the land of Iran.

For these reasons, when the Bush Administration significantly contemplated invading Iran for a three-year period during 2004 to 2007, even minority groups vehemently protested. Iranians argued they had the right to peaceful nuclear development, sought to help the US in the war against Al-Qaeda, and didn’t want the “transition to democracy” forced upon Iraq. The most ardent leftists and ethno-religious minorities spoke heatedly about America’s historical military belligerence interfering with the right of Iranians to choose their government. This included Azeris and Armenians, who have the ability to leave Iran for states formed from the former Soviet Union. Audio-visual materials aimed to revive and solidify Iranian nationalism buoyed anger at the US and the international community believed to support and condone American interventionalist behavior.

Taken together, no significant historical and current evidence supports the Trump administration’s policies specifically aimed at employing Iranian minorities against the Islamic Republic. Like generations before them, these minority groups are tired of being used by one side and scapegoated by the other. The constant focus on minorities only serves to justify the Islamic Republic’s suspicion of them. These communities are the ones who pay for America’s obsession with Iran and its concomitant policy errors.

That these Iranians want a better life and future for their country doesn’t make them supporters of regime change. It means minorities are also nationalists and won’t lead any potential regime change plans.

Neda Bolourchi is a post-doctoral assistant professor at Rutgers University and a visiting researcher at Princeton University. Her dissertation focuses on “speaking and acting religiously” in nationalistic terms in pre-revolutionary Iran. Her work has appeared in a number of publications including the Journal of the American Academy of Religion, The Islamic Monthly, Encyclopaedia Iranica, the Iranian Studies Journal, and Praeger Security International.