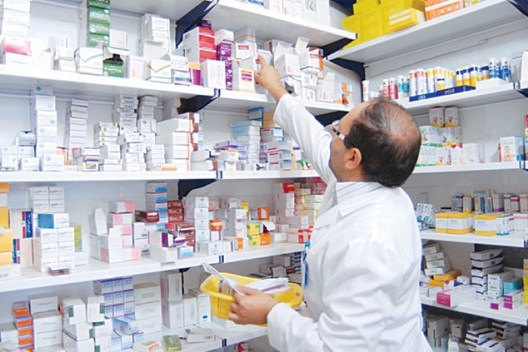 As part of its efforts to salvage the Iran nuclear deal, Europe is on the verge of launching a special purpose vehicle (SPV)—a payment mechanism described as “a legal entity to facilitate legitimate financial transactions with Iran.” Yet while Europeans see this mechanism as both legitimate and necessary, the SPV is regarded by the Trump administration as an attempt to evade US sanctions and is thus vulnerable to retaliation from Washington.

As Esfandyar Batmanghelidj and I argue in a new report for the European Leadership Network and Bourse & Bazaar, establishing a humanitarian SPV (H-SPV) would enable the European Union (EU) and European governments to sustain vital trade with Iran while holding the Trump administration accountable for its promises not to target the Iranian people.

Supporting humanitarian trade with Iran is imperative. Even before the reimposition of sanctions in November, reports of medicine shortages and rising food costs pointed to the pernicious effect of sanctions and fresh analysis of European exports data shows a steep decline in sales of pharmaceuticals to Iran, especially from the country’s top European suppliers. Meanwhile, cargoships carrying agricultural products to Iran are reportedly held off the Iranian coast and unable to unload their goods as sanctions have disrupted payment channels.

Humanitarian trade, which includes food items, agricultural commodities, medicine and medical supplies, is broadly accepted to be exempt from sanctions, as is trade in most consumer goods. Yet it has become clear that these exemptions are proving insufficient to sustain the import of foodstuffs and medicines to Iran at sufficient volumes.

The establishment of an SPV is one possible solution to the banking conundrum. However, the US Treasury Department could target entities participating in the SPV, even if it does not involve financial channels that pass through the United States. In a recent briefing, Special Representative for Iran Brian Hook stated that the “US will not hesitate to sanction any sanctionable activity in connection with our Iran sanctions regime,” suggesting that the SPV would be targeted if it facilitates trade in sanctionable commodities, such as oil.

To reduce the risk of US retaliation, European governments should create separate vehicles for sanctionable and non-sanctionable trade. By first launching a humanitarian mechanism, European leaders will be able to ensure that it can be used by businesses to boost trade with Iran—especially in food and medicine—as soon as possible. A declared humanitarian purpose would also improve the likelihood of success as companies already engaged in humanitarian trade are those currently conducting trade through precarious financial channels.

Policymakers and business leaders envision different models for the SPV. Policymakers seem inclined to establish it according to a “compensation” or “netting” model. Following this model, the H-SPV would serve as the coordinator of humanitarian trade payments between Europe and Iran, receiving documentation for a given transaction from the exporter and importer, conducting due diligence, and issuing payment instructions to the importer according to a ledger of trade. In such a model, the H-SPV would serve to facilitate money transfer without the movement of funds between the European and Iranian financial systems, reducing pressure on banks.

In a more advanced model, the H-SPV would serve as a counterparty in the flow of goods and payments between exporters and imports. In such a “back-to-back” model, an Iranian importer would receive goods and make payments through a European state-owned entity and a European company would avoid having an Iranian counterparty in its trades. While there are factors such as aftersales liability to consider, the back-to-back model reflects how many European companies are presently structuring their trade with Iran, using smaller intermediaries in jurisdictions with banks willing to receive payments from Iran, as well as how Iranian companies have historically traded with the government trading houses of Asian countries.

In both models, the focus on humanitarian trade opens the possibility of a direct link with European financial institutions, including central banks. Such a link could be used to offset the trade deficit between Europe and Iran in non-oil trade, and increase the value and volume of trade that can be facilitated by compensation through use of Iranian foreign exchange reserves in Europe.

In the back-to-back model, these links would allow the H-SPV to send and receive payments from its own accounts. Importantly, in both models, government ownership of the H-SPV would enable direct compliance oversight by member state regulators to ensure that the know-your-customer and know-your-transaction due diligence conducted in support of the facilitated transactions meets international standards. Such oversight would be similar to that exercised by the Barack Obama administration as part of the humanitarian trade channel established pursuant to the initial sanctions relief granted under the Joint Plan of Action (JPOA) in 2013. Exercising such oversight could also provide Europe valuable experience that could be useful in the creation of an EU-OFAC, a European equivalent to the US Treasury Department’s sanctions office.

While the H-SPV would be foremost intended to serve European companies, the mechanism could be opened to Iran’s other major trading partners, such as China and India, as suggested by EU High Representative for Foreign Affairs Federica Mogherini. But the humanitarian dimension of the proposed mechanism would also allow a more ambitious turn of economic diplomacy. Europe could invite the United States to participate in the H-SPV in recognition of a shared commitment to ensure that the Iranian people are not unduly harmed by sanctions. Iran would likely welcome such a move as it could be characterized as an acknowledgement on the part of US authorities that a more proactive and pragmatic approach to humanitarian trade is required, beyond placing the burden solely on European and Iranian stakeholders. US participation could also extend to increased visibility on the due diligence conducted in support of facilitated transactions, further reassuring all parties of the compliant nature of the ensuing trade.

While an SPV focused on trade sanctionable by the US is unlikely to develop far beyond the netting service currently envisioned, the H-SPV has much greater potential.

The H-SPV could be used to facilitate European trade with any country in which banking ties are restricted. The government of Cuba has already expressed its interest in the SPV mechanism to EU officials. The H-SPV could thus bolster an independent European trade policy, ensuring that European companies can export vital goods and services without regard to the US administration of the day.

The function of the H-SPV could be expanded to develop into a “gateway bank” which serves as an intermediary between the Iranian and European financial systems. While securing the necessary regulatory approvals is a time and resource intensive process, the advantage of establishing a dedicated, state-owned bank for humanitarian trade would be to vastly increase the volume of humanitarian trade through the provision of merchant banking services such as the issuance of letters of credit. Rather than rely on a small number of Iran-friendly European banks or on a channel established between central banks, the H-SPV itself could become a full-service merchant bank, the same role played successfully by state banks in China and India during the previous round of sanctions, although without the specific attention to sanctions-exempt trade.

The H-SPV can be brought online faster, more reliably, and with a clearer direct impact than a general SPV. If Iran can indeed continue to import a meaningful volume of food, medicine, and consumer goods from Europe in the face of US sanctions, the foundation of Europe-Iran trade ties will be immunized from the effect of US sanctions. The H-SPV would also serve as a test of the US commitment to protect humanitarian trade. If the US accepts to join it, Europe will have effectively addressed the issue of compliance fears that might linger around any Iran-specific mechanism. If the US refuses, Europe will be further justified in pressuring US authorities for licenses and other measures that will provide comfort to its banks regarding the SPV. Finally, the H-SPV could prove innovative for sanctions policy. The experience of establishing multilateral mechanisms to sustain humanitarian trade will be valuable in a world where the imposition of unilateral sanctions looks increasingly likely.