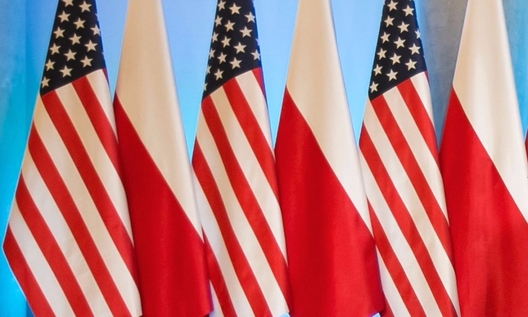 The Trump administration accurately identified the Iranian threat and has, on some significant issues, acted accordingly—including the US withdrawal from the Joint Comprehensive Plan of Action (JCPOA) and the application of increasingly tough sanctions on Iran, as well as organizing the Ministerial to Promote a Future of Peace and Security in the Middle East in Warsaw on February 13-14. A reported seventy-nine states will participate in the conference, including the foreign ministers of Saudi Arabia, UAE, Oman, and Jordan, as well as Israel’s Prime Minister Benjamin Netanyahu. Iran was not invited to the conference.

The Poland summit officially centers around three major issues: The challenge of missiles, terror funding, and cyber threats. The common denominator of all three categories is the Iranian threat, which is for all intents and purposes at the center of the conference—though the Trump administration has backtracked its comments about Iran being the center of the debate.

What stands out from the Poland Summit is the context of US – EU relations. Today, Iran’s hegemonic vision faces substantial challenges due to ever-growing difficulties in those arenas which are key, as well as due to its deep economic crisis described by President Hassan Rouhani as “the most difficult in the last 40 years.”

Iran’s ray of hope is the current schizophrenia that grips Europe and the European Union. On the one hand they condemn the Iranian regime and threaten sanctions in response to terror plots and acts of terror in their countries and express concern over Iran’s ballistic missile program. On the other hand, they maintain and are trying to grow economic and diplomatic relationships with Tehran. On January 31, Germany, France and the UK launched a special purpose vehicle called the Instrument in Support of Trade Exchanges (INSTEX). The special financial channel is designed to bypass US sanctions, and to enable European businesses to conduct limited trade with Iran despite the re-imposition of US sanctions. Registered in France as a limited liability company, France, Germany and the UK are all shareholders.

EU rapprochement towards Iran is increasingly fueling tensions in the relationship between Europe and the United States. The US withdrawal from the JCPOA was categorically criticized by European States and the European Union. INSTEX is another reflection of the turbulent relationship between the United States and Europe around the issue of Iran. The Warsaw conference is thus yet another stage for the increasing divide.

The fact that the INSTEX was launched on January 31, the same day that Hezbollah, under the orders of Iran, rescinded their veto and voted for the establishment of a government in Lebanon, after an almost nine-month Hezbollah-led stand-off was not a coincidence. It was one of Iran’s strategies to court the favor with the European countries who were becoming increasingly impatient with the lack of a government in Lebanon.

On the other hand, a joint press conference was held in Lebanon on February 11 between Lebanese Foreign Minister Gebran Bassil and his Iranian counterpart Mohammad Javad Zarif, at which time Bassil announced that Lebanon will not take part in the Warsaw Conference. The alleged reason was Israel’s participation. However, Europe and the EU should make no mistake: Bassil’s statement reflects that it is Iran who dictates Lebanon’s foreign policy—this time in its attempt to fracture the united diplomatic front of the Arab countries attending the summit.

Tehran expects European countries and the EU to work to soften the conference’s conversations and decisions about Iran. And indeed, the two have made it clear that they are not comfortable with a conference that promotes a hard line against Tehran.

The question is, how long can Iran rely on the European schizophrenia? Germany, France and the United Kingdom are resisting a decision by the European Commission to name Saudi Arabia in a list of high-risk countries that fail to fight money laundering. And at the end of the day, major European players will seriously have to calculate if they are willing to risk their interests and relationships with the Gulf states for the sake of Iran.

What’s also worth highlighting is that the Poland Summit does not mention the Israeli-Palestinian conflict.

Interesting, yet not surprising, that understanding has not fully percolated into Western circles, who continue to echo the concept that solving the Israeli-Palestinian conflict is the key for stability in the Middle East.

In January, New York Times journalist Thomas Friedman observed that “the only peace process that could have a stabilizing effect across the Middle East today is not between Israelis and Palestinians—but between Iran and Saudi Arabia.”

Friedman’s accurate observation came almost thirty years too late. Over those three decades, Iran’s increasingly aggressive expansionist policy cast a growing shadow over the Middle East and today the regime poses a severe global threat. Over the past ten years, we have seen the destructive results of the Iranian regime’s strategy intensify. In their bid to become the regional superpower, hundreds of thousands have died, millions of people are refugees, humanitarian crises span the region, Lebanon, Syria, Iraq and Yemen are destabilized and disintegrating, and the Iranian regime fuels the flames of the Israeli-Palestinian conflict.

Western circles of influence have consistently looked at peace in the Middle East through the prism of the Arab-Israeli conflict. And believed that solving the Israeli–Palestinian issue would bring peace and stability. The problem is that it is actually the other way around.

Events in the region are what impact the Israeli-Palestinian arena. In fact, the more the Arab countries challenges accumulate—including the Iranian challenge—the more the major Arab players view Israel as a strategic and valuable partner. That realization results in a clear rapprochement of the Arab Gulf states towards Israel.

It will be intriguing to see if the Warsaw conference will witness the first public and formal top-level official Israeli-Saudi handshake in a symbolic gesture to counter Tehran. Just the same, the Poland Summit is a significant milestone because it indicates that the long-held and widespread assumptions regarding the Middle East, popular within Western circles of influence and education need to be reevaluated. And though late, it’s better than never.

Image: US and Poland flags (US State Department)