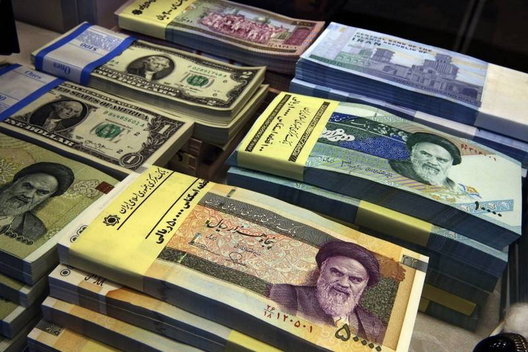 The Iranian rial was traded at 150,000 against the US dollar on October 2, indicating a 12 percent appreciation in just one day. Bonbast, a website which tracks free market rates in Iran, stopped posting rates for the day, while state news agencies reported that the free market rial value kept appreciating as high as 80,000 rials.

The surprising trend of the rial recovery continued until Shargh Daily reported on October 4 about the re-emergence of a multi-tier foreign exchange market. This included an official rate of 42,000 rials, a secondary market rate of 90,000 rials, a Central Bank-enforced rate of 95,000 rials—which banks and currency exchange offices use to buy foreign currency from Iranians standing in queues—and a free market rate of about 145,000 rials.

In spite of the confusing numbers, Interior Minister Abdolreza Rahmani-Fazli said on the same day that the national currency will continue gaining value as a result of the decisions made by the Supreme Economic Coordination Council. Since Rahmani-Fazli didn’t go into specifics, providing an analysis about the future path of Iran’s hard currency market isn’t easy. But this won’t alter the basic fact that as long as structural constraints aren’t addressed, a reverse adjustment in the upward direction of the rial is likely to happen in a more devastating manner.

While the Iranian media has focused on the foreign exchange market’s developments and the unanticipated rial recovery, less attention is paid to the main factors which have contributed to the troubles in this market during the past several years. Sanctions are often wrongly considered as the sole contributor, but as discussed in a previous article, they play a catalyst—not the root cause of the plummeting rial. Indeed, the rampant rise of liquidity during the past two decades and inherent corruption have contributed to the same amount of deterioration of the Iranian economy as sanctions—if not higher.

Among the main factors causing liquidity growth in Iran are: oil income rise, the Iranian government’s populist agendas such as the mass housing construction scheme called the Mehr Housing Project, and most importantly, the increasing ratio of quasi money—assests that can be converted into cash—to liquidity.

The Central Bank of Iran’s (CBI) balance sheet shows that quasi money accounted for 86 percent of liquidity in Iran during 2016, up from 63 percent during 2004. The expanding role of semi-governmental organizations—such as military, religious, and revolutionary foundations—in the economy by establishing or controlling private banks and credit and financial institutions (CFIs), which grew at a faster pace since the 2000s, had a great role in this development.

Since the end of the Iran-Iraq War in 1988, all Iranian presidencies have had an undeniable role in increasing liquidity. Although some mechanisms—such as increasing the deposit interest rates during 2013 – 2016—have helped collect liquidity from society in the short-term, they have become a factor of fueling liquidity even further in the long run.

Due to the structural banking deficiencies and growing role of the semi-governmental organizations in the economy, the growth of liquidity in Iran hasn’t been in conjunction with economic realities like production capacity. That said, a significant chunk of the extra liquidity held in bank accounts have been moved towards a non-productive sector and immovable assets—such as residential property, shopping malls, gold coins, and the service sector—whereby it has regenerated itself so much so that today liquidity has turned into an uncontrollable monster which destablizes different markets.

In studying the liquidity crisis in Iran, it’s essential to take the role of unelected bodies—power structures not elected by the Iranian people—and semi-governmental organizations into consideration. Most of the powerful semi-governmental organizations in Iran have established their own banks or CFIs, which handle hundreds of financial operations of their affiliated enterprises in different economic sectors. The generated liquidity further emboldens the ideological and political base of such unelected power structures, whereas the genuine private sector is deprived of the liquidity it needs to boost output and modernize its production lines.

Addressing parliament in December 2017 to submit the next year’s budget bill, President Hassan Rouhani talked about six financial institutes that control 25 percent of Iran’s liquidity and are able to disturb the foreign exchange, gold coin, and real estate markets “in any way they deem appropriate.” Rouhani said they cannot be confronted easily, though his administration managed to bring them under control by getting the Supreme Leader, Supreme Natioanl Security Council, and judiciary involved.

Thanks to powerful ideological and political backing as well as their proximity to the unelected bodies, most of these institutes don’t consider themselves responsive to the Iranian presidency, and their subsidiary banks and CFIs have usually disregarded the interest rate caps set by CBI.

A diagram prepared by an Iranian economist shows that all twenty private banks are affiliated with semi-governmental organizations. That is in addition to two interest-free banks, six licensed CFIs, and perhaps hundreds of unlicensed CFIs which are owned or controlled by such organizaions.

According to some estimates, between five to 70 percent of shares of the so-called private banks in Iran belong to the government and semi-governmental organizations. Meanwhile, the CBI’s statistics show that the share of non-state banks in total time deposits has increased from 29 percent in 2007 to 72 percent in 2016.

Not to mention that a significant portion of the debts owed by the banking system to the Central Bank of Iran belongs to the CFIs. On August 14, Donyay-e Eghtesad, the leading Iranian economic newspaper wrote that paying off the depositors of some insolvent CFIs led to the generation of a huge currency supply, which amounted to 10 percent of the total 14.9 trillion rial liquidity by March 2018.

In part of their open letter to the president published in August, thirty-eight economists expressed concerns about the “irregular” development of the rentier semi-governmental organizations, and criticized the growing role of this sector in liquidity generation and increasing share in absorbing deposits.

If not addressed, the negative effects of rampant liquidity growth—from the psychologocal effects of turbulence in the foreign exchange market to rising inflation and unemployment rates—will sooner or later spill over into social pressure, and this requires the government to double down its efforts to find a viable solution. The nationwide demonstrations in December 2017 and January 2018 raised alarm bells about the declining resilience of Iranian society, especialy among middle and lower class Iranians who shoulder a heavy burden of the deteriorating economic and financial problems.

Having that been said, it seems that the only viable solution to achieve a long-term stability in the Iranian economy is through dissolving or nationalizing hundreds of enterprises and banks affiliated with semi-governmental organizations, and channeling the money into healthy economic activities.

Undoubtedly, this would seem unachievable given their heavy clout in economic and political spheres, but growing pressure from society may act as an impetus for the Iranian government to turn this seemingly impossible idea into a reality.

Hoorozan is the pen name of an energy and economics analyst based in Iran. Follow her on Twitter: @HooRozan.

Image: Stacks of the US dollar and Iranian rial (IRNA)