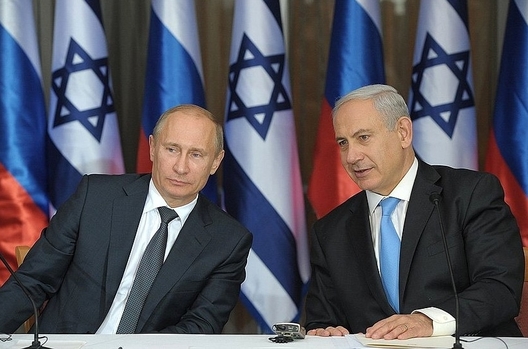 On June 1, Russian Ambassador to the United Nations Vasily Nebenzya told the press that he “believes” that his country and Israel reached an agreement regarding “certain disengagement in the southwest of Syria.” Other sources reported that the agreement will include the withdrawal of Iranian and Iranian-backed forces from the Syrian-Israeli border in return for implicit Israeli acceptance of the Syrian forces’ redeployment there. More speculative reports even suggested that Russia promised to look the other way during future Israeli attacks in Syria, as long as Jerusalem commits not to target Syrian President Bashar al-Assad’s forces.

The Russian ambassador’s statement was the only formal recognition that such an agreement was reached. All other Russian and Israeli officials refused to confirm that such a deal was secured. Indeed, on June 2, a “senior Israeli diplomatic source” denied that an agreement was reached, and so did the Syrian foreign minister, Walid Mualem. The reports came amid intensive Israeli-Russian diplomatic interactions.

On May 9, Israeli Prime Minister Benjamin Netanyahu was one of two foreign leaders to accompany Russian President Vladimir Putin to a V-Day parade viewing in Moscow. Netanyahu’s role in the event was a strong public signal of the intimacy between Jerusalem and Moscow. After all, the other foreign leader to visit with Putin that day was President Aleksandar Vučić of Serbia. The Serbian president represents a country that has had – according to President Putin – diplomatic relations with Russia for 180 years, and shares common political, cultural, and even familial bonds with Russia dating to the thirteenth century.
High-level exchanges continued after the visit. On May 30, Prime Minister Netanyahu spoke on the phone with President Putin regarding the Iranian presence in Syria. The next day Israel’s Soviet-born defense minister, Avigdor Liberman, visited Moscow and thanked the Russians for “understanding Israel’s security concerns in north.” On  June 7, a Russian military delegation met with Defense Minister Liberman in Israel to discuss “Syrian military arrangements.” This flurry of diplomatic activity came a few weeks after Israel stated it would not tolerate long-term Iranian presence in Syria. Jerusalem – which was traditionally concerned by Tehran’s nuclear project –  demonstrated its opposition to long-term conventional Iranian presence in Syria by launching a number of strikes on Iranian targets in Syria.
Since a deal was allegedly struck in early June, some changes are already noticeable on the ground. On June 8, it was reported that tensions arose between Russia and Iran over questions of Iran’s military deployment in Syria. Iranian-backed forces are reported to be dressing up as Syrian soldiers when deploying near the Israeli border. It is not clear if Russia and Israel achieved an agreement, and if the parties will respect such an accord.
Nevertheless, the current level of Israeli-Russian exchanges over military issues in Syria illuminates at least three important issues. First, it reflects the superior Russian maneuvering over the Syrian situation. Moscow has made itself the linchpin of any current or future arrangement in Syria, and has managed to use its status to advance its broader foreign policy goals. Russia’s achievement is taken straight out of Henry Kissinger’s playbook. In the early 1970s Kissinger was able to convince the USSR’s most important Arab ally, Egypt, that only Washington could secure Cairo’s goal of getting the Sinai back from Israel. With this leverage, he managed to move the long-time Soviet ally into the pro-Western ambit.
Now, it’s Russia’s turn to show a close US ally, Israel, that only Moscow can secure its interests in Syria as the United States loses interest there and perhaps in the region at large. This is not to say that Israel will abandon its long-term alliance with the United States, but it may take Moscow’s preferences more seriously. In 2014, Jerusalem gave a hint in this direction when it avoided supporting what seemed like anti-Russian resolution at the United Nations regarding Ukraine, despite Washington’s expectation that Israel would support the resolution.
Second, the possibility of an Israeli-Russian deal over Syria also indicates the birth of a more nuanced Israeli approach in the region. Israel has relied for decades on the preponderance of its military forces to resolve many of its security challenges in Syria and beyond. Indeed, its main mode of operation in Syria in the last few years featured aerial attacks on Hezbollah’s materiel. Israel’s concurrent diplomatic strategy was rather simple, it pleaded with the United States to secure Israel’s interests in international fora.
But Russia’s intervention in Syria in September 2015 introduced to the Middle East – for the first time in decades – a military force that could constrain Israel. In response, Jerusalem took a more sophisticated approach, effectively coupling its historic reliance on force with sophisticated diplomacy. Traditional Israeli warnings against a monolithic, Russia-backed Iranian-Syrian-Hezbollah axis of evil, were abandoned. Instead, Israel has shown an ability to use wedging (between Russia and Iran) to achieve its goals. Taken alongside the wedging strategy it employed on the Palestinian front between Hamas and the Palestinian Authority, it appears Israel no longer relies on force alone.
Finally, Russian-Israeli exchanges have occurred during an especially close period in Israeli-American relations. In May, the United States reversed a seventy-year-old policy and accepted, in effect, Israel’s claim that Jerusalem is its capital. Israel’s prime minister, a former US citizen and a graduate of MIT, and Israel’s defense minister, a former Soviet citizen who maintains close contacts in the post-Soviet sphere, conduct this delicate Israeli dance between the two great powers. This maneuvering between Washington and Moscow is reminiscent of the early days of the Zionist movement, when the movement’s limited power forced it to excel diplomatically – the crowning achievement of which was securing both Soviet and American support for the creation of a Jewish state in 1947 at the outset of the Cold War.
With the slow change in global power politics, from US hegemony to a multipolar world, these last few weeks in the Middle East provide a glimpse into the adjustments that will be made by regional powers like Israel that are also US allies. Such powers will move from complete reliance on Washington to diplomacy that includes close exchanges with other powers, even at a cost of some tension with the United States. This multipolar environment is bound to include others besides Washington and Moscow. Indeed, as events were unfolding in the northern Israel, the Chinese Middle East peace envoy, Gong Xiaosheng, was visiting the West Bank. The region’s diplomats will need to demonstrate skill in balancing competing interests. Israel’s possible agreement with Russia over Syria shows that it has the ability to play effectively in the multipolar world, but with the United States, Russia, and China meddling in the region, much diplomatic talent will still be required.
Ehud (Udi) Eiran is an Assistant Professor at the University of Haifa, Israel, and a board member at Mitvim, The Israeli Institute for Regional Foreign Policies. Follow him on Twitter: @EhudEiran.
Iran Israel Russia