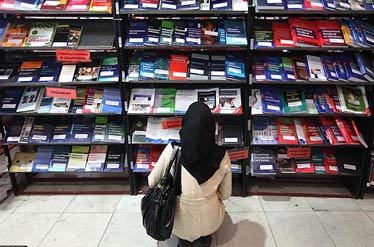 When US President Donald Trump delivered his Iran strategy speech in October 2017, rather than focus on the important points that were being made, most Iranians zeroed in on him referring to the Persian Gulf as the “Arabian Gulf.” It was seen as a major insult by many Iranians who proudly view the body of water as part of thousands of years of their history and national identity.

Months later in July, Secretary of State Mike Pompeo delivered his “Supporting Iranian Voices” speech at the Ronald Reagan Presidential Foundation and Library in California. The speech didn’t offer much nuance or shift in US policy on Iran from its almost four-decade trajectory. If anything, as Ambassador John Limbert—a hostage during the 444-day Iran hostage crisis—noted, the speech “demonstrated that this administration has no knowledge of or interest in history.”

This week, the Special Representative for Iran repeated the Trump administration’s talking points at the Washington-based Hudson Institute. Despite the United States pulling out of the multilateral 2015 nuclear agreement on the basis of it being a “bad deal,” Brian Hook suggested the administration’s interest in negotiating a treaty with Iran that would address imprisoned Americans in Tehran, Iran’s ballistic missile program, nuclear facilities and the country’s backing of proxies in the Middle East. Hook didn’t provide any explanation as to what would happen if Tehran didn’t accede to the Trump administration’s 12 demands for Iran to become a “normal” nation.

Throughout history, Iran has railed against external pressure while occasionally giving in, as in 1988 when Ayatollah Ruhollah Khomeini accepted a cease-fire in the Iran-Iraq war.

IranSource asked some of the foremost experts and journalists working on Iran the top three books they recommend the Trump administration read to help them understand the country.

Thomas Erdbrink, Tehran bureau chief for The New York Times
Who Rules Iran? The Structure of Power in the Islamic Republic by Wilfried Buchta: Perhaps the only book that effectively explains how Iran’s political system works. While it needs an update, it’s an essential guidebook for those interested in how power is brokered in the Islamic Republic.

The Mantle of the Prophet by Roy Mottahedeh: An older book but gives an amazing insight into the live(s) of (a) cleric(s).

The House of the Mosque by Kader Abdolah: It’s a novel on the revolution, written by Iranian-Dutch writer Hossein Sadjadi Ghaemmaghami Farahani, who goes under the pen name of Kader Abdolah. It’s a fantastic and accessible read describing the change in atmosphere leading up to the 1979 Islamic Revolution seen through the eyes of a man in Arak, Iran. Absolutely loved it.

Barbara Slavin, director of the Atlantic Council’s Future of Iran initiative
The Eagle and the Lion: The Tragedy of American-Iranian Relations by James Bill: An old classic, no book better explains the love-hate relationship between the two countries and the massive mistakes on both sides leading up to and at the time of the 1979 Islamic Revolution.

The Twilight War: The Secret History of America’s Thirty-Year Conflict with Iran by David Crist: The son of an early Centcom commander, Crist gets inside the heads of both the Iranian and US military in describing the period in the mid-late 1980s when the two countries clashed directly in the Persian Gulf.

Slavin also recommended her own book, Bitter Friends, Bosom Enemies: Iran, the U.S., and the Twisted Path to Confrontation: It looks at multiple missed opportunities for better relations from the George H. W. Bush administration through George W. Bush administration. Slavin noted that had the Trump administration understood the past, it would not be making so many mistakes now.

Ambassador John Limbert, former Deputy Assistant Secretary of State for Iran
A Year Amongst the Persians by Edward G. Browne: As the subtitle reads, it’s the “impressions as to the life, character, and thought of the people of Persia,” during the years 1887 – 1888 from the perspective of a British Orientalist.

The Strangling of Persia by W. Morgan Shuster: With the backing of the British and Russian governments, Shuster, an American, was brought in as a foreign treasurer to help control and reform Persia’s finances. As its synopsis reveals, over a century after its publication, “it remains a powerful indictment of a short-sighted policy that crushed a fragile but promising democracy.”

Ambassador Limbert said that though these two book suggestions are quite old, they are still very relevant. He also suggested James Bill’s The Eagle and the Lion.

Christiane Amanpour, chief international anchor for CNN
44 Days: Iran and the Remaking of the World by David Burnett: At the height of the 1979 revolution, Burnett was one of the remaining western journalists in Iran. 44 Days captures “vivid images of the dizzying events and emotions of that turbulent time” everything from the fall of Shah Mohammad Reza Pahlavi, the hostage crisis, to the arrival of Ayatollah Ruhollah Khomeini who went on to establish the Islamic Republic. Amanpour wrote the foreword of the book.

All the Shah’s Men: An American Coup and the Roots of Middle East Terror by Stephen Kinzer: Written by a former New York Times correspondent, it covers the 1953 MI-6 backed CIA coup d’état of Iranian Prime Minister Mohammad Mossadegh, which “ushered in a quarter-century of brutal rule under the Shah, and stimulated the rise of Islamic fundamentalism and anti-Americanism in the Middle East.”

Persepolis: The Story of a Childhood by Marjane Satrapi: A coming-of-age story in graphic memoir form that takes place during the 1979 Islamic Revolution and eight-year Iran-Iraq War. Marjane is an “intelligent and outspoken only child of committed Marxists and the great-granddaughter of one of Iran’s last emperors,” and “bears witness to a childhood uniquely entwined with the history of her country.” Persepolis was turned into a cartoon under the same name and Oscar-nominated in 2008 for Best Animated Feature Film.

Jason Rezaian, former Tehran bureau chief for the Washington Post
My Uncle Napoleon by Iraj Pezeshkzad: Most people interested in Iran are familiar with Pezeshkzad’s world of characters from the popular pre-revolutionary television series, My Uncle Napoleon. A lot of Iranians will tell you that the show is better than the book. That is most likely because they’ve never read the book, which is a satirical masterpiece.

Identity Card by F.M. Esfandiary: Equally wonderful, but lesser known, Identity Card is a short novel published in 1966 that foreshadowed the future by delving deeply into the Iranian psyche. It’s maddeningly frustrating, funny and very realistic for anyone who has ever dealt with Iranian bureaucracy.

Children of Paradise: The Struggle for the Soul of Iran by Laura Secor: A meticulously researched and beautifully written dive into Iran’s post-revolutionary politics that gets to the heart of issues that have vexed the Islamic Republic throughout its four decades.

Rezaian has a memoir coming out in January 2018: Prisoner: My 544 Days in an Iranian Prison—Solitary Confinement, a Sham Trial, High-Stakes Diplomacy, and the Extraordinary Efforts It Took to Get Me Out.

Janet Afary, professor of religious studies and feminist studies at the University of California, Santa Barbara
Iran: A Modern History by Abbas Amanat: It’s a political history of Modern Iran from 1500 to present day with lots of emphasis on the role of foreign powers in Iran. It’s for serious people since it’s about 1,000 pages.

For a shorter read with more documentation of Iran’s social and political history, Afary recommends Modern Iran: Roots and Results of Revolution by Nikki R. Keddie: The book focuses on modern Iran from the Qajar dynasty to the post-9/11 World when the United States invaded Afghanistan, and Tehran helped Washington unseat the Taliban.

Afary also recommended her book, Sexual Politics in Modern Iran, which looks at the evolution of gender and sexuality in Iran from the nineteenth century to present day. The book helps “forms the basis of a sexual revolution taking place in Iran today, one that is promoting reforms in marriage and family laws, and demanding more egalitarian gender and sexual relations.” Afary said that A Social Revolution: Politics and the Welfare State in Iran by Kevan Harris covers the same territory but “is a bit more positive” than her own work.