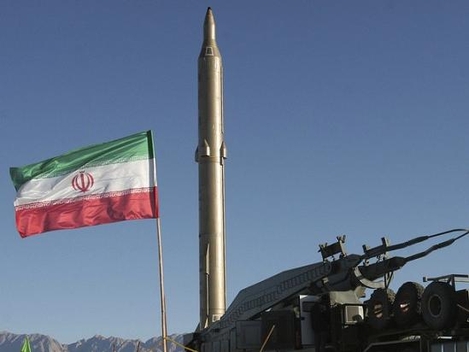 Between 2004 and 2015, the European Union (EU) coordinated a series of negotiations with Iran on its nuclear program. In the early stages, the negotiations took place in the format of the EU and E3—the United Kingdom, France, and Germany. In 2006, the negotiating framework evolved to the P5+1 format—the five permanent members of the UN Security Council plus Germany. In 2015, an agreement was finally reached, with the EU at the helm of the negotiations, in the form of a Joint Comprehensive Plan of Action (JCPOA).

Yet distrust of Iran continued after the signing of the JCPOA. One of the strongest criticisms is that by excluding curbs on Iran’s ballistic missile program, the JCPOA left Iran with one part of the formula for a fully functioning nuclear weapon, namely the delivery vehicle.

The US contends that Iranian ballistic missile proliferation and testing has increased since the JCPOA. In this regard, the US has addressed the varying ranges and payloads of Iran’s missiles, considering them nuclear capable systems. It has spoken out against Iran’s space launch vehicles (SLVs) arguing that they use technology similar to that used in intercontinental ballistic missiles. The US has described Iran’s missiles as a threat to European territory as well as to US partners in the Middle East. It has further criticized Iran for spreading missile systems throughout the region, notably to Shia militias in Iraq and to the Houthis in Yemen, who have fired such missiles at Saudi Arabia and the United Arab Emirates.

The EU has maintained that it shares “most of the concerns expressed by the US regarding the status of Iran’s nuclear program after 2025, ‘Iran’s ballistic missiles program’ and its destabilising actions in the region.” However, it has failed to address or expand on these concerns. While the E3 has been willing to discuss missiles with the Trump administration—albeit in talks that ended when the US quit the JCPOA in May 2018—the EU has only referred to Iran’s ballistic missile program in public statements focused on preserving the JCPOA. It has yet to address the missile program as a stand-alone issue with implications for European security, the Middle East and the theme of proliferation more broadly.

The EU had hoped that successful implementation of the JCPOA would act as a confidence building measure and lay the ground for negotiations on other issues. Two years into the Trump administration, and eight months following US withdrawal from the JCPOA, that premise is questionable. Tehran has said that it is not willing to negotiate additional issues in the absence of the US from the JCPOA and in light of renewed economic sanctions.

Iran’s ballistic missile program is indeed outside the scope of the JCPOA. The deal addresses issues such as uranium enrichment, the Fordow Fuel Enrichment Plant, and the Arak Heavy Water Reactor, nuclear procurement, and peaceful uses of nuclear energy. Missiles are mentioned in UN Security Council Resolution 2231. It “calls upon” Iran “not to undertake any activity related to ballistic missiles designed to be capable of delivering nuclear weapons, including launches using such ballistic missile technology.” Iran contends that since it has promised not to build nuclear weapons, its missiles cannot be viewed as “designed to” deliver them. However, the US and E3 dispute this position.

The EU, in public at least, has not begun to address the question of whether Iran’s missiles are designed to be capable of delivering nuclear weapons, nor whether the technology used in Iran’s SLV launches is suitable for intercontinental ballistic missiles. Furthermore, issues such as range or payload have yet to be accounted for. One EU official said, at least with the current nuclear agreement, Tehran wouldn’t have the warheads for those missiles. The EU’s point is not employed to counter the need for an agreement on the ballistic missiles but to invoke a violation of the JCPOA.

The farthest the EU has been willing to go is to call ballistic missile launches “inconsistent” with UNSC Resolution 2231. Although, the language has toughened from two years ago, when EU High Representative Federica Mogherini said, “we do not see the missiles tests as a breach of the JCPOA,” there has been no specific address on the missile tests separate from speeches given in relation the JCPOA.

The EU has called on Iran to join the Hague Code of Conduct (HCoC), which is an arrangement aimed at preventing the spread of ballistic missiles. Specifically, the HCoC asks member states to voluntarily commit themselves politically to provide pre-launch notifications on ballistic missile and SLV launches and test flights. Referring to Iran, the EU has said that “the subscription of all States to the Hague Code of Conduct would build confidence, encourage restraint and create more stability and security for all.” While this is a positive step, the EU could go further by addressing the missile issue in its entirety separate from the JCPOA.

Any enquiry into Iran’s missiles should raise questions about the nature of the threat to European territory. However, there has been a complete lack of statements from EU officials about Iran’s missiles as a threat. The only official to speak out on the matter was Luxembourg’s Foreign Minister Jean Asselborn, who strictly speaking is not an EU official. He said, “Mr. Trump should not destroy the nuclear deal. After all, it is Europe that is within range of Iranian missiles.” Again, this statement was provided within the context of Trump’s withdrawal from the JCPOA.

The EU has maintained that “the proliferation and testing of ballistic missiles especially those capable of delivering weapons of mass destruction is a destabilising factor in many regions,” and subsequently expressed concern “about the pursuit of ballistic missiles by both the DPRK and Iran.” The EU has also called “upon Iran to refrain from[…] ballistic missiles tests, which are[…] destabilising for the region.” However, the EU did not comment on the fourteen launches of Iranian manufactured missiles into Saudi Arabia’s territory by the Houthis in Yemen, which contrasts starkly with the more outspoken positions of EU member states.

If the EU does not develop its thinking further and address the issue directly, it will not be in a good position to lead relevant negotiations. It will once again stand in the shadow of Washington, which has taken a different approach. Indeed, confronting the missile issue may be the best way of convincing the US—if not Trump then his successor—to return to compliance with the JCPOA.

Emma Scott is a Research Assistant with Project Alpha in the War Studies Department of King’s College London. She is also the Iran Assessor on Transparency International’s Government Defence Anti-Corruption Index. Follow her on Twitter: @emmascott_es.

Image: An Iranian ballistic missile before a test launch (Jamaran.ir)