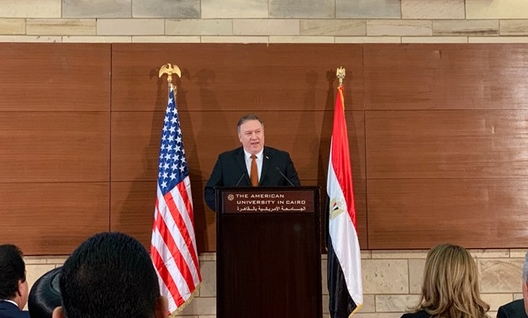 Among the unalterable “laws of the Medes and the Persians” that have ruled US-Iran relations for decades are the following:

The first two are obvious. In the last two years, with a new American administration, we have seen the third operating at full force.

In 2009, President Barack Obama, while accepting his Nobel Peace Prize, without mentioning Iran by name, said the following:

“The promotion of human rights cannot be about exhortation alone. At times, it must be coupled with painstaking diplomacy. I know that engagement with repressive regimes lacks the satisfying purity of indignation. But I also know that sanctions without outreach — and condemnation without discussion — can carry forward a crippling status quo. No repressive regime can move down a new path unless it has the choice of an open door.”

The meaning was clear: for decades US policy toward Iran consisted of wallowing in self-righteousness and indignation. And that policy accomplished nothing beyond enriching a few Americans—both Democrats and Republicans—who shilled for the Mujahedin-e Khalq, an Iranian opposition group that spent a decade on the State Department’s list of terrorist organizations.

It took time, but gradually Iran and the US came to recognize that there was an alternative to trading insults, threats and accusations. No one pretended that this new approach was going to make the Islamic Republic treat its citizens—particularly its women and its intellectuals—decently. No one pretended that the US and Iran were going to be friends. What it did, however, was to show a different and more productive path to achieving both nations’ goals. After all, what had forty years of chest-beating accomplished?

Just a month ago, nine years after Obama spoke in Oslo, US Secretary of State Mike Pompeo went to Cairo, and, when speaking about Iran, resurrected all the outrage, indignation, and self-righteousness that have dominated US policy toward Iran for four decades.

A few selections will make the point:

“It is important to know that we will not ease our campaign to stop Iran’s malevolent influence and actions against this region and the world. The nations of the Middle East will never enjoy security, achieve economic stability, or advance the dreams of their people if Iran’s revolutionary regime persists on its current course.

President [Donald] Trump has reversed our willful blindness to the dangers of the regime and withdrew from the failed nuclear deal, with its false promises. The US reimposed sanctions that should never have been lifted. We embarked on a new pressure campaign to cut off the revenues the regime uses to spread terror and destruction throughout the world. . .

We fostered a common understanding with our allies of the need to counteract the Iran regime’s revolutionary agenda. Countries increasingly understand that we must confront the ayatollahs, not coddle them. Nations are rallying to our side to confront the regime like never before.

February 11 will mark forty years since the oppressive regime came to power in Tehran. America’s economic sanctions against the regime are the strongest in history and will keep getting tougher until Iran starts behaving like a normal country.”

Why so much hostility toward an Islamic Republic which, if hardly a model of Jeffersonian democracy, is surely not the source of all evil in the world? Why all this fear of a country whose military is relatively weak, whose economy is struggling, and whose own diplomatic ineptitude has left it with very few real friends apart from the pariahs in Syria and the landlocked and isolated Armenians?

As the Iranians say, he needs to put his posterior in a bucket of cold water.

In the last hundred years, for Iranians, the United States has gone from friend to puppet master to enemy and scapegoat. In Iranians’ century-long struggle for dignity and independence, Americans were originally on the right side. Americans supported Iran’s constitutional movement, and, after World War II, helped Iran preserve its independence against a serious threat of partition backed by the Soviet Union. A few years later, however, they let the Cold War, blind anti-Communist ideology and willful ignorance create an unhealthy patron-client relationship with the repressive Pahlavi monarchy.

Since the revolution of 1979, grievances on both sides, fed by third countries that fear any US-Iran engagement, have continued to fester. Like a couple trapped in a bad marriage, interaction has mostly consisted of reciting complaints with no goal beyond venting.

The current American administration, for reasons of ego and domestic politics, seems obsessed with Iran. It is determined to trash its predecessor and undo the modest gains he achieved. At best, the two sides will return to their “no war/no peace” condition of the last forty years. At worst, spewing accusations, lacking means of com­munication and deeply suspicious, a small misunderstanding could become a major conflict that would bring great harm to both sides and to the already fractured Middle East.