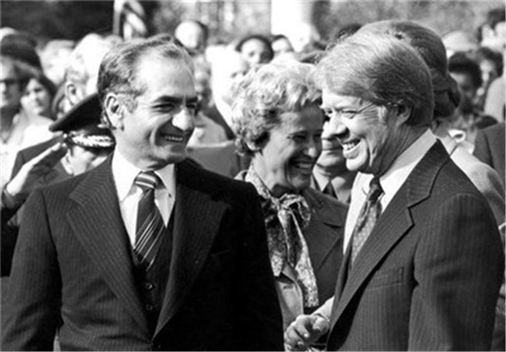 It’s a truism that every president makes us nostalgic for his predecessor. In the case of Iran, US President Donald Trump and his men are outdoing the bumbles and fumbles of Reagan, the two Bushes, Clinton, and Obama, while making those earlier presidents appear as far-seeing statesmen.

Earlier presidents at least knew Iran was a trap. They saw how Iran had destroyed Jimmy Carter’s presidency and almost did the same to Ronald Reagan’s. Although it proved impossible, their preference—at least until Barack Obama—was to ignore Iran.

Whatever they did or didn’t do, the results were mostly not happy. In 1989, George H.W. Bush pro­mised Tehran “goodwill begets goodwill.” A few years later he essentially told the Iranians “just kidding.” Bill Clinton’s secretary of state proposed “negotiations without preconditions based on mutual respect,” and ran into Iranian mistrust and hostility. The Clinton administration also undermined its own efforts with an ill-conceived letter to President Mohammad Khatami full of accusations and demands over the Khobar Towers bombing in Saudi Arabia. George W. Bush’s crew—besotted by apparent military success in Iraq—ignored a 2003 dialogue offer from Iran and even berated the Swiss intermediary for his presumption in acting as an intermediary.

Beginning in 2009, the Obama administration chose a different route and took serious steps toward engagement. His efforts caught the Iranians off-guard and it took four years before the two sides began talking seriously—talking that led to the 2015 Joint Comprehensive Plan of Action.

Now President Trump, having trashed his predecessor’s diplomatic achievement, presents himself as master negotiator-in-chief. Straight from his bizarre meetings with the North Korean and Russian leaders, he now offers to meet with his Iranian counterpart anywhere at any time.

It’s clear that Trump hasn’t learned from his predecessors that one should proceed cautiously. Although they were unable to do as they’d hoped and ignore Iran, their instincts to do so—judging by the course of events—were sound.

Instead, President Trump has dived head-first into a murky Persian swamp where rocks and slimy things lurk below the surface. Following Italian dictator Benito Mussolini’s principle of “more enemies, more honor,” Trump has picked a fight that has made him look confused, small-minded, and petulant.

What has President Trump done? Obsessed with Obama and a sucker for Israeli and Saudi flattery, he has rejected the idea that diplomacy might accomplish more with the Islamic Republic than forty years of futile, mutual chest-beating. He has forgotten that one negotiates with enemies and adversaries as well as with friends in order to find ways of advancing American interests. He has chosen an approach that combines bullying, threats, accusations, and unrealistic demands, with an offer to talk. In doing so, Trump has led with his chin and given the Iranians a gift: the opportunity to say “no” and defy a strong and threatening foreign power.

In Iran, Ayatollah Ruhollah Khomeini’s words of three decades ago still resonate. Asked about negotiating with the United States, he famously said, “Why should the sheep negotiate with the wolf?” In other words, the Americans have no interest in reaching an agreement with us: They want to eat us.

Look at President Trump’s record on Iran. He has unilaterally walked away from a multilateral nuclear agreement, despite all signs that the Iranians were complying with its require­ments. Trump’s motive was to belittle anything done by Obama and to present himself as the world’s greatest negotiator.

Trump has filled his administration with shills for the widely-hated Iranian dissident group, the Mujahedin-e Khalq (MEK), a Jonestown-like cult with a dubious past and a more dubious present. As Christian Science Monitor reporter Scott Peterson recently quoted an analyst in Tehran, “Trump is giving the wrong signal: ‘You come to the street and make instability, and we will make the MEK come to power.’” Iranians know that, as bad as the present regime is, MEK rule will be much worse—an Iranian version of the Khmer Rouge.

Trump has threatened to punish any country or company doing business with Iran and to stop Tehran from selling its crude oil. These tactics repeat those of the British during 1951 – 1953 before they joined the CIA to stage a coup d’état to remove the nationalist Prime Minister Mohammad Mossadegh. Trump has issued an all-caps threat to annihilate millions of Iranians followed by an offer to talk with anyone, anywhere, anytime, without preconditions.

In the meantime, Trump’s Secretary of State Mike Pompeo has further muddled the message—whatever it is. In his recent speech to an Iranian-American audience in Los Angeles, Pompeo referred to Iran as “that country” and denounced the entire Islamic revolution, thus denigrating the sacrifices of millions of Iranians who fought and died to overthrow the monarchy and defend their country against Iraqi invaders. With such statements, his professions of respect for individual Iranians and for the country’s ancient culture lack any shred of sincerity.

A few days later, Pompeo clarified Trump’s talk “anytime with no preconditions” offer by explaining, “If the Iranians demonstrate a commitment to make fundamental changes in how they treat their own people, reduce their malign behavior, can agree that it’s worthwhile to enter into a nuclear agreement that actually prevents proliferation—then the president said he’s prepared to sit down and have the conversation with them.” In other words, if the Iranians surrender and agree to do whatever we ask, then we’re ready to talk. Other than those, there are no preconditions.

One can conclude only that this administration is repeating the mistakes of its pre­decessors by assuming that the Iranians are stupid. I saw that happen in October 1979 when the Carter administration told the Iranian government led by Mehdi Bazargan, the powerless prime minister of the provisional government, that it had no political motive for admitting the deposed Shah Mohammad Reza Pahlavi to the United States. Given the history, no one would believe such a statement even if it were true.

So how can we make progress with Iran? Despite the very difficult history, there are three principles that will work. First, in any relationship smart is almost always better than the alternative. An element of smart is to avoid moralizing, hysterics, histrionics, and fantasies. Being smart means remembering that things are not true just because we wish them to be. Second, have clear goals. What do we want to achieve with Iran? If this administration wants to bring down the Islamic Republic, then what? Third, understand the goals of the other side. In the old days, doing so was called empathy or simply, basic diplomacy. When Richard Nixon travelled to China in 1972, he drew a line down the middle of a yellow pad and made two columns titled, “What We Want” and “What They Want.”

“What Iran wants” isn’t compli­cated, either: Iran’s overriding goal is survival of the Islamic Republic’s system and preventing its overthrow by internal or external chal­lengers. Subordinate goals include check­ing the growth of militant anti-Shia and anti-Iranian movements in neigh­boring coun­tries, particularly in Iraq, Afghani­stan, and Pakistan; and controlling those centrifugal forces in a multi-ethnic and multi-religious Iranian society which threaten—with or with­out foreign encouragement—to tear the country apart.

Forty years of trading insults, threats, and accusations with the Islamic Republic have brought few successes to American administrations. Rather than attempt anything different, Trump has decided that if previous threats didn’t work, we should now make them in an all-caps tweet. Maybe that will work.

John Limbert is a retired professor of Middle Eastern Studies at the United States Naval Academy in Maryland. A Foreign Service Officer for 34 years, he served as deputy secretary of state for Iran under the Obama administration. He was among the fifty-two Americans held hostage during the 444-day Iran hostage crisis. He is the author of Iran: At War with History, Negotiating with Iran: Wrestling the Ghosts of History, and Shiraz in the Age of Hafez.