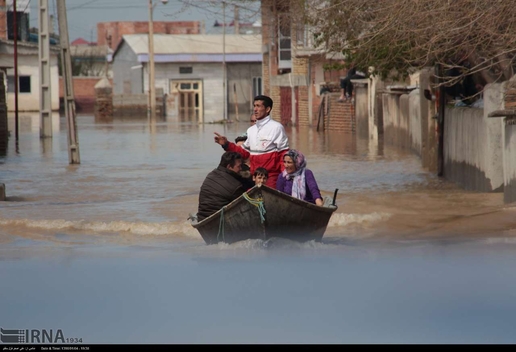 The recent record flooding in Iran has killed dozens, inundated nearly 2,000 villages and cities across Iran, and caused hundreds of millions of dollars of damage to the country’s infrastructure.

The Trump administration’s response through the State Department, predictably, has been to offer unspecified support to the Iranian people while at the same time sharply criticizing Tehran for environmental mismanagement that exacerbates the severity of the flooding. Setting aside the accuracy of any such criticism, the ham-handed US response to this natural disaster has again exposed the Trump administration’s inability to execute a nuanced policy. It is clear that the “maximum pressure” campaign and policy mindset are harming the ordinary Iranians that President Donald Trump and his surrogates proclaim to want to help.

The US sanctions on Iran are, as with most conversations on Iran, where the story begins. Senior political leaders in Tehran and the Iranian Red Crescent have vociferously denounced the sanctions as the reason why aid has been slow to get to those in need. But US sanctions are merely a stand-in for the real issue, namely, that same maximum pressure campaign.

The administration’s Iran policy is by now well-known. Ostensibly, it is designed to inflict severe economic pain through “crushing” sanctions to get the regime in Tehran to change its behavior consistent with a twelve-step list that Secretary of State Mike Pompeo presented when the US withdrew from the Iran nuclear deal in May 2018. However, what seems to go missing is that maximum pressure is not a policy, it’s merely a strategy—and that strategies need to be adjusted for extraordinary circumstances to achieve that final policy goal.

Take the case of these horrendous floods. US sanctions on Iran prevent some of—though, not all—the critical needs for coping with a natural disaster. But the US Treasury Department’s Office of Foreign Assets Control (OFAC), which administers those sanctions, has flexibility to issue licenses that allow otherwise prohibited transactions to take place, and can do so with great speed. Indeed, it did exactly that under the previous two administrations when natural disasters struck Iran. Following the devastating Bam earthquake in 2003, OFAC quickly issued licenses allowing for the delivery of crucial humanitarian relief, and again sped relief after the 2012 earthquake in northwest Iran. In both cases, the US actively helping ordinary Iranians stymied complaints from Tehran about US sanctions and their effect on the delivery of aid.

President Trump’s one-dimensional, adversarial policy stance does not allow for such nuance. Instead, Secretary of State Pompeo’s criticism of the Islamic Republic’s environmental management was followed this week by additional, if largely symbolic, sanctions on Iran’s Islamic Revolutionary Guard Corps (IRGC). This continued belligerence actually undermines the effectiveness of the sanctions that the Trump team is trying to pursue, as well as any support the Iranian people may have for the administration’s goal of changing Tehran’s behavior. That is, if you believe the administration’s line on the end-goal not being regime change.

At the turn of the century, common wisdom among policy wonks and academics was that sanctions were not generally very effective. That view was informed in no small part by the experience in Iraq during the 1990s when the combined forces of US and UN sanctions and the massive corruption that infected the UN Oil-For-Food regime allowed Iraqi President Saddam Hussein and his cronies to live luxuriously while the Iraqi people starved. Driven in no small part in response to strident criticism of how those sanctions were applied, the US Congress in 2000 passed the Trade Sanctions Reform and Export Enhancement Act (TSRA) that, among other things, mandated jurisdictional sanctions programs contain exclusions for food, medicine, and medical devices. Congress understood then that it was good policy to create exemptions for basic items that people need to survive.

That very policy has proved to be a powerful moral high ground for the United States in the intervening years, and those exemptions—even if clumsily implemented at times—make US sanctions stronger precisely because they allow for a more humanitarian approach to sanctions implementation, irrespective of the particular issues at play with respect to the sanctions target.

By refusing to help the Iranian people in any real way—except by offering to help in a statement or tweet—the Trump administration has ceded that particular moral high ground, and it would be foolishly naïve to believe that the Iranian people do not recognize that fact, even as many are protesting their own government’s inadequate response to the disaster. It is difficult to see how those same people would be favorably disposed to a US government that appears hell-bent on solely causing as much economic pain to Iran as it can, and can not muster the empathy to proactively address a natural disaster.

That certainly does not sound like a way to get those same people to “rise up and change the behavior of the regime.”