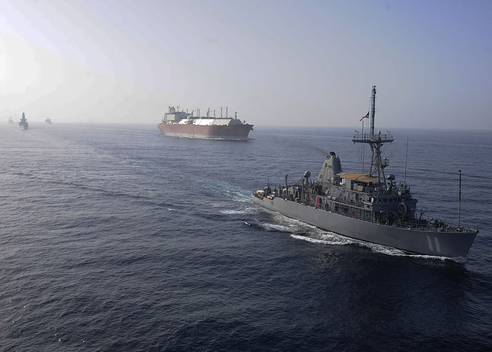 The logical conclusion of the Trump administration’s Iran policy seems not to be regime change but regime collapse.

Though Secretary of Defense James Mattis has denied that either are on the agenda, the White House’s rhetoric and actions betray a different motive. The US president himself has trumpeted the harsh impact of reinstated sanctions and said that it is a “question” as to whether the Islamic Republic “will survive.”

Unfortunately, his administration has not thought through the negative implications of such an eventuality for US national interests.

The long shadow of past US meddling in Iran underscores the necessity for decision makers to set clear foreign policy goals and carefully assess their implications. A 1954 internal CIA review of Operation Ajax, the joint US-British covert operation that ousted Iranian Prime Minister Mohammad Mossadegh, noted that “possibilities of blowback against the United States should always be in the back of the minds of all CIA officers involved in this type of operation.” Such foresight was not exercised regarding the August 1953 coup d’état, which continues to serve as a textbook example for the unintended consequences of US interventions abroad.

The toppling of the popular Mossadegh had a radicalizing effect on the Iranian population, entrenching anti-Americanism and creating fertile ground for the rise of Ayatollah Ruhollah Khomeini’s Islamic movement. These festering resentments culminated in the 1979 Islamic Revolution and the seizing of US diplomatic hostages, which transformed Iran from a reliable US ally to a leading strategic challenge in the Middle East. Four decades later, US-Iran relations have bottomed out once again, as the Trump administration pursues a policy of “maximum pressure” with little regard for the lessons of the past.

In its quest to pressure Iran, the Trump administration has lost sight of America’s core strategic interests in the Middle East. As Harvard University’s Stephen Walt has explained, these are: “Keeping oil and gas from the region flowing to world markets, to keep the global economy humming; minimizing the danger of anti-American terrorism; and inhibiting the spread of weapons of mass destruction.”

Instability in Iran stands to damage each of these interests.

Under the status quo, Iran has a vested interest in the secure flow of hydrocarbons out of the Persian Gulf and has not interfered in this process save for occasional reminders of its capability to close the Strait of Hormuz in the event of a conflict or economic blockade. However, if the Iranian state were to collapse in the face of the Trump administration’s efforts to reduce Iranian oil exports to zero, nothing would prevent insurgent groups on the Iranian plateau from attacking energy installations in the Persian Gulf.  At a bare minimum, instability in Iran would pose a serious challenge to Persian Gulf security and require considerable outside intervention and expenditure to redress. Rising oil prices would undermine the global economy and cause hardship to US consumers.

With respect to the threat of terrorism, Iran has for years been on the US State Department’s list of state sponsors of terrorism, primarily for its support of Lebanese Hezbollah and Palestinian militant groups such as Hamas and Islamic Jihad that have primarily targeted US ally Israel. However, on the threat the European Parliament identified in 2013 as the main source of global terrorism—emanating from Sunni fundamentalists or Wahhabists—Iran has often been on the same side as the West.

Iran helped lead the fight on the ground against the Islamic State in Iraq and Syria, efforts former Joint Chiefs’ chairman General Martin Dempsey proclaimed in 2015 “will in the main have been a positive thing”—in reference to dislodging ISIS from the Iraqi city of Tikrit. However, Iran’s regional influence also allows it to be a spoiler that can make it difficult for the United States to achieve its regional aims. A dangerous tit-for-tat is already taking hold with the Trump administration racheting up tensions and reports that Iran has started providing allied groups in Iraq with short-range ballistic missiles. If a US-Iran conflict erupts, Iran can draw on its regional proxies to raise the costs of hostility and negatively affect regional stability.

Meanwhile, in the event that Trump’s policies successfully destabilize Iran, an opening will be created for Wahhabi terrorist organizations to fill power vacuums left in the wake of a chief adversary’s retrenchment, including in Iraq, Syria, Afghanistan, and Sunni Iranian border regions—where groups such as Jaish ul-Adl are already active. As these groups gain new strongholds, their threat to the West and the rest of the world will only increase.

On the issue of nuclear non-proliferation, Trump’s withdrawal from the Joint Comprehensive Plan of Action (JCPOA) threatens to undo an agreement that cut off Iran’s potential pathways to a nuclear weapon for more than a decade and established the highest standards on nuclear transparency and inspections ever negotiated. Some Iran hawks in Washington are now calling for US sanctions against entities charged with implementing key non-proliferation provisions of the agreement, including British and Chinese efforts to redesign Iran’s Arak heavy water reactor to negate its potential to produce weapons grade plutonium. Such an action would likely compel Tehran to abandon the JCPOA’s limitations and may reopen Iran’s plutonium pathway to a nuclear weapon as well as eliminating restrictions on uranium enrichment.

Trump’s aggressive Iran policy is also serving to reinforce Iranian threat perceptions and empower Tehran’s hardliners. While Iran has always confined its nuclear program to within the letter of the nuclear Non-Proliferation Treaty (NPT), Iranian officials have hinted that their commitment to the NPT is waning. In April, the secretary of Iran’s Supreme National Security Council, Ali Shamkhani, stated that Iran was weighing exiting the NPT as a response to Trump’s abrogation of the JCPOA. While Iran has yet to take such action and is currently engaged in negotiations with Europe to try to salvage the JCPOA, the option of Iran following the footsteps of North Korea—which left the NPT in 2003 and tested nuclear weapons starting in 2006—is now conceivable.

The toppling of Middle Eastern governments by outside powers has had a detrimental track record for regional stability and long-term US security interests. Iraq is a prime example. Trump administration officials must have a clear-eyed approach to Iran that carefully weighs the risk of state collapse and the implications of such an outcome for American interests. The White House’s current Iran policy not only disregards the threat of blowback, but ignores the potential benefits of US-Iran diplomacy for US interests and global peace and security.