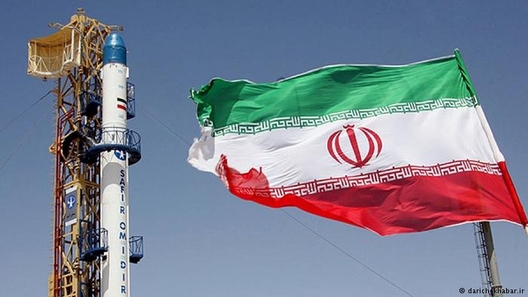 From its early days, the Trump administration has sought to isolate and weaken the Islamic Republic of Iran, using Iran’s missile and space launch programs as a key justification.

In addition to withdrawing from the Joint Comprehensive Plan of Action (JCPOA) in May 2018, expanding extensive trade sanctions, and severely restricting travel to the US by Iranians, the Trump White House “has also accelerated a secret American program to sabotage Iran’s missiles and rockets,” according to a recent report in The New York Times.

Such “scorched earth” policies are shortsighted and counterproductive. The United States should instead focus on forestalling Iran’s ability to arm its missiles with nuclear warheads and discouraging it from extending the missiles’ range.

Ballistic missiles have long played a role in shaping US attitudes toward Iran. Officially, the United States is opposed to the possession of any missiles capable of carrying a nuclear payload by any country other than the five nuclear weapons states designated in the 1968 nuclear Non-Proliferation Treaty (NPT). In reality, exceptions are made for America’s friends: Israel, India, Saudi Arabia and South Korea, among them. But for those deemed hostile to America such as Iran, Washington has zero tolerance for either ballistic missiles or space-launch vehicles. Washington’s visceral opposition to Iran’s ballistic missile program is heightened by Iran’s historical connections with North Korea, its supply of missiles to Hezbollah in Lebanon and Houthi rebels in Yemen, as well as its regular comments about Israel’s destruction.

However undesirable in terms of US interests, Iran’s emphasis on missiles is understandable. Iranians remember the missile salvos they suffered from Iraq during the 1980-1988 war when the United States tilted toward Saddam Hussein. Tehran is also well aware that three of its regional neighbors—Israel, Saudi Arabia and Pakistan—have long-range ballistic missiles and two—Israel and Pakistan—maintain nuclear arsenals. Although Iran is party to the NPT, Israel and Pakistan are not.

Until very recently, there has been no limit on the flow of sophisticated conventional weapons from the United States and Europe into regimes that are avowed enemies of Iran, such as Israel and Saudi Arabia (which enjoys a special relationship with nuclear-armed Pakistan).

However, objectively assessed, Iran is less threatening to core US interests than it has been for many years. As the International Atomic Energy Agency regularly assesses, Iran continues to comply with the JCPOA, making any near-term nuclear threat in the Middle East much less likely.

Likewise, Iran’s projected capability to attack the US mainland—11,000 km distant—with Intercontinental Ballistic Missiles (ICBMs) in the mid-term future is fading. When a US National Intelligence Estimate (NIE) projected foreign ballistic missile threats in 1999, it included North Korea, Iran and Iraq. The estimate warned, “Iran could test an ICBM that could deliver a several-hundred kilogram payload to many parts of the United States in the last half of the next decade.” Throughout that decade and even beyond, most US intelligence agencies continued to project that Iran would probably test an ICBM by 2015.

Yet as the twentieth anniversary of that seminal NIE approaches, Iran has not deployed or even tested any ballistic missiles with a range over 2,000 kilometers. Although Iran has the largest arsenal of short- and medium-range ballistic missiles in the region, Tehran’s civilian and military leaders declare no need to acquire longer-range missiles, choosing instead to enhance the accuracy and survivability of its conventionally armed ballistic missile force.

The value for Iran of these weapons is heightened by the country’s lack of a powerful fleet of modern aircraft or modern and mobile ground forces. Given such circumstances, it would seem naïve and nonsensical to expect Iran, even under a less ideological government, to abandon its most reliable deterrent against intimidation and attack.

Critics of Iran have thus focused on its satellite launch advances.

In 2009, Iran became the ninth country to succeed in putting a domestically built satellite into orbit using its own launcher. The Trump administration has repeatedly sought to equate space launch vehicles with long-range ballistic missiles, but outside experts disagree. Michael Elleman of the International Institute for Strategic Studies notes that Iran’s space rockets, Safir and Simourgh, “are optimized for satellite-launch missions, not as weapons-delivery systems” and are “ill-suited for conversion to ballistic missiles.” Although many aspects of developing space launch vehicles can be applied to ballistic missiles, the Iranian rockets are not stalking horses for ICBMs as the Trump administration implies.

Welcoming the scientific and environmental contributions of Iranian satellite launches would be a positive step toward a future-oriented and less contentious relationship between Iran and the West. Such a process could start small, with common sense gestures such as sponsoring technical/academic exchanges between universities and granting scholarships for young Iranian astro-physicists.

When a more rational administration policy toward Iranian missiles becomes possible—probably not until the end of the Trump/Bolton era—a more ambitious framework of cooperation can be devised and implemented.

The US and Europe could offer conditional assistance to Iran’s space-launch program in exchange for Tehran’s commitment not to develop or deploy longer-range military missiles (i.e. with ranges greater than 2,000 km).

The involvement of NASA, the European Space Agency, and Western firms would increase the transparency of Iranian Space Agency activities and minimize the risks of technology diversion to the military sector. Welcoming and enabling Iranian scientific advances would give substance to the US government’s rhetoric proclaiming goodwill toward the Iranian people. Most importantly, collaboration would yield economic and scientific benefits for all parties.

Iran’s formal acceptance of a ceiling on the range of its missiles would also remove the specter of Iranian ICBMs, substantially increasing prospects for avoiding huge US expenditures on missile defense programs and the predictable reactions of Russia that such programs would generate.

The United States can offer cooperation on Iran’s space program without abandoning its overriding objective of inhibiting missile proliferation. Such an offer could alter the dangerous current trajectory of US-Iran relations, leading instead to mutual benefits.

Greg Thielmann is a 25-year veteran of the US Foreign Service who retired as office director in the State Department’s Bureau of Intelligence and Research. He subsequently served as a staff member of the Senate Select Committee on Intelligence and as a senior staffer of the Arms Control Association. Follow him on Twitter: @GregThielmann.