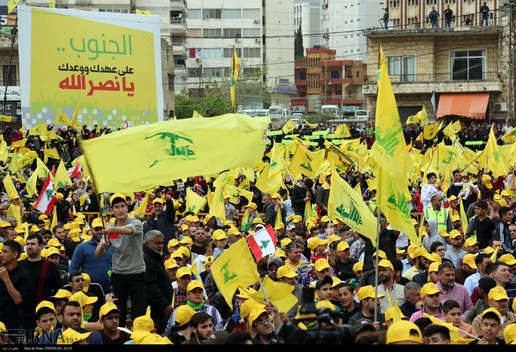 Hezbollah’s Secretary-General Hassan Nasrallah once dubbed dividing his group into distinct political and military wings an “English innovation.” Yet, last week, the United Kingdom decided to end this mainstay of British policy. Shortly after Home Secretary Sajid Javid announced a total ban on Hezbollah, Parliament amended the UK’s Terrorism Act 2000 to proscribe the group “in its entirety.” London’s acknowledgment of Hezbollah’s unity aligns British law and policy with the United States. In doing so, the UK is signaling a partial departure from Europe’s approach to the group’s patron, Iran, but more importantly, a third way between American confrontation and European conciliation.

The UK’s new anti-Hezbollah policy appears more aggressive than the analogous American material support laws. In the United States, 18 U.S.C. §2339B prohibits knowingly either providing, or attempting or conspiring to provide a Foreign Terrorist Organization—in this case Hezbollah—with any of four, narrowly defined, categories of material support: services, expert advice or assistance, training, and personnel. Like US law, the UK ban will prohibit Hezbollah from recruiting or fundraising on UK soil. But British law goes further, prohibiting other activities that the US Supreme Court explained (Holder v. Humanitarian Law Project) did not run afoul of material support prohibitions. These include mere membership in Hezbollah, independently advocating for the group or voicing support for its positions, accessing its online content, or publicly displaying its flags or insignia.

The UK is not implementing this blanket ban on Hezbollah due to any recent internal changes that occurred within the group. Hezbollah has been a unified, symbiotic body since its inception, realizing early on that its military strength depended upon social and political power. Its internal divisions have therefore never been neatly compartmentalized into any number of separate wings, let alone two distinct bodies: one military and the other political. Rather, it is comprised of five sub-councils—the Judiciary, Executive, Political, Parliamentary, and Jihadi Councils—which all answer to a single supreme body, the Shura Council.

These five councils, which control all of Hezbollah’s military and political as well as social apparatuses, operate in a mutually reinforcing manner. Though not their only purpose, these sub-bodies all bolster Hezbollah’s fighting capabilities. The Executive Council controls social, charitable, and media entities providing the group with a steady stream of funds, fighters, and popular support. The Political Council translates this popular support into, inter alia, domestic political alliances. These alliances, in turn, strengthen the Parliamentary Council, comprised of Hezbollah’s parliamentarians, which protects the group’s interests within the Lebanese government, including preventing its disarmament.

In the past, London simply chose to ignore this symbiosis, making its earlier bans on Hezbollah’s External Security Organization (ESO) in 2001 and Jihad Council in 2008 largely symbolic. The UK was not alone in doing so. With the exception of the Netherlands—which banned Hezbollah in its entirety in 2004—all other European powers distinguish between Hezbollah’s wings, including the European Union (EU), France, and Germany.

Like the UK, they maintained this dichotomy, hoping their recognition of Hezbollah’s political apparatus as a legitimate non-state actor would help moderate the group. This reasoning motivated London itself to re-engage the group’s political wing in 2009, after suspending ties four years prior. Given Hezbollah’s participation in Lebanon’s parliament and government, the Europeans also feared that banning the group in its entirety would hinder bilateral relations with Lebanon, undermining the country’s fragile stability as a result.

Because of this dynamic, no other European country is following the British example. Responding to the ban, French President Emmanuel Macron stressed France would maintain contact with Hezbollah’s political wing, “which is represented in the Lebanese parliament,” and denied that any foreign power—including France—has the right to criminalize “a Lebanese political movement.” Germany—which has traditionally acted as intermediary between Hezbollah and Israel, particularly on prisoner-swaps—likewise rebuffed calls to emulate London.

However, the UK may be diverging with Europe on more than just its approach to Hezbollah. More significantly, given the timing of the ban, targeting the group may be London’s way of indirectly adopting a tougher posture on Iran, midway between American “maximum pressure” and European conciliation.

The ban directly followed British participation—at the level of foreign secretary in contrast to other European countries—in the recent US-led Warsaw conference, which ultimately focused on Tehran’s regional expansionism. It also coincided with reports of increased British-Israeli intelligence cooperation to counter Iran’s nuclear program, and reports of a new round of anti-Hezbollah sanctions being prepared by the Trump administration.

The UK acknowledges the need to confront Iran’s regional expansionism. However, despite American pressure, it insists on dealing with what it has called Iran’s “problematic” behavior separately from the nuclear file. London thus remains committed to upholding the Joint Comprehensive Plan of Action (JCPOA), believing it is the only way to deny Iran a nuclear weapon. To keep the deal alive, the UK even helped create the recently-implemented Special Purpose Vehicle, to circumvent renewed US sanctions on Tehran.

By banning Hezbollah, the vanguard of Iran’s regional expansionism, London can satisfy the United States’ desire to counter Tehran’s destabilization of the Middle East. At the same time, since the ban does not target Iran directly, London avoids giving Tehran further excuses to abandon the JCPOA. This allows the UK to adopt a more aggressive approach to countering Iran, but without undermining the EU’s goal of preventing the Islamic Republic from abandoning the deal.

Hezbollah has alternated between condemning the ban and dismissing its impact. But the UK’s proscription of the group and recognition of unity is significant, particularly from a major European power. In addition to sealing off Hezbollah from an important European economy, it is also another step toward international condemnation of the group. As significant, it signals the UK’s adoption of a more robust approach to confronting Iran, as London charts a broader course away from the EU.