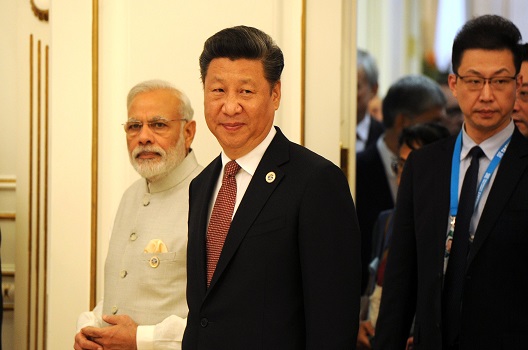 In negotiating the Joint Comprehensive Plan of Action (JCPOA), the Barack Obama administration had goals beyond non-proliferation. It was seeking to “pivot” to Asia and to reduce US military involvement in the Persian Gulf that dates back to the 1979 Iranian revolution and the Soviet invasion of Afghanistan.

This goal, which was ennunciated before Obama took office in the 2006 Quadrennial Defense Review, reflected US concern about a rising China, the huge costs of the Iraq and Afghan wars, as well as a desire to benefit from more interaction with the fastest growing economies in the world.

China had profitted from the US obsession with the Middle East, using the four decades of US entanglement in Mideast conflicts to grow economically and militarily. This rise in power and influence wasn’t very alarming at the start since Chinese policymakers couched it in the language of “peaceful rise” and co-existence with pro-US neighbors. Unfortunately, those trends have changed, and the discourse is now about a Thucydides Trap and how China could be on a collision course with the current world hegemon, the United States.

The Obama administration, understanding these trends, realized that China was a potentially much more serious threat to the rules-based order than Iran, a regional power lacking even a tenth of China’s capabilities and still not nuclear-armed.

Unfortunately, the Trump administration, in its apparent zeal to undo its predecessor’s achievements, is handing new victories to China and returning the US to a potential path to a new war in the Middle East. By quitting the JCPOA unilaterally – and at a time when Iran was in full compliance with its obligations – President Trump is acceding to the wishes of his Middle Eastern allies — Israel, Saudi Arabia and the United Arab Emirates. The US has put forward a completely unrealistic set of demands for a new agreement with Iran while indicating a preference for regime change that would only create more chaos in an already unstable Middle East.

Fortunately, the Europeans are attempting to keep the JCPOA alive by discussing new mechanisms to facilitate Europe-Iran trade. These efforts now need to be augmented by America’s Asia-Pacific allies including South Korea, Japan and Australia alongside India and even New Zealand. Indian officials have already announced that they will continue to support the nuclear deal although private Indian companies may be more reluctant to risk US sanctions.

US Asian allies should talk to the Trump administration and help it realize, as discussed in the Cooperative Strategy for 21st Century Seapower, that the United States cannot remain powerful across the globe without carefully selecting areas of focus. The US should not distract itself with Iran while China is rising and Russia is flexing military power in Ukraine and Syria.

While some would argue that Trump does not care what functioning democracies say and is more apt to be swayed by autocrats – in the Arab world and in Asia – US Asian allies could significantly enhance their leverage with Washington by working with the European Union on measures to protect companies investing in and trading with Iran.

Looking at the record of the Trump administration over the past year, it is clear that unless countries fight back against US decisions, they will only face more pressure. America’s Asian allies know that they need the US to return its focus on their region to avoid becoming subordinate to China and its ever-growing appetite for land and sea and air. China is a true peer competitor of the United States, not Iran.