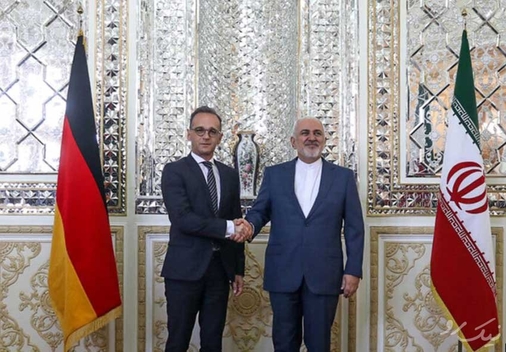 On July 31, German Foreign Minister Heiko Maas announced Germany’s refusal to join a US-led military mission to safeguard the international shipping lanes in the Strait of Hormuz from Iranian aggression and criticized what he called America’s “maximum tension” approach.

US-Iran tensions have been rising since the Trump administration withdrew from the Iran nuclear deal in May 2018 and especially since it imposed a complete embargo on the export of Iranian oil a year later. In July, President Donald Trump called off a retaliatory strike on Iranian soil after a spate of Iranian acts, including the shoot-down of a $130 million US surveillance drone.

What changed the dynamic of the conflict for the European Union (EU), however, was Iran’s seizure of the British-registered oil tanker Stena Impero on July 19, in apparent retaliation for Britain’s seizure of the Iranian-flagged Grace 1 on July 4 off the coast of Gibraltar. The ship was allegedly transporting Iranian oil to Syria and thus violating EU sanctions.

Initially, the UK urged a united European response, including an EU-led mission to safeguard international ships passing Iranian territory in the Strait of Hormuz. Germany was not enthusiastic but considered taking part in an operation in close cooperation with France and Britain. When Boris Johnson succeeded Theresa May as prime minister of the UK on July 25, however, he suggested that the US lead such a task force. But then on August 5, Britain changed its tune and announced it would be joining the US-led Operation Sentinel.

While a European-led operation is still theoretically on the table for some policy makers in Berlin, Brussels and Paris, an American-led mission in the Strait of Hormuz is clearly not. In Germany, opposition parties as well as members of the government coalition quickly shot down the idea. Dr. Rolf Mützenich of the Social Democrats—a security policy veteran, disarmament advocate and the junior coalition partner’s chief whip in parliament—suggested that the current tensions in the Persian Gulf resulted from President Trump’s “irresponsible” decision to quit the nuclear deal. He further argued that any US-led military action aimed at Iran without UN Security Council approval would eliminate any remaining political space for de-escalation and thus had to be avoided.

These strong views against America’s “maximum pressure” approach can be found throughout the German political spectrum with a few exceptions. Norbert Röttgen of the governing Christian Democrats and head of the parliament’s Foreign Affairs Committee agreed with his coalition partner that joining the proposed US-led mission is “unacceptable.” However, he saw some scope for a future European mission that could run on its own or alongside a US-UK mission. Maas rejected such an idea.

The root of Germany’s refusal to take part in American-led activities originates from its post-World War II foreign policy approach. Germany has been a strong advocate of diplomatic solutions to conflicts to avoid the need for military action—most famously represented by its Ostpolitik or Change Through Rapprochement strategy with East Germany prior to reunification. Aversion to military conflict was perhaps best described by former German Chancellor Gerhard Schröder, who warned at the end of July that German participation in a US-led military mission against Iran would equal a “belated legitimation of the Iraq War,” when the Bush administration invaded Iraq in 2003 on what turned out to be false claims that Baghdad possessed weapons of mass destruction. Many analysts trace current instability in the Middle East to that intervention, which upset a sectarian balance between Shia Iran and the Sunni-led countries across the Persian Gulf. Furthermore, it is in the DNA of the EU—which played a major role in shepherding the Joint Comprehensive Plan of Action (JCPOA)—to champion peace and avoid military means whenever possible.

The resort by the US to unilateral action in quitting the JCPOA and re-imposing sanctions does not sit well on a continent where most influential policy makers believe in multilateral diplomacy and negotiations to solve conflicts and reduce tensions. Certain decisions like the sanctions imposed July 31 on Iranian Foreign Minister Mohammad Javad Zarif are seen as detrimental to solving crises. Zarif is still a welcome guest in European capitals and this is unlikely to change anytime soon.

While the punishment of Zarif is a relatively minor matter, worries are growing in Europe over major issues such as the ongoing US-China trade war and US withdrawal from the Intermediate-Range Nuclear Forces (INF) Treaty as well as the overall escalation of US-Iran tensions. Calls for a more unified European response to protect European interests are becoming more prevalent. One practical example has been the creation of the Instrument in Support of Trade Exchanges (INSTEX), set up by France, Germany, and the UK to circumvent US trade sanctions against Iran in an effort to rescue the JCPOA. On August 2, the former German ambassador to Iran, Bern Erbel, took over the leadership of INSTEX to oversee the beginning of operations.

This is a dangerous development for the United States. Despite Iran’s questionable actions within the last month, Germany and most of Europe are not joining forces with the US to extend sanctions and political pressure on the Iranian leadership but are keeping their distance instead. In previous years they would have taken on a mediation role, but Europeans have become more outspoken in criticizing American foreign policy actions they find harmful. For the US, there is a lot at stake: as important as the US-Iran dispute is, if the EU finds a unified voice opposing the maximum pressure strategy on Iran, it will generate a precedent that will have direct ramifications for US policy with China and Russia as well. It might be the Pacific Century we are living in, but the United States still needs European support as much as Germany or France needs to be mindful of US views as well.

Gert Hilgers is a doctoral researcher at the University of Warwick in the United Kingdom. He helped establish the student organization AIESEC in Iran. Follow him on Twitter: @GertHilgers.