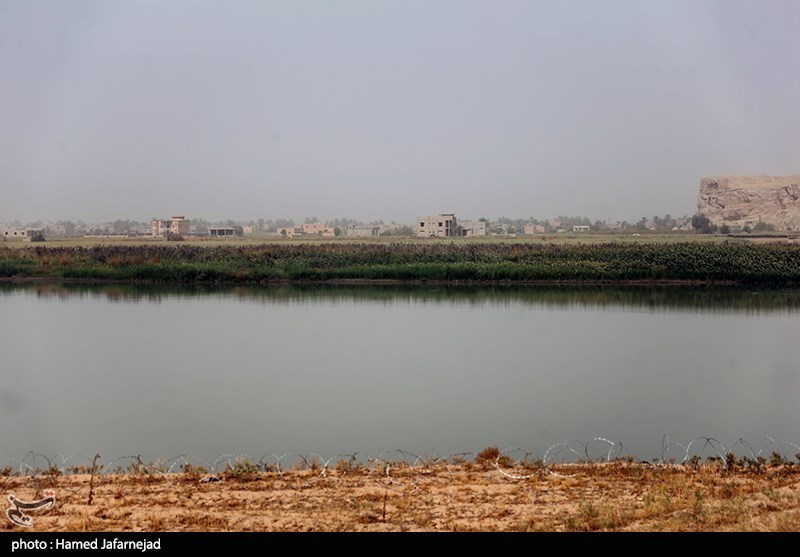 In the past month, the sands have shifted within the Levant’s political landscape. The United States has recalibrated its official policy in the region, choosing to draw down its special operations forces in northern Syria and thereby introducing a power vacuum in the region. After an offensive and brief ceasefire in northern Syria, Moscow and Ankara forged an agreement that enables Syrian and Russian security forces to further push Kurdish fighters 19 miles into Syria and establish a Turkish 18-mile ‘safe zone’ in the area. While these decisions have thrust Syria’s northern region into question, the Bashar al-Assad regime has worked to further consolidate elements of politico-economic control over the southern half of the country. The Assad regime has found a cooperative partner in the Iraqi government, opening the al-Boukamal-al-Qaim highway, a 185-mile ‘lifeline crossing,’ emblematic of revitalized Syrian-Iraqi relations and an emerging postwar economic strategy.

Despite words of caution from neighboring governments and the United States, Prime Minister Adil Abdul-Mahdi proceeded with his decision to work with the Syrian government and open the al-Boukamal-al-Qaim crossway. While a partnership with the Assad regime was controversial, the Iraqi government sought to boost the Anbar province’s economy after years of infighting and political violence. However, al-Boukamal-al-Qaim’s re-opening carries effects beyond Ambar’s economic welfare: the crossing empowers the Assad regime’s politico-economic recovery over a ‘useful Syria,’ constrains the effectiveness of international embargoes and sanctions, and enables Iranian influence through Shia Popular Mobilization Forces (PMF) in Iraq and passage into Syria.

Syrian and Iraqi state and military officials symbolically cut a red ribbon on September 30, opening the al-Boukamal-al-Qaim crossing to traffic in a ceremony filled with pomp and circumstance. Posters depicting Syrian President Assad and Iraqi Prime Minister Abdul-Mahdi, accompanied by the two countries’ national flags, lined the highway and its checkpoints for the free passage of trade and travelers. The causeway was shut down in 2012 shortly after political infighting began in Syria. Al-Boukamal-al-Qaim’s operations continued to cease as the Islamic State of Iraq and al-Sham (ISIS) gradually consolidated control over the Deir Az Zor and Ambar provinces until 2017, when both the Syrian army, Iraqi army, and PMF ousted remaining ISIS cells from the Euphrates river.

For a Syrian economy plagued by inflation, debt, and low exports, the al-Boukamal-al-Qaim opening is a welcomed commercial opportunity

Before the war, the Syrian-Iraqi trade relationship was worth $3 billion to the Syrian economy, with its economy robust in capital-intensive manufacturing and its oil sector. The closure of the al-Boukamal-al-Qaim crossing severely crippled the Syrian economy and gridlocked its commercial potential. Destroyed manufacturing facilities and depleted resources from the war drastically stalled Syrian exports and confined the Syrian economy to agrarian and phosphate production. While the Syrian pre-war economy by no means was defined as a ‘petrostate,’ oil sales constituted 20 percent of government revenue from 2005 to 2010. The impended revenue loss and insufficient crude supplies, combined with the country’s atrophied electricity capacity, created a dire energy crisis. Over Syria’s eight years of war, its former trading partners established their own manufacturing systems and new commercial relationships in the region. Despite Iranian and Russian lines of credit through oil supplies and infrastructural investment, the Syrian government has struggled to salvage an economy afflicted by intrastate violence, trade embargoes, and international sanctions. As analyst Tobias Schneider has noted, the country’s steep decline in savings, federal wages, costly imports, and increased price controls have accelerated the potential for the collapse of the Syrian pound. Illicit, informal wartime markets in narcotics, arms, crude oil, and human trafficking have exacerbated the lack of politico-economic command and have established semi-autonomous warlord economies in different rebel-controlled provinces.

The re-opening of the al-Boukamal-al-Qaim crossing, however, delivers an array of financial opportunities to the stricken-Syrian economy. The new crossway alleviates fuel rations in certain regime-controlled areas with increased shipments of crude oil and refined petroleum. New lines of Iranian credit could be feasibly established through commodity imports and equipment transfers across al-Boukamal-al-Qaim, facilitated by PMF units that now de facto control significant portions of the causeway. Significantly, the re-opening drastically lowers import prices, enabling Syria’s economy to regulate its $7 billion trade deficit, re-balance an economy reliant on martial and agricultural markets, and exploit new commercial avenues to avert the cost of international sanctions. For a Syrian economy plagued by inflation, debt, and low exports, the al-Boukamal-al-Qaim opening is a welcomed commercial opportunity appropriately suited to further secure Assad’s post-war seat of power.

Assad’s increasing partnership with the Iraqi government and the strengthening of its relationship with Iran can deliver the Syrian government the long-term economic survivability and political credibility it seeks. Iraq, Syria, and Iran began discussions for comprehensive rail transport in July, in addition to establishing a training exchange and transport corridor between the three countries. Iraq has begun to lobby for the return of Syria to diplomatic and political forums, requesting the Arab League reinstate Syria’s membership and restore the country’s “normal position in the Arab world” in March. Yet perhaps Iraq’s largest contribution to the Assad government with the al-Boukamal-al-Qaim opening is the increased engagement with Iran, one of Syria’s largest sponsors and creditors.

A land route from Tehran to the Mediterranean has been a long-held objective for the Iranian government, enabling the Islamic Revolutionary Guard Corps Quds Force (IRGC-QF) and its affiliated militias to establish a ground line of communications as a part of its ‘Shia Crescent’strategy, further securing the Assad government’s place in post-war Syria. The crossway re-opening ensures greater Iranian political and commercial engagement in the Levant through its support of PMF forces in Iraq and clientelist networks, and may very well bolster Iranian-backed local defense forces and militias aligned with the regime.

Al-Boukamal-al-Qaim’s reinstatement raises a series of questions about the Assad government’s next steps. There remain two unopened causeways: the al-Yaroubia crossing in the north, controlled by the Syrian Kurds People’s Protection Units (YPG), and al-Tanf, near a US base in Syria’s Homs governate and controlled by US-backed Syrian armed groups. Voice of America noted that the Syrian interior ministry is setting its sights on its northern and southern crossings. Recent US drawback from Syria and the YPG’s impaired position may enable Syria to fulfill its economic wishes, incorporating al-Boukamal-al-Qaim, al-Tanf, and al-Yaroubia into its long-term commercial strategy.

Caroline Rose is a research associate at the London School of Economics (LSE) International Drug Policy Unit (IDPU), where she conducts research on illicit economies and drug markets in the Middle East region. Follow her on Twitter: @Carolinerose8.