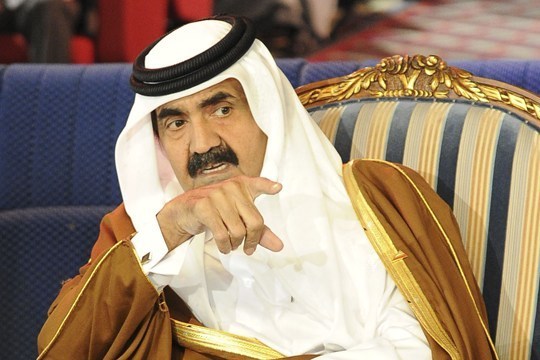 It’s rare good news in the Middle East when a 61-year old leader hands over power to a 33-year old successor. Regardless of the specific timing and motives behind the abdication by Sheikh Hamad bin Khalifa Al Thani to his son Sheikh Tamim bin Hamad Al Thani, this peaceful and voluntary departure from the throne by a still relatively young leader has sent two critical messages ricocheting around the Middle East and North Africa—there are no indispensible men and it is time for a younger generation to start running things. If the wealthiest little country in the world can make such a change, in a planned, confident manner (Tamim was named heir apparent ten years ago), then there are yet fewer excuses for worn out autocrats and geriatrics to cling to power far beyond their sell by date. It also sends an interesting message to the West—we don’t need an election to install a legitimate leader.

The shift in the top job also signals a broader leadership renewal. Close observers of Qatar give credit to the now former Emir and his spouse Sheikha Moza for actively developing a new generation of leaders, not just their son Tamim, and recognizing the need to begin to decentralize decision making by salting the system with dynamic younger managers. The next indicator will be faces in the new cabinet, presumably already selected. It is unlikely that the dynamic external face of Qatar, Prime and Foreign Minister Hamad bin Jassim Al Thani will be among the chosen, perhaps precisely because of his outsized profile. Nonetheless, the new generation will not have complete freedom of action; Qatar remains a conservative country where rulers need to encourage consensus.

Virtually all observers believe that Prince Tamim’s ascension will not portend any major shifts in Qatar’s foreign policy. He has been involved in both the economic and political sides of Qatari policy for some time. He served as Deputy Emir and Chairman of the Qatar Investment Authority, as well as being a Sandhurst-trained military officer. He reportedly had a hand in sorting out with the Saudis how to better coordinate Gulf support for the rebels in Syria. The on again, off again talks between US officials and Taliban representatives in Doha may well have been held up temporarily by the preoccupation with the roll-out of the leadership change. The leading role that Qatar has played in propping up the Muslim Brotherhood-led government in Egypt is unlikely to change under the new leadership. While Sheikh Tamim is relatively unknown in Washington circles, close political, commercial and defense ties with the United States will likely persist, with the normal levels of frustration in Washington (and Riyadh) evidenced when Qatar makes specific policy choices designed to solidify its "Premier League" international status.

Richard LeBaron is a senior fellow with the Rafik Hariri Center for the Middle East.