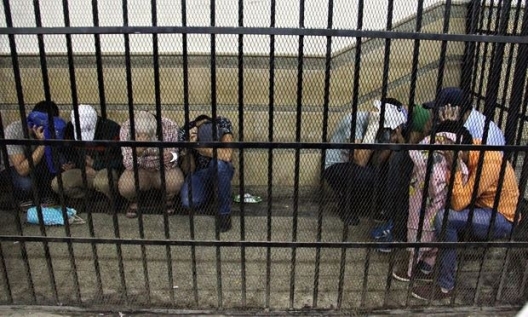 The Egyptian Ministry of Interior now has the right to deport homosexual foreigners and ban them from entering Egypt according to a ruling issued by the Administrative Court in April. This is the final ending to a story that began in 2008 when a Libyan graduate student was deported from Egypt and banned from re-entering the country. According to news reports, the student was deported from Egypt after his arrest on charges of “homosexual practices.” He filed a lawsuit against the ministry for its decision, stating that it was preventing him from completing Master’s Degree at the Arab Academy for Science, Technology, and Maritime Transport. After seven years, the court upheld the decision to deport him, arguing in its ruling that the Ministry of Interior has the “authority of evaluation” that allows it to determine what is in the country’s best interest. “The Ministry of Interior is entitled to preserve social and religious values, and prevent the spreading of vice in society,” said the ruling.

In an interview with VetoGate, activist and member of the National Human Rights Council Manal al-Tibi condemned the verdict as “contrary to all logic” since it is not clear how homosexual foreigners pose any form of danger to Egypt. “This kind of action is only justified when taken against people who are proven to target Egypt’s national security,” she said. “This is also against the constitution because it discriminates against a specific group.” Tibi questioned how the verdict is going to impact Egyptian homosexuals. “Are Egyptian homosexuals going to be stripped of their rights as citizens in this case?” She also questioned the applicability of such verdict on foreign officials. “What will happen with foreign officials who are homosexuals? Will they be banned from attending conferences and meetings in Egypt?”

Dalia Abdel Hamid, Gender and Women’s Rights Officer at the Egyptian Initiative for Personal Freedoms, argued that the verdict sets a very dangerous precedent. “The verdict places the Interior Ministry above the law,” she wrote, questioning a blanket right given to police to deport people without a fair trial. Abdel Hamid underlined several loopholes in the ministry’s decision and the subsequent verdict. While homosexuality is not prohibited by Egyptian law, defendants are often tried on charges of ‘debauchery.’ As Abdel Hamid explains, charges of debauchery have to “involve the presence of several sexual partners as well as a proof of engaging in the sexual act for money. Neither applies to this case.”

The verdict, Abdel Hamid adds, also overlooked recommendations made by the Supreme Constitutional Court’s advisory board, the Board of State Commissioners, which is responsible for giving the court legal advice. “The board recommended accepting the student’s complaint and revoking the ministry’s decision and warned of expanding the ministry’s authority in a way that oversteps the judiciary,” she explained. “The judge totally ignored this report.” According to Abdel Hamid, this ruling will allow the Ministry of Interior to deport foreigners on false pretexts. “The ministry will use this to deport foreigners that are unwelcome for their activism or political views. Previous cases on homosexuality have already demonstrated how the ministry can level unfounded accusations and act upon them.”

Tarek Zaghloul, executive director of the Egyptian Organization for Human Rights, however, argued that the verdict is logical, since it conforms to Egyptian traditions, but underlined the difficulties facing its actual implementation. “There are many foreigners in Egypt, so how can we know who is homosexual?” Zaghloul was not the only ‘rights activist’ who supported the verdict. Naguib Gobrial, head of the Egyptian Union for Human Rights, denied that the verdict violates human rights. “Preserving the values of a given society is among the most vital of human rights,” he said. Similarly, rights activist Mamdouh Ramzi did not perceive the verdict as an infringement upon personal freedoms. “You cannot spread vice and claim this is freedom,” he said. “What applies in the West cannot apply in the East. Offending other people and disrespecting other cultures is not freedom.”

Security experts, especially those formerly affiliated to the Ministry of Interior, welcomed the verdict. “I totally support this decision,” said former deputy interior minister General Gamal Abu Zikri. “I suggest that the state prepares a list of figures known for being homosexual and prevent them from entering Egypt.” Former deputy interior minister General Abdel Latif al-Badini saw the verdict as a positive step, but warned of its negative repercussions. “Fighting homosexuality is one thing and banning homosexuals from entering Egypt is another,” he said. “We will be severely criticized by the international community if we do this.” He argued, instead, for “clamping down on homosexuals and curbing their freedom.”

This ruling is, in fact, the latest in a long line of attempts to clamp down on Egypt’s LGBT community. In the past year, there have been at least three high profile cases presented before the courts, with almost forty men standing trial on charges of “debauchery.” Three men were sentenced to eight years in prison last April, while another eight were sentenced to three years in prison last November. The sentences of the latter eight were reduced to a year each. Twenty-six men were granted a surprise acquittal in another high profile case in January, after they were arrested in a public bathhouse, as a journalist for a private satellite channel filmed the incident. As Scott Long points out on his blog, Paper Bird, the ruling comes after several key stories in Egypt’s LGBT community went largely ignored, including an attempt by one of the twenty-six men acquitted trying to burn himself to death.

According to Sociology professor Saeid al-Saleh, homosexuality, however, was never the main issue in this controversy at all. He argues that the verdict and the case are purely political. “The state made a fuss out of nothing and fabricated a case to make a statement about its adherence to religious values in response to accusations of Westernization and secularism leveled at the current regime by the Muslim Brotherhood and the Salafis,” he said.

Image: Photo: Egyptian men cover their faces while sitting in a cage in Cairo during their trial for appearing in a video prosecutors claimed was of a gay wedding. (EPA)