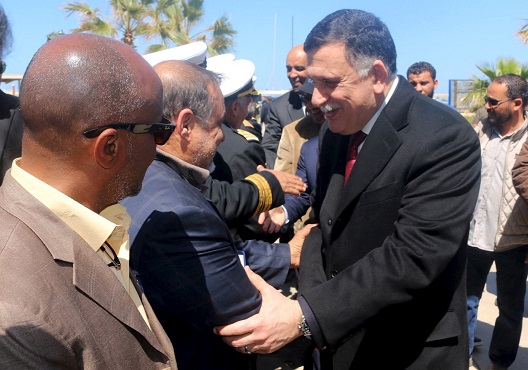 Despite the signing of the Libyan Political Agreement (LPA) in Skhirat in 2015, the political situation in Libya appears no closer to being resolved. Indeed, there is now a widening consensus within Libya and among concerned states that the LPA must be amended. Over the last two years, cleavages within Libya deepened amid exacerbating interference from regional and international powers with divergent interests in the conflict. The fractured state of politics at the national level delayed top-down approaches to recovery and reconstruction. As an interim step, in concert with broader efforts to reform the LPA, UN negotiators should consider a process of devolving some power in Libya to local governing bodies.

To be clear, this is not an argument for complete decentralization—a return to Libya’s historical three-state federal system. Rather it posits that a strong central government that delegates more authority to the local level can shore up its own legitimacy by allowing a more efficient response system to local concerns. A successful devolution of power, by definition, requires the existence of a unified central government able to work with municipalities and local officials to allocate responsibilities appropriately. In the near term, however, a clear vision for devolving powers could provide tangible benefits for the Libyan population and contribute to governance building by improving public service provision and strengthening government legitimacy. Recalibrating Libya’s governance regime, however, will require overcoming some difficult challenges.

Under Muammar al-Qaddafi, the state was the primary provider of services. Since the collapse of his regime, the absence of a strong central government, lack of funding, and persistent security challenges complicated municipalities’ abilities to deliver services. The existing legal framework, particularly Law 59 (2012), which established a local administration system led by elected municipal councils across the country, provides little guidance on the authorities, rights, or duties of municipalities. In some instances, municipalities have levied taxes to fund administrative operations and public service provision. However, they have done so absent clear a legal mandate—one that Law 59 does not provide. Foreign aid and development-related grants have funded limited projects in select municipalities, but this revenue is restrictive in scope and its sustainability is uncertain.

The recent draft constitution put forward by the Constitutional Drafting Assembly (CDA) in July discusses empowering local government in Libya, but the concept remains vague. This vision requires further development and international support to realize a more effective governance system. Furthermore, the CDA’s legitimacy is questionable and it remains unclear whether the draft will result in a referendum. A new UN action plan for Libya envisages further work on a new constitution after the LPA is amended, which extends the timeline for establishing clear constitutional provisions for local authority. Nonetheless, the CDA’s vision for the devolution of powers to municipalities may provide the basis for a legal framework that could benefit Libyans.

Delegating service provision to municipalities would involve a slow, incremental process that builds upon efforts to boost governance at both the national and local levels—but it requires financing. Access to revenue remains a crucial problem for Libyan municipalities, especially in the realm of service provision. Chapter six of the CDA’s July 29 draft constitution, however, grants “local government units” financial and administrative independence and provides that “governorates and municipalities shall have…self-generated resources including duties, remedies, and taxes of local nature.” The devolution of powers, therefore, would also include generating and managing revenue streams.

Under the draft constitution, municipalities could levy taxes to augment foreign aid to fund programs considered “public goods,” such as beautification projects and infrastructure improvements. Local administrations could also provide direct services through a fee-for-service model. For instance, each household could pay a fee for solid waste management services. Under this model, taxes would still cover some operational costs of this service, but fees would allow for consideration of the variable costs from user to user. Municipalities could also privatize select services through a fee-for-service model, although this approach would require a more stable environment and appropriate oversight to prevent corruption. If pursued, privatizing service provision could strengthen local economies and free up municipal revenues to support a greater number of road, park, and other improvement projects.

Even with this authority, some local administrations would require additional support. Revenue generation would be particularly hard in Libya’s poorest municipalities, which are most in need of basic services. With privatization comes the risk of increased corruption, which would require appropriate oversight to combat. Questions of inequality would likely arise as some municipalities adapt to new responsibilities and respond to the needs of their citizens better than others. Libyans would also have to get accustomed to paying for services—whether through taxes or fees—making buy-in from Libyans a critical hurdle to overcome.

Recent US-, UN-, and EU-funded projects have sought to build local capacity in Libya and improve service delivery. Several USAID and US State Department projects have sought to provide both individual skills (such as computer training, program management, and budgeting) and service capabilities (such as sanitation and road improvements) to local officials. The UN Development Programme in Libya focuses on five key outcome areas that include strengthening local government authorities’ capacity to provide services. Toward these outcomes, the UNDP has committed over $37 million to ongoing projects that strengthen the capacity and resilience of local communities. EU-funded programs have also focused on improving local capacity in Libya. Leaders in various European cities have engaged directly with Libyan mayors to provide training on administrative, operational, and managerial skills necessary for service provision.

One State Department-funded project implemented by Creative Associates, in particular, focused not only on service delivery, but also on building a partnership between citizens and their governments in six municipalities across Libya. This project emphasized responsive governance in which citizens and municipal leaders would share the responsibility and the success of its efforts. Training sessions with mayors and then-recently elected municipal councils emphasized influential leadership over coercion. New channels of communication—whether routine town halls, radio shows, or social media—reflect the project’s prioritization of inclusivity and engagement.

Despite the international goodwill, a number of internal and external factors can inhibit these efforts. Libya’s shifting security environment and international donors’ limited funding and fluctuating priorities continue to hamper such projects. Various international stakeholders in Libya are pursuing their own interests in the country and acting as spoilers while simultaneously lending rhetorical support to UN efforts for stabilization. Furthermore, political differences, divergent interests, and personality clashes among Libyans can also interfere with good faith efforts to build capacity.

A properly executed devolution process to promote legitimacy and stability in Libya requires citizen buy-in and international support in the absence of national reconciliation. Municipalities must engage with citizens as a first step in service provision to ensure that their needs and priorities are heard. Just as at the national level, responsive governance at the local level relies on a partnership with those who are governed. Through international development and capacity building trainings, local governance can become more responsive and build greater legitimacy among Libyans. Quick impact projects that demonstrate a return on investment in taxes and/or fees further develop confidence in the local administration. Ultimately, local governments will need a successful national reconciliation to have a unified central government partner that can provide it with a clear legal mandate. Until that happens, however, a responsive municipal administration can help to release Libyans from the paralysis of national politics and provide the foundation for reconstruction and wider reconciliation.