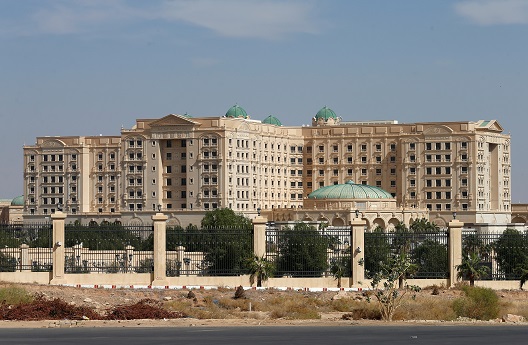 Last week it was reported that the Ritz Carlton in Riyadh would start taking reservations again on February 14, after months of serving as a detainment facility for Saudi elites accused of graft. In a dramatic blitz in the middle of a November night in Riyadh, Saudi security forces moved to detain dozens of powerful suspects in a dramatic anti-corruption drive. The bulk of the suspects were transported to Riyadh’s opulent Ritz Carlton Hotel, which was closed for business and converted into a detention facility, albeit a comfortable one. Critics of the move dismissed it as a political power-grab by Saudi Arabia’s young and ambitious Crown Prince, Mohammed bin Salman, while more optimistic observers lauded it as the possible beginning of the end of the rampant corruption that plagues Saudi Arabia. Lost in the discussion was the economic context of this most remarkable development. Given the new political landscape in the Kingdom and the structural changes in its governance, it would be hard to argue that such a dramatic crackdown has no political dimension, but it also has significant economic implications for the country. Rooting out corruption is necessary for the political and economic survival of the Saudi state.

Corruption may be the Kingdom’s largest obstacle to economic and political sustainability. While the largesse and corruptions of elites—the same elites targeted in the recent crackdown—in the Kingdom has long been covered by western and regional news media, it is only the tip of the iceberg. This coverage has rarely—if ever—gone deep enough to reveal the endemic culture of corruption that exists at all levels of bureaucracy since the country started enjoying huge windfalls of oil revenue in the 1970s. And while starting at the top in fighting corruption has great practical and symbolic significance, it is only a first step in what must be, to be successful, a long journey to bring about structural changes to root out corruption from the wider government bureaucracy.

Most of the suspects summoned to the Ritz Carlton either siphoned off handsome illegal commissions from multibillion dollar government contracts, or were involved in money laundering or fraud of one sort or another. They benefitted to the tune of hundreds of millions or even billions of dollars from transactions that became the stuff of legend among ordinary Saudis. In the winter of 2014, I remember driving past a Riyadh metro construction site with an elderly ex-bureaucrat and asking him, “do you think the project will be completed on schedule?”

With a nonchalant chuckle, he answered, “And you really think it will be completed? By the end of this we will have no metro. We will only have a dozen more new billionaires.”

While the corruption of the elites is visible and quantifiable, the culture of corruption in government bureaucracies is just as costly and may prove more difficult to uproot. For instance, some government entities hemorrhage funds because they register large numbers of fake employees—individuals who are on the payrolls of offices that they have never set foot in. In many cases these same individuals would have other primary full-time jobs at other government organizations. The amount of waste resulting from lower level corruption and inefficiency is economically unsustainable.

Previous anti-corruption drives in the kingdom targeted mid-level bureaucrats while exempting well-connected elites. The enforcers of such efforts were powerful individuals who in many cases were the very engines of the corruption they were tasked to fight. Corruption was, and is, a way of life in a wide range of Saudi government bureaucracies. The system was effectively designed to favor corrupt mid-level bureaucrats and reward them with promotions, while side-lining transparent and committed technocrats that were perceived as threats to the chains of institutional corruption. It is hardly surprising these previous reform attempts, seemingly hypocritical, failed.

The challenge seems to be how to target the elite, many who are well connected and protected, and also change the structure that allows corruption to grow. The message sent from the Ritz Carlton crackdown was meant to be that the current government will go after industry heavy weights and powerful government officials. How easily such powerful figures can be held accountable remains to be seen, though.

One reason Saudi Arabia ignored this problem in the past was simply high oil prices. These high oil prices were arguably one of the main causes of corruption as revenue windfalls were channeled to mega projects that were implemented in the absence of well-developed institutional oversight frameworks. The Kingdom could afford government mega projects costing substantially more than what they should and taking twice as long as planned to complete while oil was at 140 USD per barrel in 2014. But as average oil price declined in 2016 to 44 USD per barrel, corruption and inefficiency were no longer sustainable. It is clear that the Crown Prince’s stated intention of weaning the country off oil is economically necessary. Oil is now nearing 70 USD per barrel, which could also be good news—but only if the increased money flow does not have the detrimental effect it had in the past encouraging corruption and preventing real reform.

Saudi Arabia is implementing Vision 2030, a massive national reform plan amid low oil prices and regional tensions and instability. The good news is that many necessary and difficult decisions have already been taken such as the partial lifting of fuel subsidies and the introduction of value added and excise taxes (the latter also being called sin taxes for being imposed on “sinful” products such as tobacco and energy drinks). Whether politically motivated or not, the Ritz Carlton arrests show a hopeful commitment to reducing top-level corruption, but the level of follow through will make or break Saudi Arabia’s transformation.

Mohammed Alyahya is a Saudi political analyst. He has written for the New York Times, the Financial Times, and the Guardian among other outlets. Follow him on Twitter @7yhy.