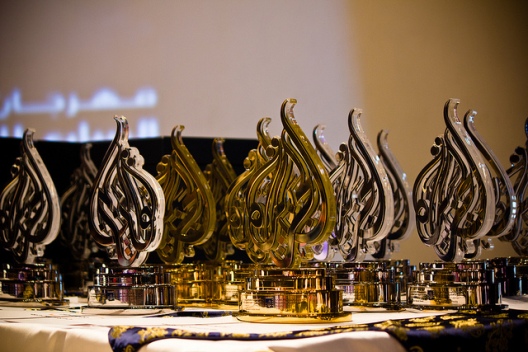 Much of the coverage has dealt with accusations of biased reporting, each side criticizing media gaffs by the other.  And there are many. But while questions of media fairness are important, for Egypt watchers there is more to the story.  Taking a step back, the Al Jazeera drama is reflective of structural changes in Egypt’s local media landscape—and a troubling harbinger of journalism rights going forward.

Al Jazeera is no stranger to controversy. For over a decade the pan-Arab channel—which Mubarak infamously called a “matchbox”—aired views and news the Egyptian state preferred to ignore.

When the Qatari Emir Sheikh Hamad first launched his channel in 1996, he claimed to model the all-news Arabic channel after the BBC. In a region long suffering from autocratic media regimes, Al Jazeera brought a higher degree of professionalism and political engagement to millions of television viewers—except for critical coverage of Qatar, and friends.

Before July 3, three Al Jazeera channels were available in Egypt: Al Jazeera Arabic, founded in 1996, and Al Jazeera English, started in 2006. Both broadcasted from Qatar by satellite and shared Egypt offices, but had different editorial lines. The third station, Al Jazeera Mubashir Misr, [Egypt Live] launched in 2011, broadcasting via the Egyptian NileSat.

While it is often difficult to measure or trust media consumption stats in Egypt—where facts and figures often fall victim to political purposes—both scientific and street polls consistently show Al Jazeera among the top news sources in Egypt, and the Middle East. A 2007 Al Ahram Center for Political and Strategic Studies survey ranked Al Jazeera, followed by Egypt-owned Channel 1 and Channel 2, as the top television sources, according to “Mapping Digital Media”

Indeed, in the lead up and aftermath of the revolution, a slew of newly licensed private channels— enabled by Mubarak’s light liberalizations —started to compete for Egypt’s media space. Lively and popular debate on talk shows on channels like Dream and ONTV pushed the limits of acceptable speech—and broke Al Jazeera’s monopoly on political commentary.

Egyptian authorities—backed by state and private outlets like ONTV and CBC—have justified their crackdown on Al Jazeera channels, citing media and broadcast laws. They allege that Al Jazeera lacked the necessary permits and presented biased news that spread “lies and rumors damaging to Egyptian national security and unity.”

Echoing rights groups’ claims of media repression, Al Jazeera fired back. The network decried the latest well-documented suppression of freedom of the press and expression at the hands of Egyptian authorities. On September 17, Al Jazeera hired a high profile London firm to take legal action in international court against the Egyptian government for their deportation of media professionals, confiscation of their equipment, closure of offices, and jamming of stations.

According to Sherif Mansour of the Committee to Protect Journalists (CPJ) in a phone interview, the military-backed government has invoked a complex network of media laws instated by the Mubarak regime and maintained by Morsi. For example, by law all channels must be licensed and broadcast out of the Egyptian Media Production city, controlled by the state run ERTU. Al Jazeera Mubashir was not. The station had reportedly applied for transmission licenses after bring shut down for similar reasons in 2011, but kept transmitting as they waited for state permission. Incidentally, the same reasoning was used to temporarily shut down privately-owned Dream TV, under the Morsi regime.

Mansour also addresses another claim against Al Jazeera—that some of its foreign journalists were without required work permits. According to archaic Egyptian press and syndicate laws, local and foreign journalists must first attain press accreditation, providing the state great oversight over who it allows to be a journalist and not.

Journalists have been lobbying to change these and other restrictions—as well as calling for a restructuring or abolishment of the outdated Ministry of Information and Supreme Press Council. While digital and political disruptions have undermined much of the state’s media monopoly, Egypt’s leaders—like many neighbors—have retained powerful political and economic networks opposed to real revolution in the journalism landscape.

Bias in a post-Brotherhood Egypt

After Al Jazeera’s first July 3 raid, the Egyptian Journalist Syndicate did speak out. But in the months since Egypt’s Arabic media has come out decidedly against Al Jazeera’s case—and any pro-Brotherhood coverage.

In recent months a string of articles documented Al Jazeera’s Brotherhood partiality in Egypt—seen most in its Arabic coverage.  “That Al Jazeera is biased in favor of the Brotherhood is now widely accepted as fact,” argued Emirati-based Sultan Al Qassemi in Foreign Policy, citing incendiary sectarian language, and incomplete content. A video clip from July shows Al Jazeera Arabic correspondent Ahmed Mansour urging pro-Morsi supporters against the military—and advising them how to improve their media strategy.

Throughout July and August tens of Egyptian Al Jazeera Arabic and English journalists have resigned, citing the network’s lack of neutrality in its media messaging. In the words of one former employee, she had to leave after “airing lies and misleading viewers.”  One notable journalist was Fatima Nabil, who last year was the first veiled Egyptian news anchor on State TV—after a stint at the Brotherhood owned channel, Misr25.

To the ire of many Egyptians, Al Jazeera has also aired appearances by Freedom and Justice Party leaders Essam al-Erian and Mohamed al-Beltagy. At the time both men were wanted for inciting violence—and Beltagy has since been arrested.

Former Al Jazeera producer Adam Makary recalled his unease when the Arabic bureau chief Abdel Fattah Fayed, a known Morsi supporter, brought in new journalists after Morsi’s election, reportedly to tip consensus towards pro-Brotherhood coverage. When he joined the Cairo bureau in 2010, Makary had been proud of the network’s watchdog role. But by November 2012 he felt he had to leave, citing the bureau’s limiting neutrality in language and protest coverage.

“They’ve been sympathizing more with the brotherhood by giving coverage that is unmerited.” Makary said from Cairo via Skype. “For us in the English channel it was not something nice to be associated with.”

American University in Cairo media scholar Mohammed El Masry defended the channel’s record. Compared to state and private media’s coverage, he claimed the station provided more of a diversity of voices and otherwise lacking visibility to “underdogs”—in this case, Egypt’s pro-Morsi supporters. “This position is not unreasonable given realities on the ground, the position of numerous political scientists, and editorial slants of other international media networks, and, importantly, news is not, and cannot be, absolutely value-free,” argued El Masry in an email.

He added, “I doubt that many of them were complaining in 2011 when Al Jazeera was calling the anti-Mubarak protests a “revolution” and Mubarak a “dictator.”

At the core of the current drama is a question facing countries in the region, that are suffering from a post-autocratic media disorder: who has the authority to determine what news is fit for journalists to film, print and post?

“I am personally against the closure of media outlets, even if they commit such violations,” argued Egyptian Journalism Professor Rasha Abdulla in an article, “Closing media outlets is not the solution,” for the Egyptian news site, Mada Masr. “You fight words with words, not by closing down a channel and stifling freedom of expression.”

Abdulla began her argument with a clear statement opposing the channels Egypt coverage. Nonetheless, she argued, it was essential to apply the same standards to all, citing state TV’s incitement to violence in the 2011 Maspero demonstrations as Al Jazeera’s counterpart. “If we do that, we realize that the decision to close down Al Jazeera Mubasher Misr is futile and inefficient, and positions Egypt as a country that cracks down on freedom of thought and expression.”

CPJ’s Mansour seconded Abdulla’s sentiments. But he also admitted that the principle was tricky in application, such as where to draw the line between a station like Al Jazeera and other banned Islamist channels, like Al Hafez, whose incendiary content violated international standards.

After a year of Morsi’s hostile media environment—preceded by military rule—there is no easy fix for what to do with Al Jazeera and the polarized journalistic camps.

“Decades of censorship—imposed through laws, intimidation and direct government control of giant press and broadcasting entities—thwarted the forming of a national consensus on norms of journalistic autonomy and objectivity,” writes Arab media scholar Naomi Sakr in Transformations in Egyptian Journalism.

These days the voices calling for reform of media standards in Egypt are still shouting—but their lessons are not being heard.

“The most urgent need now is for a professional journalistic code of ethics drafted by independent civilian organizations such as the Journalists’ Syndicate, the National Coalition for the Freedom of Media, and scholars of media without military involvement, intrusion, or oversight,” wrote Adel Iskander for CPJ back in July. “…Anything less than that promises further aggravation of already volatile media environment.”