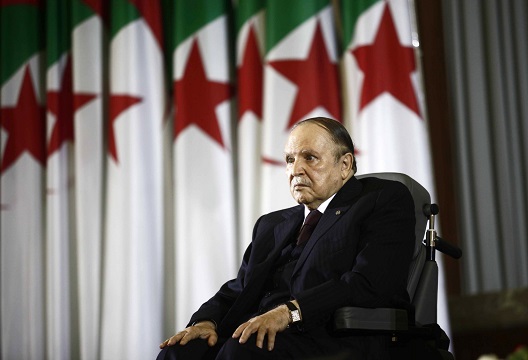 Algeria has a problem knocking on its door: Libya. A relative powerhouse in North Africa, a combination of political and economic issues has weakened Algeria in recent years, limiting its engagement in Libya while it dealt with its more immediate concerns at home. Despite these challenges, Algeria may step up in the face of continued instability in Libya. However, after years of taking only limited action, Algeria is left with a weak hand to deal.

Algeria has sought to further two key and interrelated aims in Libya: to reestablish regional stability and to maintain a balance of power. Instability in Libya threatens the security of Algeria’s borders, and provides openings for extremist organizations including al-Qaeda in the Maghreb (AQIM) and the Islamic State (ISIS, ISIL, Daesh) to gain strength. Security concerns provide Algeria a clear and tangible interest in facilitating an end to the conflict in Libya.

Meanwhile, Algeria’s interest in maintaining a balance of power in North Africa is less tangible. Algeria traditionally plays a balancing role in a region that is integral to both Africa and the Middle East: whereas Algeria and Morocco compete for power in the Sahel (to include a disagreement over the status of the Western Sahara), Algeria counterbalances Egypt’s influence in the rest of North Africa. In this way, Algeria does not have a particular preference for who controls Libya, but rather wants a stable Libya that is not overly indebted to Egypt.

Since 2011, Algeria has thought mediation rather than intervention was the best course of action in Libya. Articles 26 and 28 of Algeria’s Constitution codify its commitment to diplomacy, support for international organizations, and pledge to respect the “legitimate sovereignty” of other states. Consistent with this non-interventionist policy, Algeria has respected and supported the UN-led negotiations for Libya and has opposed foreign incursions, whether the NATO intervention or the arming and military backing of parties in the conflict in Libya.

Meanwhile, Egypt has made more direct attempts to distinguish itself as the power-broker in North Africa and to influence outcomes in Libya. Egypt has led its own efforts at mediation, and, juxtaposed to Algeria’s policy of non-intervention, provides air support to the self-proclaimed Libyan National Army under General Khalifa Haftar, which opposes the UN-backed Government of National Accord (GNA).

Limiting Algeria’s influence in Libya is the fact that its once-notable political and economic prowess is now on shaky ground. Algeria has a long history of diplomatic prestige from playing a key role in the Iran hostage crisis negotiations to holding prominent positions in the African Union. Algeria’s well-equipped, trained, and robust military has contributed to its reputation as a critical partner to the United States and international community in countering terrorism in the Middle East and, to an extent, the Sahel. The nation also benefits from robust natural resources, with the 10th largest natural gas reserves and 16th largest oil reserves in the world.

Now, though, Algeria is facing problems at home that limit its ability to project power in Libya. President Abdelaziz Bouteflika is in the final year of his fourth presidential term and of ill health. The president, turning eighty-one years old in March, retains nominal power despite his rare public appearances since suffering a stroke in 2013. Questions abound regarding his ability to communicate, let alone make decisions, in his current state. Further, neither the president nor the ruling National Liberation Front (FLN) have made clear a plan of succession ahead of presidential elections scheduled for 2019. There is both uncertainty about who actually holds executive power in Algeria now and whether a post-Bouteflika transition will lead to instability.

Economic challenges exacerbate these concerns regarding Algeria’s stability, further reducing Algeria’s ability to focus attention on and influence outcomes in Libya. The worldwide decline in oil prices has drastically reduced the Algerian government’s revenues from state-owned energy reserves. Not only has Algeria had to implement modest measures to reduce public spending including tax hikes and subsidy reductions, but these conditions also preclude Algeria’s ability to quell protests by teachers, police, and other public-sector workers with demands including higher salaries and better working conditions. These localized, near-daily protests threaten to delegitimize the Algerian government not only in the eyes of its people but also allies in the international community and competitors such as Egypt.

A weakened Algeria has been unable to counterbalance Egypt in Libya. While Algeria has remained committed since 2011 to mediation between the various actors in Libya, it has pursued this non-interventionist policy by supporting UN-led negotiation efforts rather than taking a more prominent role by leading independent negotiations. Egypt may have perceived Algeria’s limited actions as a lack of investment in the conflict, or at least confirmation that Algeria was too distracted by challenges at home to check Egyptian efforts to expand influence in Libya. As negotiations in Libya continue to stall, Algeria could have an opportunity to reengage.

The United Nations is looking to elections in 2018 to reconcile the conflict in Libya. The prospect of free and fair elections, however, remains highly unlikely with violence and political oppression presenting threats to both candidates and voters. In this uncertain environment, Algeria could play a critical role.

Algeria could prioritize cooperation over competition by working with Egypt, along with Tunisia, to jointly pressure all actors to work toward a conclusion to the conflict. Egypt, Tunisia, and Algeria all have a vested interest in stability in Libya. However, Egyptian-led efforts at mediation have thus far been unsuccessful—just as Algerian-supported UN-led efforts have failed to achieve any breakthroughs.

Algeria may be uniquely well-suited to bring together opposing sides in the Libyan conflict for negotiations. Algeria has not intervened directly in Libya and has maintained a generally neutral position in region-wide disagreements. Meanwhile, it has ties to actors on opposing sides of the conflict.

In particular, Algeria has a long history of close military, political, and economic ties to Russia—a country that has professed a position of neutrality in Libya despite actions that indicate alignment with Egypt and support for Haftar. Algeria could leverage its relationship with Russia toward pressuring it to play a more constructive role in the conflict, to include support for negotiations. Algeria’s ties to tribal groups in Libya, close cooperation with Tunisia, and economic and political links to the West could also strengthen its position to mediate talks. A joint Algerian, Egyptian, and Tunisian effort toward negotiations would benefit from ties to Russia, the Gulf countries, and Western countries as well as Islamist, tribal, and other actors inside Libya.

Admittedly, the extensive political and economic challenges that have limited Algeria’s involvement in Libya have not abated. Further, joint Algerian-, Egyptian-, and Tunisian-led negotiations might be unsuccessful in reconciling the conflict in Libya. However, Algeria has the opportunity to reassert its role as mediator in the region in the face of stalled negotiations and faltering elections in Libya. Given Algeria’s interest in stability and a balance of power in North Africa, Algeria has reason to invest diplomatic attention in Libya.

Image: President Abdelaziz Bouteflika looks on during a swearing-in ceremony in Algiers April 28, 2014. Bouteflika was sworn in for a fourth term on Monday after easily winning an election opponents dismissed as fraudulent to re-appoint the ailing independence veteran after 15 years in power. REUTERS/Ramzi Boudina