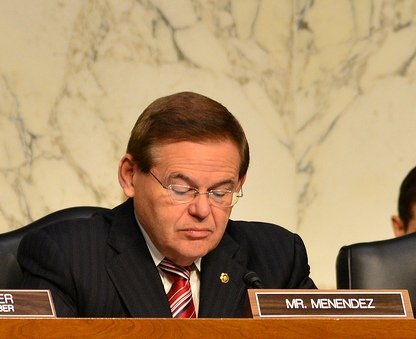 Should the United States sidestep its laws and continue to provide aid to Egypt given the events of July 3? If the United States suspends assistance, will we lose our vital security partnership with Egypt? These questions were fiercely debated at today’s Senate Committee on Foreign Relations hearing on the crisis in Egypt that featured testimony from expert witnesses such as former ambassador to Egypt Daniel Kurtzer, former State Department Policy Planning Director Dennis Ross, and Michele Dunne, an Atlantic Council vice president and director of the Rafik Hariri Center for the Middle East.

The hearing revealed a stark polarization among the senators, with one side fearful that any change in US policies towards Egypt could provoke anti-American backlash from Egyptians and threaten US-Egyptian military ties. Senator Robert Menendez and Senator Bob Corker were clearly in this camp. The other side, with Senator John McCain and Senator Rand Paul leading the charge, offered a robust counterargument that the United States must show respect for the rule of law and suspend aid to Egypt as is required under US law when a foreign military is involved in ousting its country’s democratically elected leader.

Not a single senator or witness denied the importance of US-Egyptian cooperation on counterterrorism, security, and American troop and supply transfers through the Suez. The disagreement was over how the United States should react to recent troubling events in Egypt where millions of Egyptians marched in the streets demonstrating their anger at former president Mohamed Morsi’s overreach and incompetence. Morsi’s prompt removal by the military has thrown the United States a real policy curve ball: given the necessity of US-Egypt ties, how should it respond to the undemocratic fashion in which Morsi was removed? And does the United States have more leverage by suspending or continuing aid to Egypt?

A number of concerns were raised at the hearing about suspending or conditioning aid, with one witness going so far as to say that cutting off aid would harm our security relations with the Egyptian military and would be akin to cutting off our nose to spite our face. Likewise, Senator Menendez brought up fears that if the United States suspends aid, it will be viewed by the Egyptian people as siding with the Muslim Brotherhood.

Several senators asked the witnesses what they thought about the recent language in the Senate foreign operations appropriations bill for fiscal year 2014 that conditions aid to Egypt on meeting specified governance, human rights, and civil-society freedoms benchmarks. While all the witnesses agreed that inclusion and greater protections for rights and freedoms are the only way to ensure stability in Egypt, some such as Ambassador Kurtzer expressed concerns that conditioning aid will “get the Egyptian people’s back up” by making it appear that the United States is pronouncing dictates and interfering in Egypt’s internal politics.

Presenting a different viewpoint, Senator McCain argued that if we ignore our own laws, we risk losing our moral credibility abroad. Moreover, Senator McCain lamented, we have no coherent policy towards Egypt: we refuse to call Morsi’s ouster a coup and yet yesterday the White House decided to suspend a shipment of F-16s to Egypt. Senator Paul agreed with Senator McCain’s concerns, arguing forcefully for an immediate suspension of aid and noting the semantic acrobatics it takes to claim that what happened in Egypt was not a coup.

Respect for the rule of law and basic American principles should prevail in this case, argued Senator Paul and Senator McCain. Dr. Dunne offered a nuanced perspective on this point, noting that depending on how the Egyptian military reacts to any aid suspension, a principled response to Egypt need not damage our security ties. Rather, she underscored, if the military is serious about a return to civilian rule and free and fair elections, a temporary aid suspension will be just that: temporary.

Alongside the heated debate over whether aid should be suspended: today’s hearing revealed a troubling tendency on the part of certain senators to overlook the repression, exclusion, and violence that is taking place in Egypt. While concerns were raised about violent attacks against Coptic Christians, none of the senators seemed worried about the arrest, detention, and possible serious legal charges against Muslim Brotherhood leadership. Senator Corker argued that the new coalition government is making efforts to include the Muslim Brotherhood going forward, but the Brotherhood is rejecting the offer. However, the witnesses offered differing perspectives on this question, with Dr. Dunne pointing out that the inclusive language of the coalition government is belied by its actions towards the Brotherhood. Shutting down pro-Brotherhood media outlets, arresting key leaders of the movement, and continuing to hold Morsi incommunicado only heightens tensions and does not bode well for dialogue.

Unfortunately, given negative Western perceptions about the Muslim Brotherhood, it may be all too easy for the US government to see the events of July 3 as a “second chance” for Egypt, as Ambassador Kurtzer put it, ignoring the fact that a democratically elected president was removed undemocratically and that a dangerous campaign of repression and exclusion is currently under way. The United States is not fond of the Muslim Brotherhood’s ideology and there was real, justified anger against Morsi, but if the United States turns a blind eye to the troubling precedent set by the military’s removal of Morsi, it loses the chance to push for reforms that will ensure a better path for Egypt.

Stefanie Hausheer is a program assistant with the Rafik Hariri Center for the Middle East.