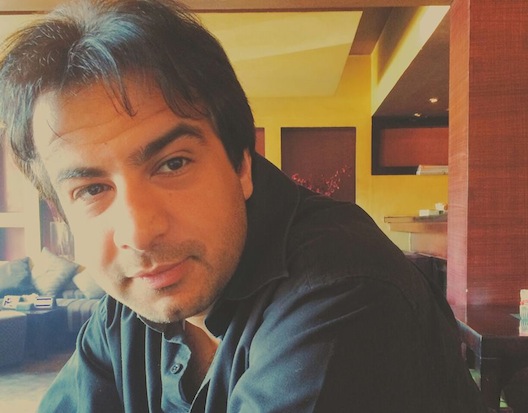 On April 29, analyst, writer, and an essential voice covering Egypt since the 2011 uprising, Bassem Sabry, passed away. He was 31. His death has seen an outpouring of condolences and remembrances on Twitter. A regular contributor to Al Monitor, as well as being published in The Atlantic, Foreign Policy, Al Masry Al Youm, and more, he was a prolific writer, whose work at once gave invaluable insight into the ongoing Egyptian crisis, and was proof of his love for his country. Below is a eulogy written by his friend and colleague, Mohamed El Dahshan.

I’d like this to be played in my funeral, hopefully after a happy long life. A sublime piece of music http://t.co/7vDZ46QfOd

Hit the link above. The music will go well with the text, I think.

Here’s is what I have to tell you about Bassem Sabry:

This is perhaps not the first epithet used to describe someone in a eulogy; perhaps it will seem to you as a let-down, if you were expecting flowery superlatives and complex adverbs. And I will use those adverbs and superlatives, too, for Bassem was truly all of them. But all those who read him, whether on his blog or in the local and international press he regularly contributed to, can tell you that he’s an extremely astute writer, a gifted analyst, an indefatigable storyteller, and even through the darkness, optimistic to a fault. He was also an excellent bilingual chronicler of the Egyptian revolution, regularly keeping the world informed. Those who knew him personally – and perhaps those who followed him on twitter for he was consistent online and away-from-keyboard – will add that he was ridiculously kind; he was a hopeless romantic; and an ever-reliable friend. He also had a predilection for self-deprecating humour, and a maintained a running joke about actually being Batman (since, as he rightfully pointed out, him and Batman had never been seen in the same place together).

But few will tell you that he was, too, extremely truthful to himself and others. His fundamentals never changed. He abhorred labels, and as such never advertised his political affiliations. He demanded rights for all a decade ago, as he did yesterday. He stood for the oppressed, never condoned injustice, and never censored himself for an unpopular position. He was always able to reach out, even to those who seemed the most distant.

“I have learned that you cannot help others unless you first help yourself. But I have also learned that the greatest honor that one could experience is to arrive upon a true serendipity of an opportunity to aid and bring joy to another human being.”

I’ve known him for 13, 14 years – with a few years of lost contact in between – and I am struggling to remember him an iota different from what he is today. Besides gaining a few kilograms and experimenting with facial hair, he has remained the naturally charming and effortlessly cool guy he always was. Cool not as in trendy – though he was quite the dresser – but cool as in, chill. Or at least that was his façade. He was difficult to faze, and he never let anger get the best of his reasoning, a rare skills in today’s angry, over-caffeinated, over-nicotined Egypt. (And Bassem ran on coffee.) Inside though, he was a boiling mass, and mess, of emotions. He was deeply humanly fallible, and analytically mentally very strong at the same time.

He was also disarmingly sincere. Perhaps never so much as in an article he wrote and published when he turned 30, which was less than two years ago. He posted an English translation, too, which reads like his manifesto for life. It is what I extracted those blockquotes in the article from. Perhaps the best description I can offer you of him, is that he consistently stood by his own words.

“I have learned that there are kinds of death, and that certain kinds of people choose to die while their heart remains beating, their eyes seeing, their bodies animate, and their tongues speaking. Those people walk amongst us and appear alive, and they – at best – are comatose. Some of them could wake up and reanimate themselves if they choose to break through this fear of life, and if they elect to realise that the fear of failure is  – or of the admission of truth and accepting it and changing accordingly, both are – worse than failure itself. But I have also realized that some necessitate an outside bolt of lightening to awaken them, and sometimes this lightening has to be you. I have also learned that tears are not shameful, but getting used to incessant tearing is such.”

And he was a terrible politician – he was too principled for the job. In his tenure as head of the Political Planning Committee of Al-Dostour party, a glistening position he was always extremely low-key about, he attempted to do his work as best as possible amidst of political machinations and personal politics; as his methodical approach to his job – which involved, well, actual planning and consultations – seemed to be inconsistent with the egos at the top, he chose to bow out from his leadership position.

But he had an incredible facility to move across society and circles. Co-owning a film production company with his siblings (another fact he never advertised), he was equally at ease – and more importantly, equally happy I think – on a film set overseeing a Bollywood-style choreography, as he was brainstorming in a smoky living room with some of the country’s most respected political free-thinkers. More importantly though, he always brought something new to the table. A fresh idea. A different perspective. An astute critique. His added-value was unmistakable, whether you asked him for his thoughts about the upcoming elections, a romantic conundrum, or which car you wanted to buy. (I’ve had all those conversations with him, actually.)

“I have loved once or twice, perhaps even thrice, and upon the loss of my loved one I felt as if the world had literally ceased to exist, and I experienced physical pain as much as I experienced the spiritual affliction. And yet, I am now a more complete human being having experienced those emotions, these sentiments. Then, I loved again, and lost again, and the affliction was less. And now, for me, love is something less innocent and perhaps less spontaneous in many ways, but it also became something more soaring and noble, something deeper, and that is one tradeoff I am willing to accept. I have also found that the sweetest of love is the love in which you and your beloved are the closest of friends as well, finding yourself longing to speak to her as you yearn to glance her face.”

In the few hours since Bassem’s passing, I have spoken to numerous friends on four continents. We all cried on the phone, and hung up. The number of people who loved Bassem – whose name, incidentally, means “Smiling” – is surprising. Well, hardly surprising given the person he is, but the deluge of love and the outpour of grief is unlike anything I’ve seen. Friends of his have driven to his house and are just standing there, in the dark of the night, as I type. The Egyptian social media sphere is, literally and across linguistic boundaries, a collective Bassem memorial, or a giant therapy group. Much has been written about the dynamics of grief and the internet, but it always was from an individual perspective, or a collective experience within groups sharing links. What we’re witnessing is deep sadness, like that you would experience at the death of a cousin of a close school friend, but at the scale of a celebrity passing. Those conversations are the online equivalent of hugging strangers at a loved one’s funeral. And many, many have comforted one another tonight.

Beyond mourning a dear friend who left far too soon, I also grieve losing what could have been. Many will say that Bassem could have had a brilliant political career – perhaps so. But he undoubtedly had so much to give. I am sad for a country that he loved deeply, for a future that needed him, and for all those who will never get the chance to meet him. The loss is personal and collective. And it’s infinitely difficult to process.

Do one act of kindness today. And also: send a random nice message to someone, brighten up her or his day.

I think I’ll do just that. Here’s my random message to you all, and it’s a prayer: may you be as as kind, as smart, and as loved, as Bassem Sabry. There’s nothing better.

Farewell, Batman. The world is a darker place tonight.

Mohamed El Dahshan, an economist and writer, is a nonresident fellow with the Atlantic Council’s Rafik Hariri Center for the Middle East.
North Africa