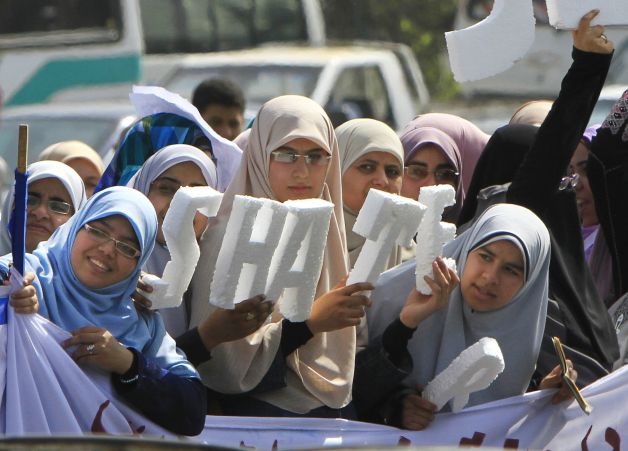 The Brotherhood’s decision to run for the presidency has thrown an unexpected wrench in an already unpredictable presidential race, creating tensions and divisions within the Islamist political movement. Al-Shater’s entry into a field of candidates that already includes three Islamists could split the Islamist vote.

In addition to Khairat al-Shater, the Brotherhood’s deputy Supreme Guide, the Brotherhood has also nominated Mohamed Morsi (chairman of the Freedom and Justice Party) as an "alternate" candidate in the event that al-Shater is disqualified by a legal challenge to his candidacy.

The Brotherhood’s surprise move – a reversal of its previously stated position against direct participation in the presidential election – inside and outside the Islamist movement. Al-Shater’s nomination has been criticized by rival Islamist candidates Hazem Saleh Abu Ismail (affiliated with the Salafis) and Mohamed Selim al-Awa, who predict that al-Shater’s presidential bid will lead to fragmentation of the Islamist vote. The Council of Salafi Scholars, which includes prominent symbols of the Salafi movement such as Sheikh Mohamed Hassan, has similarly attacked al-Shater’s campaign and flatly rejected calls from Islamists urging Abu Ismail to drop his candidacy in deference to the Brotherhood’s chosen candidate.

At the same time, the Brotherhood’s leadership is intensifying its efforts to suppress these internal divisions. Toward this end, the Brotherhood is working to persuade the Salafi Nour Party – which holds the second largest voting bloc in parliament – to support al-Shater. The Nour Party is believed to be sympathetic to al-Shater, although the Salafi candidate Hazem Saleh Abu Ismail has insisted that he will not drop his presidential bid, and it appears that the two other presidential candidates are also determined to run. One factor that could force the Islamist forces to unify around one candidate is growing pressure from liberal and secular candidates.

The Brotherhood has broken a promise it made after the January uprising not to compete for the presidency, and expelled former Guidance Bureau member Abdel Moneim Aboul Fotouh after he announced his intention to run, in defiance of the Brotherhood’s pledge. This isn’t the first major promise broken by the Brotherhood since the revolution: The Brotherhood originally pledged not to run for more than 30 percent of the seats in parliament, but went on to compete successfully for more than 50 percent of the seats. The Brotherhood justified its modified position by claiming that circumstances had changed, prompting widespread criticism from across the political spectrum.

The Brotherhood’s unexpected decision to field its own presidential candidate was taken due to lack of viable alternatives: The Brotherhood could not supports the rebel who had defected from its own ranks, Abdel Moneim Aboul Fotouh, nor could it support a non-Islamist candidate without severely alienating its constituency.

The decision, made as the Brotherhood is still struggling to move forward the process of withdrawing confidence from Kamal Ganzouri’s embattled cabinet, can also be understood as an attempt to maximize control over the political system by monopolizing the legislative and executive branches.

But a growing number of Islamists are skeptical of al-Shater’s nomination and fear it will weaken the Islamist movement overall. Dr. Tarek al-Zamar, a member of the Salafi Shura Council of Islamic Scholars, said, “The nomination raises question marks particularly in the presidence of three other Islamist candidates,” suggesting that the decision appears intended to split the Islamist vote and undermine support for Islamist candidates to benefit the military’s nominee.

The Brotherhood has been building a strategy for political domination for the last 80 years, but moving to monopolize power too soon by nominating a presidential candidate could ultimately undermine the Brotherhood’s imperial agenda.By polarizing the Islamist movement and alienating rival Islamist candidates, the Brotherhood could damage its own prospects for electoral victory in May.