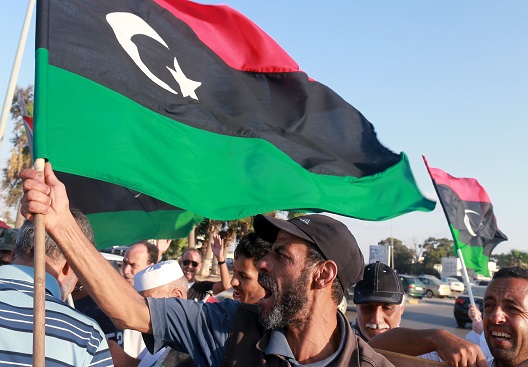 In the wake of the Security Council’s renewal of the United Nations (UN) mission in Libya (UNSMIL) in September, a sequel to UN-led mediation efforts directed by a new Special Representative of the Secretary General is underway in Libya. It once again hopes to reach an agreement among the main actors of the Libyan crisis while guaranteeing the will of the Libyan people to reject authoritarianism and realize a pluralistic political system respectful of human rights and individual liberties. The script follows a familiar pattern: a UN roadmap that paves the way for a grand elections finale. But the deadlock in Libya and the dynamics since the onset of the political crisis may require more unorthodox thinking and counterintuitive solutions.

The latest UN mediator is Lebanese professor Ghassan Salamé, a respected scholar and well known politician with all the qualities needed to succeed in the difficult task of building consensus among the fragmented Libyan factions. When the UN General Assembly met in September, Salamé unveiled an Action Plan that includes amending the 2015 Libyan Political Agreement (LPA), holding a national conference, and adopting the constitutional and electoral framework for elections to occur as soon as possible thereafter.

Two committees from each of the rival assemblies—the House of Representatives (HoR) in Tobruk and the High State Council in Tripoli—would meet in Tunis and agree on limited modifications to the LPA. The National Conference would follow, allowing representatives of different groups, sectors, and communities across Libyan society to present their vision of a future Libya. It remains unclear whether the Conference will appoint a revised Presidential Council and a new Prime Minister or if the reshuffle will have already taken place. In either case, the Constitution Drafting Assembly (elected in February 2014) would then complete the new draft constitution and hold a national referendum for its approval. Once approved, the new transitional authorities would organize presidential and legislative elections, finally moving Libya into a more permanent and legitimate institutional system.

The sequencing in the UN Action Plan holds much promise, particularly the foundational moment that the National Conference would create in determining Libyan identity and the citizen-state relationship. The rush to elections in 2012 before commencing a national conference crystallized the divisions on the ground, making cooperation and collaboration nearly impossible for a country emerging from a bloody revolution. Without a foundational moment on which to focus, national reconciliation, and transitional justice (among other issues) took a back seat to power struggles among parochial interests, which led to the current crisis. It then follows that any plan would correct this mistake. But is this the same Libya? Or are conditions so different today that the institutional steps foreseen by Salamé should be modified?

After five years of political turmoil, Libya is a shadow of its former promise. Libyans have never seen living conditions deteriorate so badly. Frequent electricity and water shortages, soaring food and commodity prices, a lack of cash liquidity, and a booming black market have degraded the standard of living and promoted lawlessness. Rampant corruption and the rising crime rate compounds the threat to security caused by continuous inter-militia fighting. Common citizens feel a real sense of urgency to solve the crisis before it mutates into a humanitarian emergency—and here is where the UN plan presents a weak flank.

UN officials and other organizers expect the National Conference to take place in eight or nine months with no guarantee of success. Such a long time-span allows spoilers enough time to act against the successful completion of the process. Terrorist organizations can conduct destructive attacks to maintain the destabilization in which they thrive. In turn, Field Marshal Khalifa Haftar could choose a military takeover of the country rather than run the risk of a complete public security meltdown. This measure would kill any dream of realizing an open, pluralistic political system in Libya and provide no guarantee that it would bring security and order. Given the circumstances, an academically unorthodox idea emerges: would holding elections sooner—before the approval of the constitution and the holding of the National Conference—be a better alternative?

Going directly to the people to appoint a president and a parliament would bypass all the legal inconsistencies and contradictions around the validity of the HoR and the LPA, creating a single institutional structure that could deal with regional actors and the international community from a much stronger position of legitimacy. It could request international support against spoilers and discourage domestic actors from forcibly taking power. A new government appointed by the new legislature could immediately work to restart the economy and provide much-needed public services—services that would otherwise remain absent in the interim period leading to the National Conference.

Objections to the idea of holding early elections are many and relevant—from a practical point of view there is the problem of the dire security situation and the difficulty of ensuring the participation of the internally displaced, and from a theoretical point of view, there is the concrete risk of having a victorious force unbound by any legal framework—but none necessarily negate the idea. International actors (at least those seriously interested in helping Libya) could provide pivotal logistical and technical support for the elections. This help can include physical implementation of the process, sending observers to ensure the regularity of the electoral operations, monitoring spoiler behavior, and diplomatic efforts to prevent them from harming the process. International involvement would also be necessary to devise a series of conditions to limit or prevent any victorious actor from abusing its position and the lack of a constitution.

UN mediators and by the Libyan political elite should at least consider the idea of early elections. Despite its obstacles and myriad difficulties, it could provide a modicum of governance that could go a long way in establishing the viable institutions needed to bring order, security, and prosperity to a very tired population.

Image: Photo: Protests against the United Nations to draft agreement talks headed by the Head of United Nations Support Mission in Libya, Bernardino Leon, in Benghazi. The United Nations said Libyan lawmakers had agreed to reunify the country's elected parliament in a step towards a final agreement which aims to end protracted chaos in the North African state. More than twenty-five Libyan lawmakers had been boycotting the House of Representatives (HoR) since conflict erupted more than a year ago between two powerful factions who have set up rival governments and parliaments in a battle for control. Photo taken September 18, 2015. Taken by Esam Omran Al-Fetori.