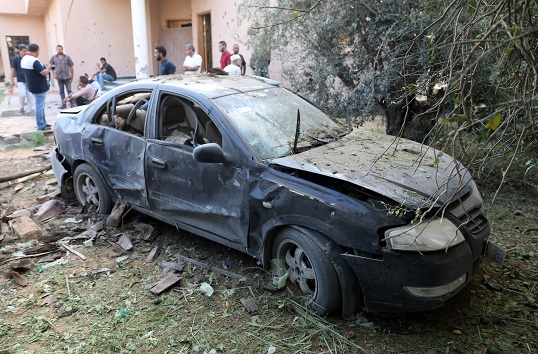 There is no denying that Libya is in a far worse state than at any time since the 2011 revolution. In a country of vast oil and gas wealth, basic services are frequently interrupted as armed gangs control the capital in the west. In the east, once feared leaders like Khalifa Haftar find their forces cornered in an uneasy truce with militias that were the corner stone of his quest for power. Meanwhile, southern Libya is now overrun by Touareg and Toubou migration as well as African mercenaries. In short, Libya is not one failed state, but more closely resembles three failed states with dozens of groups vying for control.

The new UN Deputy Special Representative to Libya Stephanie Williams has put forth a new plan for the country. Following the failures of the “Action Plan” advanced by UN Envoy to Libya Ghassan Salame, there is a chance that the leaked “Plan B” proposed by Williams may succeed. It seems to have support for Salame himself as he remarked “If legislation is not produced soon, we will close the chapter on this approach. There are other ways to achieve peaceful political change, and we will embrace them with no hesitation, indeed with enthusiasm.” Despite Salame’s possible encouragement of Plan B, it must overcome several obstacles.

The lack of functioning government institutions, security forces, and a judiciary has led to epidemic corruption and violence at all levels. The House of Representatives (HoR) refuses to fulfill any of its obligations under the Libya Political Agreement including failing to ratify the Government of National Accord (GNA), eliminate parallel institutions, enact elections law, or facilitate a referendum on the proposed constitution.

International politics has also played a part in the violence and corruption. French and Italian interests continue to compete in Libya. While the UAE, Egypt—along with other players in Libya—look to further their own agendas. Haftar has appealed directly to Russian President Vladimir Putin for help.

Adding to these obstacles, several major armed groups moved into the Libyan capital last week with the stated goal of ridding the capital of armed gangs and restoring law and order. Tripoli underwent a state of emergency with street battles raging between advancing forces and armed groups loyal to the GNA. However, reports indicate a fragile UN ceasefire was signed on Tuesday September 5, 2018.

It is into these circumstances that Williams advances her plan by convening a National Congress in Libya. First, this congress is to call upon the United Nations Security Council (UNSC) to withdraw recognition from all political institutions which draw their legitimacy from UN resolution 2259. Then the congress will “advise” the UN that presidential elections at this time of discord and insecurity will further divide the country so that no “one side will win.” Thirdly, the congress will ask the UNSC for a resolution under Chapter 7 to force all parties in Libya to organize general parliamentary elections within six months based on existing election laws. Finally, the plan calls for the US and its allies to issue stern and direct warnings to all sides that they must respect the outcome and refrain from interfering with the process.

Final preparations for Plan B will take place during a planned Rome conference to be held in November. Discussions are underway to determine who will participate in the conference. Some of the organizers want to limit the influence of the current power players including the GNA, HoR, and Hafter, and instead encourage the participation of municipal leaders, tribal members, and activists. Yet, Williams is seeking to bring together every actor in the conflict—which includes pro-Qaddafi and pro-Haftar groups—so that they receive a seat at the table.

In preparation of her plan, Williams is working on two other fronts. She is encouraging legal activists and attorneys to legally challenge any law passed by the HoR that may not be conducive to holding elections or that might lead to further instability. She is also trying to tame the armed gangs in Tripoli and elsewhere. Our sources confirmed that Moroccan intelligence agents, working in concert with the CIA, have sought to ‘turn’ some of these militia leaders into assets.

While Williams is trying to tackle several fronts at once in order to ensure the success of her plan, she needs to be aware of potential pitfalls that could derail her ambitions:

The most obvious pitfall is including Tripoli armed gangs as part of the process. The success, power, and profits of these armed groups depend solely on the lack of law and order. In order to avoid losing these privileges or even face prosecution, militia leaders are likely to subvert any plan to revive the Libyan state. After all, Khalifa Haftar, was identified as a spoiler by some US officials, was (and perhaps still is) a CIA asset. So while bringing these militia leaders into this process may appeal to those at Langley, it will lead to failure.

Further, the current election law must be revisited in such a way that guarantees that cities or regions are not discriminated against. Plan B also neglects one of the most important issues facing Libya today: The lack of a constitution. Instead, it should offer Libyans a roadmap to a constitution by forming a committee of international experts with a clear mandate to revise the 1963 constitution and put it to a vote next year.

Holding nation-wide elections, even with international support and US pressure, is a recipe for failure. The process must proceed gradually by holding incremental elections in regions that are under civilian control and deemed secure enough. A fully functional and sovereign parliament is formed with members joining in as more elections are held. The new parliament is to possess full sovereignty and legislative powers, including the authority to form a government regardless of the number of members who were voted in. More members of parliament will be elected to join the newly formed and functioning parliament when their districts satisfy the free and secure criteria.

Moreover, competing international agendas must be stopped. French meddling towards the goal of a government friendly to Paris and Abu Dhabi can be countered with American pressure. Pursuing the financial assets of corrupt politicians, militia leaders, and smugglers must become a top priority for the international community.

For those who would seek to destabilize the renewed efforts in Libya, especially Egypt and the UAE, the threat of economic sanctions should be leveled. Any entity or country that violates the arms embargo on Libya must face consequences. Williams would do well not to repeat past mistakes of previous UN envoys that pick and choose which UN resolutions to support.

Finally, the threat of an armed religious group, the Madkhalis, should not be underestimated. The Saudis can and must reign in this violent and anti-democratic ideology that has its spiritual base within the Kingdom. Encouraging certain armed groups in Western Libya to take on the Madkhalis may become a necessary evil for the plan to succeed.

A thriving and free Libya will not only deprive the Islamic State and other extremist groups of a North African base, but also will offer Europe a surety on oil and gas supplies as an alternative to the Russian pipeline and a slowing of immigration from Sub-Saharan Africa, a growing issue at European polls. The UN’s Plan B in Libya falls short of the ideals of the Libyan revolution as it brings into power supporters of Qaddafi as well as a warlord under investigation by the ICC for multiple war crimes. As devised, Plan B would offer Libya a form of shallow democracy that would bring stability, but not necessarily freedoms. Unless pro-democracy forces in Libya are able to provide a viable alternative, they have no choice but to settle for Plan B.

Emadeddin Muntasser is an author, political analyst, and TV commentator. He is a founding member of the Libyan American Public Affairs Council and the Democracy and Human Rights Foundation. Follow him @EmadMuntasser.

Mohamed Fouad is a Libyan political analyst and TV commentator. He has extensive knowledge of Libya’s intricate web of tribal and political alliances, history, and conflicts. Follow him @dmfowad.