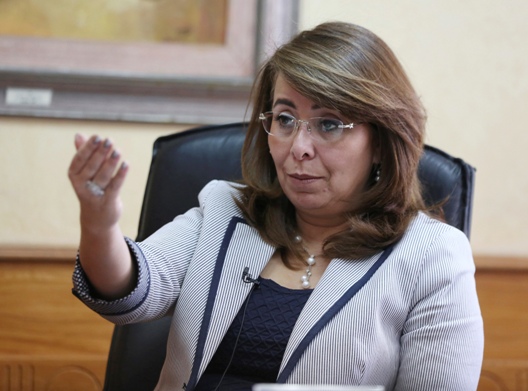 The Carter Center’s decision last week to end its operations in Cairo, after sharply criticizing Egypt’s human rights record and an atmosphere unconducive to hold fair parliament elections, sorely embarrassed a government that has claimed it is on track to restore the country’s elected bodies. The move ended hopes that the recent top-level meeting between Egyptian President Abdel-Fatah al-Sisi and President Barack Obama in New York would reduce tensions that characterized the US-Egypt relationship since the army ousted former Egyptian president and Muslim Brotherhood leader Mohamed Morsi on July 3, 2013.

The Egyptian Ministry of Foreign Affairs (MFA) lashed out against The Carter Center, producing a letter dated August 31, 2014, in which its Cairo director informed authorities of its plan to close down a month later. The letter cited logistical reasons and a decision by its board to direct resources towards monitoring elections in other countries. There was no mention, however, of the long list of charges that the Carter Center produced in a lengthy statement on October 15, regarding the government’s human rights violations and failure to guarantee freedom of association for local and international non-governmental organizations.

Government-owned newspapers and hardline critics of the Muslim Brotherhood group joined the government’s sharp rebuke of the Carter Center. They revived allegations that its founder, former US president and Nobel Peace Prize winner Jimmy Carter, has constantly criticized the army’s ouster of Morsi in an attempt to turn their country into a religious state led by the Muslim Brotherhood alone. Citing former president Carter’s repeated meetings with top Brotherhood leaders, they also accused him of being soft on Morsi’s many violations during his short year in office. Several commentators also blamed Carter’s close ties with President Barack Obama as one of the reasons behind the freeze on annual US military aid to Egypt following the brutal dispersal of Brotherhood supporters in August 2013 that killed nearly 1000 people, according to some human rights organizations.

Despite pledges from Sisi that parliamentary elections would be held before the end of the year, the exact date remains unknown. Nonetheless, The Carter Center said that its decision to close down its Cairo office, in operation since 2011, “reflects The Carter Center’s assessment that the political environment is deeply polarized and that political space has narrowed for Egyptian political parties, civil society, and the media… As a result, the upcoming elections are unlikely to advance a genuine democratic transition in Egypt. Both Egyptian civil society and international organizations face an increasingly restrictive environment that hinders their ability to conduct credible election observation.” The statement also quoted Carter’s hopes that “Egyptian authorities will reverse recent steps that limit the rights of association and assembly and restrict operations of Egyptian civil society groups.”

Egypt’s secular political parties and radical youth organizations that took part in the January 25, 2011 revolution often criticize Sisi’s delay in holding legislative elections, rejecting the amendments to an elections law that clearly harms their chances of winning and aimed at producing a parliament loyal to the president. However, similar criticism from an influential American NGO, chaired by a respected figure like President Carter, adds salt to an open wound in the eyes of the Egyptian government. Dozens of other international, European, and US organizations will likely monitor the upcoming parliament vote—as they did with constitutional referendum in January and the presidential elections held in May. But The Carter Center’s early withdrawal casts doubts on the credibility of the election long before it begins, irritating a government seeking international legitimacy.

Yet the most critical point in Carter’s statement makes clear that monitors cannot judge elections based on the technical aspects of voting day alone. “While focusing on these core elements of the electoral process, election observation missions recognize that elections are embedded in broader, ongoing political processes that also must be assessed,” the Carter Center statement said.

Egypt’s MFA said the statement issued by Carter Center “included wrong conclusions, and non-objective assessments that lacks credibility, particularly considering the transparency that marked the recent electoral processes, whether the referendum over the constitution or the presidential elections, and the fact that they were observed fully by local and international organizations that testified they were fair.” It added that the Carter Center’s decision “raises doubts regarding the Center’s integrity and its motives,” failing to take into account the sensitive end to a transitional period in the face of terrorism and insecurity.

The Carter Center’s statement clearly reflects the alarm and dismay widespread among local and international non-governmental organizations (NGOs) due to the government’s delay in issuing a new law to organize their activities in Egypt. The NGO law has been a subject of fierce debate since Mubarak’s ouster in 2011 and the trial of NGO workers in 2012. Initially, Egypt’s civil society welcomed fewer restrictions on their activities and less government monitoring, but positive expectations have receded over the past year amid renewed attacks against NGOs in local media—particularly with regard to unrestricted access to foreign funding.

The Ministry of Social Solidarity prepared a draft law that gives broad powers to the ministry in monitoring and approving NGO activities. President Sisi, who as yet maintains sole legislative powers in the absence of parliament, also issued a decree in late September amending an article in the penal code that banned funds from foreign countries, individuals, or organizations that could harm national security. The vague wording sent a clear message to civil society: anyone who operates without government approval could be targeted.

The Carter Center’s comments concerning restrictions on any form of dissent and its demand to release thousands of Brotherhood prisoners infuriated the government and its supporters. “Particularly troubling are the mass arrests of Muslim Brotherhood supporters; the passage in late 2013 of the so-called protest law (Demonstration Law), which places broad restrictions on the freedoms of assembly and expression; and the recent decision to tighten the application of the restrictive Mubarak-era NGO law regulating civil society,” it added. “Taken together, the restrictions on democratic freedoms mean that citizens and political parties face extreme limitations on debate and participation and that political campaigning could be extremely difficult—and possibly dangerous—for critics of the regime.”

George Ishak, a prominent politician and member of the National Human Rights Council, criticized the statement. “We did not see such sharp words of criticism when the Morsi issued his constitutional declaration in late 2012,” referring to a controversial decree immunizing Morsi’s decisions from judicial oversight, “even though it clearly violated all democratic principles, and amounted to a coup against democracy,” said Ishak. Former Ambassador Mohamed Shaker, president of the foreign affairs committee at the Free Egyptians Party, also demanded an investigation in all activities carried out by the Carter Center in Cairo over the past three years. “The lies included in the Carter Center statement confirm that it has a hidden political agenda,” he said.

The government and its supporters’ reaction to The Carter Center’s withdrawal shows a disconnect between the perceptions of most Egyptians and the wider Western view on the legitimacy of Egypt’s new regime. Most Egyptians view their government as having rightfully pushed aside an Islamist monolith, the Muslim Brotherhood, intent on manipulating the revolution to suit their own agenda. Many in the West—particularly in the United States—see the actions of the Egyptian military in ousting Mohamed Morsi as having betrayed the principles of democracy. The Carter Center’s withdrawal will exacerbate this divergence of opinion and will continue to plague US-Egypt relations in the near-term. In the meantime, President Sisi will hold the upcoming legislative elections on his own terms.