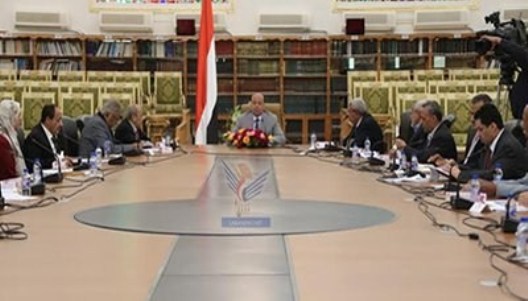 Typical headlines from Yemen usually highlight a recent assassination, damage from a drone strike, or violent tribal feuding, so it’s worth noting the positive milestone in the country’s transition process with the official close of Yemen’s National Dialogue. Yemen’s achievement should be heralded—particularly since it is the result of the only negotiated transfer of power among the Arab awakening countries and the first to complete an inclusive dialogue process in the region.

The National Dialogue process was a core component of the Gulf Cooperation Council (GCC)-sponsored agreement—which  paved the way for former president Ali Abdullah Saleh to step down in exchange for immunity in November 2011—and was designed to be an inclusive process addressing the myriad of challenges facing the country. After multiple, hand-wringing delays, the 565-member body completed more than ten months of painstaking work and agreed upon more than 1400 articles laying out recommendations on the conflict in Saada, demands from Southern secessionists, economic development, transitional justice, and expanding rights and freedoms. The Dialogue broke down important cultural barriers—allowing youth to engage on equal footing with tribal elders and introducing unprecedented acceptance of women’s participation in all facets of government and public life.

Yet before the United Nations, the Friends of Yemen, and the G10 Group of Ambassadors in Sana’a rejoice in congratulatory back-slapping and move to the next stage, observers should note three major issues of concern that will continue to haunt Yemen’s ability to live peacefully, attend to critical humanitarian and economic issues, and move toward a truly democratic, pluralistic, and representative system of governance.

First, the way that the National Dialogue finally came to a close is extremely worrisome and could undermine tentative gains in revamping political and cultural norms.  At the 11th hour, behind closed doors, a group circumvented the agreed-upon protocol for the National Dialogue and ultimately forged an agreement to break the logjam on the southern issue, a maneuver that smacked of a Saleh-era backdoor deal. The lack of transparency, the narrow circle of elite actors making final decisions, pressure from international figures, and unilateral action from the president that ultimately rammed through a final decision without adhering to the Dialogue’s official protocol left a bitter taste for many who had hoped the dialogue would turn a new page on Yemeni politics.

Yes, perhaps this was the only way to get past the stalemate and move to the next much-needed stage of Yemen’s scripted transition process (constitution-drafting and elections), but the cost of such action should be acknowledged.  Of these, the flagrant lack of transparency is the most damaging.  Some may have forgotten, but the rallying cry of the 2011 youth uprising was against the abuse of power, mismanagement, and corruption that was so pervasive within the former regime and its circles of power.  The Dialogue’s unceremonious end sends a message to many Yemenis that little has changed over the past three years.

Second, a solution regarding Southern demands for independence—the most contentious issue addressed in the Dialogue—was essentially kicked down the road, but without clear agreement on how this would be decided in the future. While delaying a decision about how many regions would be included in a new federal system (two vs. five or six) may have been the only way to bring the Dialogue to a close, it avoided addressing the heart of the issue and postponed compromises that ultimately will need to be made. Perhaps more importantly, the fact that many Southern representatives ultimately pulled out of the Dialogue and that a plurality in the South reject its premise altogether means that President Hadi and his government have some serious work to do building trust if a unified, federal system has any chance of success.

Third, the country has witnessed an uptick in violent activity in the north between the Salafis and the Houthis, fighting in the Hadramawt governorate between powerful tribal groups and government forces, ongoing attacks on oil pipelines, and targeted assassinations of military and intelligence personnel in the near-term period.  Conflicts in nearly every corner of the country is testing a delicate balance of power that has reigned since the negotiated transfer of power– a degree of stability that has been shaky but will be required for any of the National Dialogue’s gains to come to fruition.  The fact that no single military faction or political power has a monopoly over force has been both a blessing (no threat of an Egypt-style military coup) and a curse (government forces unable to confront Houthis or tribal militias). The coming months will present a serious challenge for President Hadi to exert his influence and continue with much-needed military restructuring and consolidation.

Ultimately, the inability of the government to deliver tangible change and the struggle over political and economic power is at the heart of each of these issues.  Unfortunately, the completion of the Dialogue on its own won’t resolve these conflicts, nor will it improve economic conditions or mitigate malnutrition.  These are the daily realities that plague most Yemenis, who worry about the lack of security and meeting their families’ basic needs.  They have yet to see the benefits of the political transition or an improvement in the quality of their lives, and this should weigh on Hadi’s shoulders as he proceeds with the extension of his presidency.

Despite the shortcomings of the GCC initiative and the National Dialogue, Yemen has a great deal to be proud of at this moment—not the least of which is avoiding a bloody civil war like what rages in Syria—and there is a dynamic cohort of newly empowered youth leaders who will fight for a more democratic, inclusive, transparent system.  With the end of the Dialogue, it will be up to them to keep these guiding principles in mind and moving the country forward.  Now the pressure is on for Yemen’s leaders to put the interests of the country ahead of narrow, parochial interests and make good on the demands of those who bravely put their lives on the line for change three years ago.