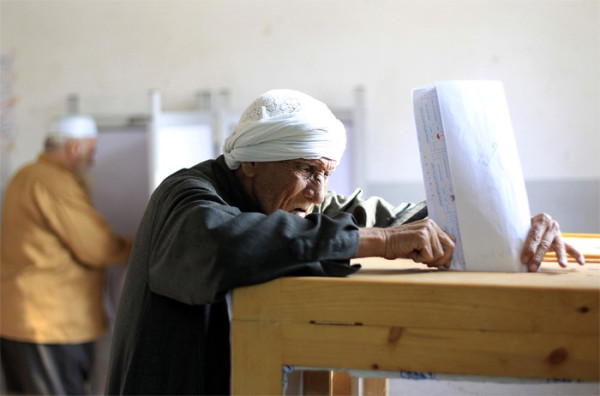 The latest clashes in Cairo have undeniably eroded the SCAF’s last shred of legitimacy and riveted the attention of Egyptian and international media.  But the intense public focus on violence has taken the spotlight off the parliamentary elections process and distracted the public from the government’s glaring failure to investigate and punish violations observed during the first and second rounds of voting. As a political advisor for the independent candidate George Ishak, I witnessed firsthand the damaging effects of these irregularities, which may have distorted election results in several districts. Demands for accountability and a transfer of power to civilians are resonating loud and clear from Tahrir Square, but aside from calls for a change in leadership, we should also be pushing the High Electoral Commission to punish the perpetrators of electoral violations, to ensure that future elections aren’t marred by the same irregularities.

As the third round of voting approaches on January 3, it’s worth taking stock of the polling process so far. In light of the complexity of the electoral system and resurgence of violence, it’s a miracle that elections have proceeded on schedule at all. The second round of voting on December 14-15 saw a record turnout of 67 percent and fewer violations than the first round, according to the High Electoral Commission. As predicted, Islamists consolidated the gains made during the first round: The Brotherhood’s Freedom and Justice Party claims to have won around 86 (approximately 47 percent) of the 180 seats contested in the second stage, while the Salafi Nour Party won around 20 percent of the vote.

While acknowledging that the first two round of voting were freer and fairer than any conducted under Mubarak’s rule, we should not overlook some troubling patterns and violations that may have tilted the playing field unfairly, to ensure that the third and final round of voting is not flawed by the same irregularities I witnessed in Port Said, where the independent liberal candidate George Ishak lost a close race to a candidate backed by the Muslim Brotherhood’s Freedom and Justice Party (FJP).

As Egyptians prepared for the first day of polling on November 28, the air was thick with a sense of confusion and anticipation. Arguably the first ‘free’ elections in Egypt’s turbulent political history began with a protracted three-stage voting process involving two different sets of districts for party-list and single-winner races, in what can only be described as one of the most complicated election systems in the world, for a country still taking its first steps toward democracy in the post-Mubarak transition.

At one point it didn’t even look like we would see elections at all, after the entire transitional roadmap was called into question when violent clashes broke out between protesters, state security and army personnel just one week prior to the scheduled start of polling, leading leading to the deaths of almost 50 Egyptians. As with previous crackdowns, the SCAF refused to take responsibility for its unjustified use of force and insisted that the elections would proceed on schedule.

True to Field Marshal Tantawi’s, the first day of polling dawned bright and early on the morning of November 28 in 9 of Egypt’s 27 governorates, including Port Said, where I was working for the campaign of independent candidate George Ishak.  The day got off to a rough start when Mr. Ishak learned that his candidate number – the number that people would mark on the ballots and the one his campaign printed on all his flyers and banners – had been arbitrarily changed. To make matters worse, he had to hear this news from colleagues abroad, who had voted a day earlier, rather than the High Electoral Commission (HEC), which failed to notify our campaign of the changed number. Fellow independent candidate El Badry al-Farghaly suffered the same rude awakening, as did some list-based candidate from parties including the Brotherhood’s FJP.

In addition to the HEC’s failure to notify candidates of important changes to their numbers, government officials did very little to alleviate severe confusion over individual candidate procedures. The confusion initially arose when it was reported that voters could cast ballots for two “professional” candidates (contradicting earlier instructions that specified one “professional” and one “farmer.” What followed was a string of announcements from different official sources saying different things, with no final official clarification at any point during the voting process. As a result, voters were still arguing whether or not it was okay to vote for two “professionals” or whether this selection would result in an invalidated ballot well after the polls had closed and results were being counted.

There were numerous problems resulting from the HEC’s lack of organization, preparation and adherence to election regulations. For example, there were many reports of voting stations opening much later than scheduled, due to voting boxes and phosphorus ink showing up late, and the failure of certain judges to arrive on time. Moreover, there were rampant reports of campaign workers disregarding procedures and regulations, including allegations against almost all parties for violating the 48-hour ban on campaigning during the two “silent days” prior to the start of voting. Officials in Port Said received complaints that certain candidates were campaigning under three or four different symbols to trick rivals’ candidates into voting for the wrong person. The Brotherhood’s Freedom and Justice Party (FJP) and Salafi Nour Party were accused of illegally using religion in their campaigns, an act specifically banned in the Interim Constitution. Violations were not limited to Islamist parties. In addition, many people reported receiving text messages, the day of or the day before elections, from Mobinil (the mobile telecom company founded by Naguib Sawiris, the founder of the liberal-oriented Free Egyptians Party) urging them to vote, along with promotional deals and discounts on company products.

Looking toward the third and final round of the People’s Assembly elections, it is imperative that violations such as these be dealt with seriously, as these elections will establish the foundation for the future of Egyptian political life, and a new framework from which to build upon. Allowing the elections to continue without properly punishing violations will lead the perpetrators to believe that they can get away with the same behavior in future elections. The HEC’s failure to enforce electoral regulations will give rise to a culture of impunity in which parties and candidates feel free to disregard the law and compromise their ethics in exchange for votes. What will we have accomplished then? If such a precedent is set, the January 25 Revolution will most definitely be deemed a failure, as the political forces that supposedly fought for change and a new beginning, will choose instead to follow the same path as the very regime they brought down.

Nevertheless, there is a glimmer of hope amid the flaws of the first two voting rounds, and a rather bright one at that. Above all the violations, the games played, the confusion and lack of organization, Egyptians flocked to the voting stations to cast their votes in record numbers. In spite of polling stations opening late and closing early, unclear voting procedures, campaigners and candidates not respecting many of the rules among many other obstacles, the Egyptian people were not discouraged. They waited in probably the longest lines most of us have ever seen – in a nation not known for its patience with queues – sometimes under conditions of pouring rain, for the admirable purpose of advancing democracy at the ballot box.  Skeptics may argue that it was in fear of the threatened 500 L.E. fine for non-voters, or that many were even bribed or coerced into voting. Egyptian voters, not politicians, are the clear winners of these elections. With their determination to cast ballots no matter the circumstances, voters showed the world that we are ready to embrace what our government seems unable to: change.