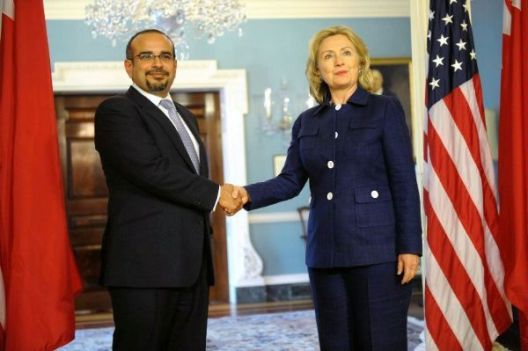 The political impasse in Bahrain has certain similarities to the recent bewildering lack of constructive politics in Washington—clinging to hard-line positions, the inability to find areas of compromise, and deliberate exaggeration in the media. And some figures in both countries do not seem much interested in finding ways to move forward.

The Bahraini leadership took umbrage when President Obama, in his September 24 speech at the UN General Assembly, lumped Bahrain with Syria and Iraq as places where sectarian problems need addressing. Obviously the levels of violence in Syria and Iraq are quite distinct from the situation in Bahrain, but the country has a serious denial problem when the Interior Minister reacts by proclaiming that Bahrain “never witnessed at any time sectarian tensions” and the Foreign Minister reverts to branding any and all protesters as terrorists involved in a concerted effort to target security personnel and expatriates.

September 24 wasn’t the first time President Obama talked about Bahrain at the UN. In his September 21, 2011 address, for example, he said, “we will continue to call on the Government and the main opposition bloc—the Wefaq—to pursue a meaningful dialogue that brings peaceful change that is responsive to the people. And we believe that the patriotism that binds Bahrainis together must be more powerful that the sectarian forces that would tear them apart.”

The Bahraini leadership would prefer that the U.S. stay focused on hard power strategic interests in the Gulf and further temper its occasional criticism of human rights violations and the frozen national dialogue. That’s unlikely to happen. Human rights will seldom be at the top of the U.S. agenda, but they will always be on it. And in the case of Bahrain, U.S. policy is driven not only by a commitment to promoting wider political participation, but also by the need to protect a valuable security partnership. Stationing U.S. military personnel in unstable countries is less than ideal from a purely security perspective. And alarm bells go off when a minister says expatriates are being targeted by terrorists.

Bahrainis themselves need to decide what kind of future they want. But it seems clear that U.S.-Bahrain relations will be best served by a credible, inclusive political process that helps preserve stability over the long term.