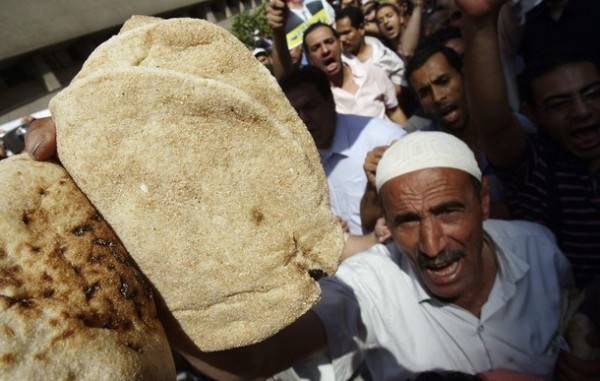 On December 19, Egypt’s Cabinet announced a raft of belt-tightening measures to cut public finance spending, in a seemingly panicked effort to stave off a financing crisis. The proposed reforms include cutting fuel subsidies for energy-intensive industries, postponing the application of a property tax for another year, and deferring a new law on social insurance and pensions until July 2013. The interim government has been scrambling to come up with savings estimated at LE22.5 billion to relieve continued pressures on the budget, amidst rising concerns about financing shortfalls. The government has been borrowing domestically to meet its financing requirements. However, the cost of borrowing has increased to almost 16 percent as banks are less inclined to take on additional government securities amidst rising concerns about the fiscal situation.

Compounding an already fragile economic situation on the domestic front is the fact that international reserves are being depleted at a rate of US$ 2 billion per month. The current level, estimated at US$20 billion, is barely adequate to cover 4 months of imports, raising concerns about potential further depreciation of the Egyptian pound, which is likely to continue unless Egypt reconsiders the option of concessional borrowing from international institutions, such as the World Bank and IMF.

The decision to eliminate fuel subsidies on energy-intensive industries is a positive step that could yield considerable savings estimated at LE 5 billion. Over the long-run, implementing property taxes could help Egypt’s government  mobilize much-needed revenues. However, for the time being there are concerns that implementing such a tax – although it would only apply to properties that exceed LE 500,000 and exempt private homes up to LE 1.5 million of its value – could provoke a public uproar over the burden of additional taxes during difficult times.

The government recognizes the necessity of overhauling the pension system, and has been conducting extensive consultations with the IMF and the World Bank on planned reforms that would streamline the system and reduce the burden on the budget. However, this new system is still being developed and will not be ready for implementation until July 2013. The Cabinet’s latest announcement deferring new legislation on insurance and pensions until 2013 seems aimed at buying time, so as to allow the next elected legislature to weigh in on these pending reforms and avoid introducing controversial policies during a difficult and unstable time.

Although the media’s attention has been diverted from the economic downturn by the latest violence in Cairo, failure to address Egypt’s urgent financing needs could induce a full-blown economic crisis. It is imperative that the government resume negotiations with the IMF to bring in the financing that is desperately needed to restore stability and resume growth.