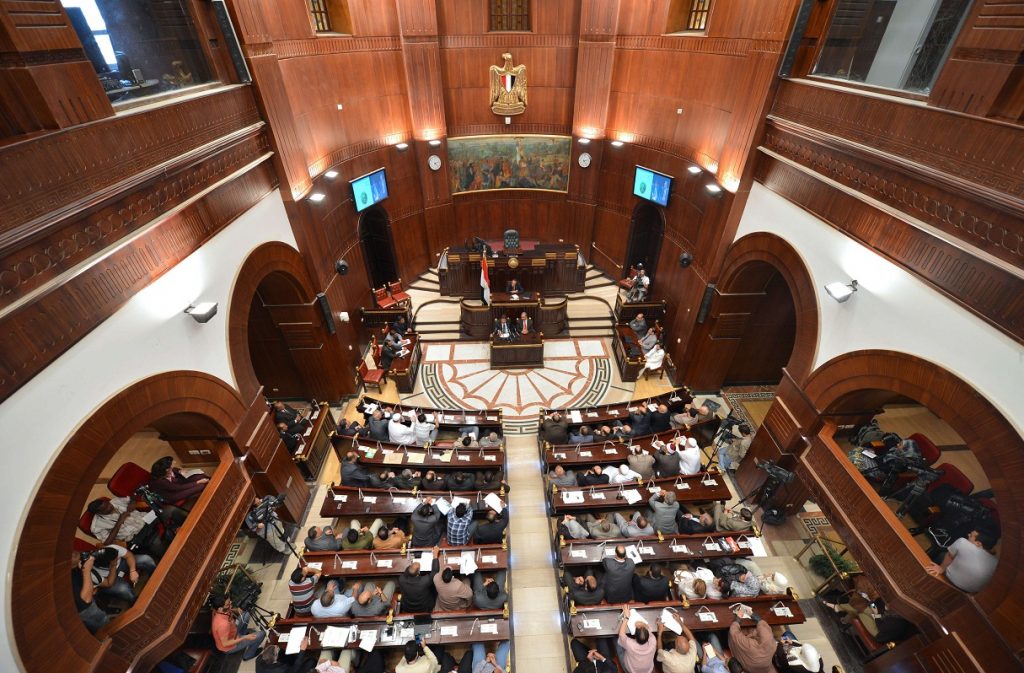 “Egyptians are not ready for democracy” — this was Mubarak’s flippant response to domestic and international calls for political reform in Egypt.  The past few months put this fallacy to rest. Political grandstanding and posturing aside, the heated disputes show a sophisticated debate on the role of religion, individual rights, and power sharing among the branches of government.  More importantly, the grueling constitutional drafting process proves that a populace eager and able to fully engage in a non-violent, consensus building process was hidden within the tight grip of dictatorship.

Egypt’s constitutional drafting process lays bare the diverse ideological currents in a nation often mistakenly portrayed as homogenous, or worse as a dichotomy lumping Muslims and Copts as diametrically opposed.  Notwithstanding the packing of the constituent assembly with those favoring a significant role of religion in state affairs, the various alliances among liberal, Islamist, and other ideological groupings mirrors Egypt’s complex political landscape.

The Egyptian Christian bloc, for example, is not composed merely of Copts, but also Anglicans, Catholics, and Evangelicals.  Similarly, the Egyptian liberal bloc is comprised of Nasserists, Socialists, Western-style liberals, youth groups, women’s rights groups, labor rights groups and Baha’is.  But for their shared vision of a civil state where religion is limited to the private sphere coupled with a deep distrust of Islamist groups, these diverse groups have little in common.

The Nasserists envision a pan-Arab nationalist Egypt that will unite the Middle East against Western political intervention. The Socialists reject capitalist policies, endorsed by liberals and the Muslim Brotherhood, which they deem impoverish the masses while enriching the elite.  Women’s rights groups, who cross the political spectrum, find their calls for more gender equality falling on deaf (male) ears who cavalierly proclaim Egypt’s women were liberated decades ago making this a moot issue.  Likewise, some Egyptian Christians are as socially conservative as members of the Muslim Brotherhood while others are merely Christian by name, as are some Muslims whose identity is defined more by political ideology than religious values.  Within this assorted group lies diverging visions of resurrecting Egypt back to its role as a regional leader.

Like in any democracy, political expediency demands compromise on differences that pale in comparison to their collective differences with the Muslim Brotherhood and Salafis.

But even the so-called “Islamists” are far from uniform.  The transition of the Muslim Brotherhood from an opposition group to heads of government institutions has exposed divisions from within.  Stringently hierarchical and culturally authoritarian, the old guard of the Muslim Brotherhood has begun to alienate its youth.  In agreement with their liberal counterparts, the youth in the Muslim Brotherhood declared the end of authoritarianism in Egyptian politics with the fall of Mubarak.   They no longer accept unilateral commands from above without room for debating the merits of executive decisions.  Indeed, many seceded to the Al Wasat Party or started their own Egyptian Current Party, which seeks to reform the Muslim Brotherhood into a more pluralistic movement within an Islamic framework that reflects the globalized viewpoints of a new generation of Egyptians.  Meanwhile, the extreme right Salafi movement is pushing the Muslim Brotherhood to the center as the latter finds itself in the unenviable position of mediating among a rancorous and divided constituent assembly.

Despite their seemingly intractably right wing positions, the Salafis, too, are splintering under the weight of the democratic process.  Not only has the Nour party experienced in-fighting among its leadership, but new Salafi parties such as Al Asala, Al Fadila, and the Building and Development party have eliminated the Nour party’s monopolization of the Salafi position.   As a result, Salafis can no longer stand on an ideological pedestal proclaiming religious edicts without risking political irrelevance.  The democratic process will force them to compromise among each other as well as with other political blocs.

Indeed, compromise is slowly becoming a staple of Egyptian politics. One need only look to the multiple amendments, additions, and deletions in the draft constitution among the diverse political actors.  In stark contrast to the past all-or-nothing dictatorial system, Egyptians are now mastering the art of deal-making.

To an unfamiliar outsider, the head spinning and rancorous clashes among and within political blocs may appear catastrophic.  Quite the contrary, the heated constitutional drafting process is by far the most revolutionary development in Egypt’s recent history.

For the first time in generations, Egyptians have the opportunity to actively shape the future of their nation to reflect the various levels of religiosity, religions, political ideologies, and class interests.

To be sure, the new Egyptian constitution will be far from perfect.  But whatever flaws remain can be addressed through an Egyptian tradition of democracy currently under development.

Sahar Aziz is an Associate Professor at the Texas Wesleyan School of Law, an ISPU fellow, and a board member of the Egyptian American Rule of Law Association (EARLA). Follow her on Twitter @saharazizlaw