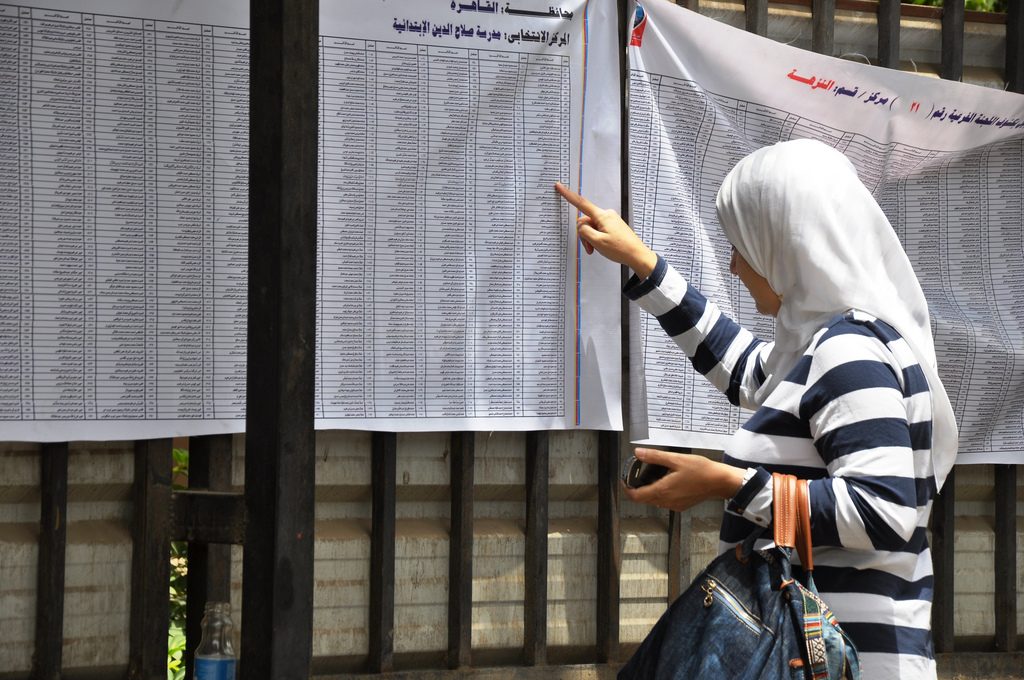 Egypt’s Administrative Court upended the timetable for parliamentary elections slated to begin on April 22 by canceling President Mohamed Morsi’s presidential decree calling for a vote and ordering that the recently drafted electoral law – marred by claims of gerrymandering and procedural flaws – be resubmitted to the Supreme Constitutional Court (SCC) for further review. The decision was predicted by a chorus of opposition parties and legal experts, who in recent weeks warned that Egypt’s half-baked Parliament – which has been functioning with only one of its two chambers (the Shura Council) after the lower house (People’s Assembly) was dissolved by court order last June – failed to adequately revise the draft electoral law in compliance with the SCC’s recommended changes to ten articles deemed constitutionally suspect. Even the spokesman of the SCC itself ominously warned last week, “The failure to submit the law once again to the SCC is a major mistake.” After recklessly ignoring these warnings, the Shura Council is now being forced to do what it should have done weeks ago: Send the electoral law back to the SCC for guidance on correcting its many remaining flaws.

In response to the decision, President Morsi and the Freedom and Justice Party (FJP) sent conflicting signals as to their course of action. A legal advisor to President Morsi said the president will appeal the decision on the grounds that the presidential decree setting a schedule for parliamentary elections was a sovereign act immune to judicial review. But at the same time, an FJP spokesman issued a confusing and contradictory statement saying that the party respects the court’s ruling and will not file an appeal. He added that the FJP has no problem “returning the electoral law to the Supreme Constitutional Court again” and hopes that boycotting political parties will reconsider their decision not to participate.

The mixed signals suggest that the FJP is internally conflicted between its dueling imperatives of domination and appeasement. If Morsi and the FJP were to decline an opportunity to appeal the Administrative Court ruling, it would be a remarkable statement of acquiescence from a party that has steadfastly refused for weeks to submit the electoral law to another round of judicial review. The FJP claimed instead that Egypt’s new constitution, ratified in December 2012, does not require a second round of review of laws, and that the draft can legally be promulgated as is.

The FJP would be wise not to embroil itself in an appeals process, which could take months to resolve, leaving the electoral timetable in limbo as the cases bounce between the Administrative Court and SCC. Furthermore, acceptance of the Administrative Court ruling would be a much-needed gesture of goodwill toward an opposition that has lost all faith in the possibility of a free and fair electoral process. If the FJP backs down from yet another confrontation with the judiciary – which it has viewed as a political enemy since the court-ordered dissolution of the People’s Assembly in June – it would signal a willingness to make serious concessions for the sake of legitimizing the electoral process in the eyes of the opposition and the international community.

Why has the FJP been so reluctant to submit the electoral law to another round of judicial review in the first place? The FJP’s hostility to “prior judicial review” – the practice of reviewing the constitutionality of a law after its adoption by parliament but before its enforcement – has to do with the party’s insistence on legislative sovereignty. Ever since the court-ordered dissolution of the People’s Assembly in June of last year, the FJP has viewed judicial activism as a threat to its legislative agenda. In recent weeks, FJP MPs repeatedly complained about the “vicious cycle” of prior judicial review, which they feel delays the legislative process and makes parliament a slave to the whims of the SCC.

Proponents of another round of “prior judicial review” – the practice of reviewing the constitutionality of a law before its enforcement – argued that such a precaution was necessary to preempt legal challenges to election results down the road. The SCC has a long tradition of invalidating electoral laws, as it has done four times in the past 25 years – three of which led directly to the dissolution of parliament, as Nathan Brown has observed. But whether or not a second round of review is constitutionally necessary, it is clearly the prudent course of action – and the only way to guarantee that the electoral law will not be struck down later. Egypt is still reeling from the consequences of the last parliamentary meltdown, and it’s easy to see why now – with Egypt in dire need of legislation on economic reforms to secure a $4.8 billion IMF loan – is not a good time for another parliamentary meltdown.

Now, the question is: What’s wrong with the electoral law and how can it be fixed? And more importantly, will the NSF reverse its decision to boycott if these changes are made?

Looking at the latest text of the electoral law, there are a still a number of problem areas that could provide the basis for a subsequent constitutional challenge:

The NSF based its decision to boycott the elections largely on claims that free and fair elections were impossible under a legally flawed electoral system. If the necessary revisions are made, will the NSF reverse its decision? As of March 6, the NSF reiterated its commitment to a boycott and said the opposition is planning to form a “parallel parliament.”

Even if the SCC certifies the constitutionality of the electoral law, the next parliament could still be vulnerable to legal challenges through the individual complaint procedure, a feature of Egypt’s constitutional system as well as many European constitutional courts, in which any citizen can activate constitutional review of alleged individual rights violations. Even if the electoral law were fully compliant with the SCC’s recommendations, thus barring the SCC from initiating a later challenge on its own, individual citizens who claim their constitutional rights have been violated by the electoral system can petition the SCC to review it. It is entirely possible that there are legal flaws in the design of Egypt’s highly complex electoral system that the SCC is unable to anticipate at present, but which could reveal themselves over the course of the voting process. As usual, there are no guarantees in Egypt’s political process and the validity of election results could still be called into question.

Mara Revkin is a student at Yale Law School and a former Fulbright Fellow in Oman. She can be reached at [email protected] and on Twitter @MaraRevkin.