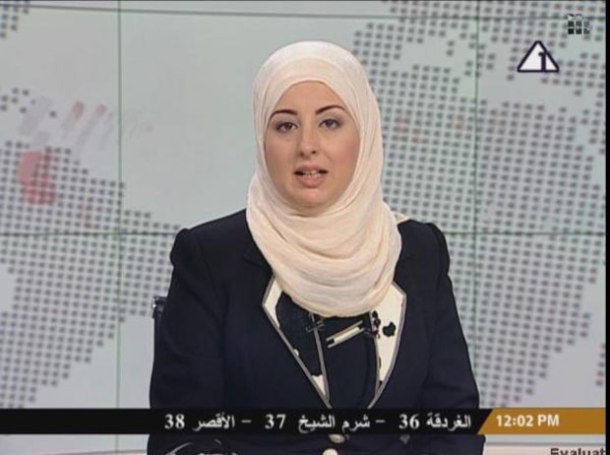 One of the latest stories to emerge about changes to Egypt’s media landscape is the appearance of the country’s first-ever veiled news anchor, Fatma Nabil. Her appearance on state TV’s news broadcast has been lumped together with recently made changes which have been viewed as the ‘Brotherhoodization’ of the press. On closer inspection, the headlines belie the reality that Nabil’s role is not as groundbreaking as some would have us think, and more importantly, that it should be viewed in a positive light.

An important distinction that needs to be made is that while Nabil is the first veiled news anchor to grace Egypt’s TV screens, she is not the first veiled TV presenter. Veiled women were kept away from the cameras under the previous regime but in March 2011, just one month after Mubarak’s ouster, Egypt’s Radio and Television Union head, Dr. Sami al-Sharif, ordered that veiled presenters be allowed to appear on state television screens. The decision to ban veiled hosts was also overruled by an Egyptian court in January 2012. As a result, veiled presenters have been appearing on state TV, hosting talk shows long before Nabil presented her first news bulletin on Sunday. It is believed by some, however, that through an unwritten rule, the coveted position of newscaster was kept out of veiled women’s reach.

Current Minister of Information, Salah Abdel Maksoud, himself a member of the Muslim Brotherhood, put the wheels in motion approving Nabil’s appearance on the state TV newscast. He told Egyptian daily El Watan that this is an example of one of the principles of the January 2011 Revolution being put into action. Nabil has been forced to defend her position, denying that her role as a presenter on Muslim Brotherhood-owned channel Misr25 had anything to do with her latest position as an anchor, having worked for state TV in the past.

Another key fact that must be considered is that forbidding veiled TV presenters from appearing on Egyptian TV was a restriction on freedoms, and the move to provide them with the same job opportunities as their non-veiled counterparts should be seen as a step forward. Former president Hosni Mubarak’s stance on preventing veiled women from working in front of the cameras on state TV was nothing more than a restriction of basic freedoms.

Focusing on a constitution which should guarantee press freedom, while also pushing for the reversal of archaic laws which criminalize, among other things, insulting the president, is key. Decrying the appearance of a veiled news anchor, on the other hand, is not.