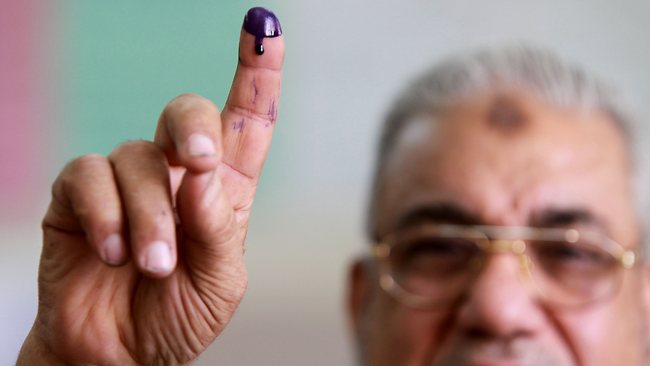 Fifty million Egyptians voters went to the polls on May 23 and 24 to elect the first president since Hosni Mubarak’s ouster. This will be the first presidential election in Egypt’s recent history in which voters cast their ballots without knowing the result in advance, but experts predict that one outcome is inevitable: Voting will go to a run-off round on June 16-17 to determine Egypt’s next president.

The two competitors who will face off in the run-off round will be determined by how voters’ loyalties divide along the following lines: Revolutionary vs. counter-revolutionary forces and a civil vs. an Islamic state.

A simple majority (50% + 1) is required to win in first round, but it will be extremely difficult for any of the presidential contenders to meet this threshold for a number of reasons, foremost among them the challenge winning the support of diverse and even antagonistic political forces and segments of society.

It is apparent that none of the thirteen candidates will be able to win in the first round,  and a run-off round is virtually guaranteed, due to the tremendous fragmentation in the constituencies of the leading candidates, especially those affiliated with the revolutionary camp and the “filul” – remnants of the former regime. (A decision by the SCAF to postpone its proposed “supplementary constitutional declaration” clarifying presidential powers until after the first round is evidence of the level of certitude regarding the inevitability of a second round.)_However, the question of who will move on to the run-off round is one that remains to be decided by voters themselves.

Among the eleven contenders, only five can be considered front-runners. Ahmed Shafik (former Prime Minister during the revolution) and Amr Moussa (former Foreign minister, who left the Mubarak regime ten years before its dissolution) are both viewed as affiliates of the Mubarak regime both support a civil state, however many have been willing to overlook Moussa’s “filul” ties because he is perceived as a strong statement with nationalist credentials.

Aboul Fotouh has tried to present himself as a symbol of “national unity” after winning the support of liberals, the Salafis, and certain Christian groups, although most voters still recognize him first-and-foremost as an Islamist candidate. Many of his more liberal supporters withdrew their support from Aboul Fotouh after he won the powerful endorsement of the ultraconservative Salafi groups.

Recent polls conducted by the Cabinet’s Information and Decision Support Center (IDSC) placed Ahmed Shafik and Amr Moussa in the lead, with 12% and 11% respectively, followed by Abdel Moneim Aboul Fotouh, Hamdeen Sabahi and Mohamed Morsi tied for third place with 7% each. The results, consistent with other polling data, are not highly reliable but the most important conclusion that can be drawn from them is their relatively equal share of the divided electorate. No one candidate is clearly surpassing the others in popularity, making it extremely unlikely that anyone could win in the first round.

Egypt’s 50 million voters can be roughly classified into five categories:

The main reason why no candidate has emerged as the clear front-runner is that they are all competing with one another for the support of these different camps, non of which is sufficient on its own to guarantee victory.

Shafik and Moussa are competing for the support of the “Party of the Couch,” a term coined to describe the subset of Egyptians opposed to continued protests, as well as pro-Mubarak or former regime loyalists. Among these segments, Moussa is respected for his political reputation and experience, however Shafik is more likely to win the majority of their votes, in part because he is viewed as the preferred candidate of the SCAF.

But unlike Moussa, Shafik does not have the ability to draw voters from other segments of the population, making it impossible for him to win the 50%+1 majority needed to win in the first round from the anti-revolution and pro-Mubarak camps alone.

Alhough the Egyptian church did not officially endorse a candidate, it is rumored that the church has instructed Copts (representing around 10% of Egytp’s population) to back Shafik. Even if this report is false, most Copts will chose among their national allies, Shafik, Moussa and Hamdeen respectively, over the Islamist alternatives. Sabahi is considered popular among pro-revolution Copts.

Shafik, as the only contender with a military background, has run on a campaign pledging to restore security – an urgent priority for many Egyptians —  which could lead indifferent or undecided voters to throw their support behind him at the last minute.

Moussa still appeals to voters who support the civil state regardless of their attitude toward the revolution, as well as those in the revolutionary camp who view him as a national figure rather than “filul.” But Moussa will face fierce competition from Hamdeen Sabahi, who benefits from broad support among pro-revolution and civil forces. Sabahi, who is regarded as a revolutionary figure respected for his long-time opposition to Mubarak’s regime, is also competing with Abul Fotouh for a significant share of the fragmented revolutionary vote.

Many revolutionaries have expressed their hope that Aboul Fotouh and Sabahi can unite as a presidential team to counter the “filul” candidates, but their attempts so far have been unsuccessful.

Aboul Fotouh and Morsi are splitting the Islamist vote, although Morsi has the advantage with the backing of the Muslim Brotherhood’s vast voter mobilization apparatus and grassroots network. The brotherhood is the most organized entity on the ground in Egypt. The movement’s time-tested campaign tactics have for decades proved highly effective in mobilizing poor voters behind Brotherhood candidates, as was the case in the November 2011 parliamentary elections, in which the Freedom and Justice Party won 47 percent of the seats in the People’s Assembly. But the Brotherhood will face new challenges in the presidential election, as many voters are deeply disappointed by the performance of the Brotherhood-led Parliament over the past few months.

With the candidates engaging in side-battles on multiple fronts for the support of Egypt’s fragmented electorate, no candidate has a chance of winning the support of more than two of the segments described above.  Moussa will win votes from Copts, pro-Mubarak elements, and some from the revolutionary camp, especially those in favor of a civil state.

Sabahi appeals to the revolutionary camp backing the civil state and some other undecided voters who respect his long history of opposition to Mubarak’s regime.

Shafik is fighting a losing battle, struggling to persuade undecided voters and the pro-Mubarak segment, but the support of these limited constituencies alone will not be sufficient to advance to the second round.

While Morsi’s popularity may have suffered as a result of the Muslim Brotherhood’s deteriorating reputation, the Brotherhood’s grassroots network remains a powerful asset, and his ability to draw votes from outside of the Islamist camp makes him a likely contender for the second round.

Aboul Fotouh has tried to appeal to diverse segments of the population by presenting himself as a symbol of “national unity,” but while his base of support may be the most heterogeneous – representing Islamists, liberals, revolutionaries and everyone in between – it is shallow compared to the deep voting bloc that the Brotherhood has mobilized to support Morsi.

Other, less likely run-off combinations are still possible. A runoff between the two Islamist candidates would be a doomsday scenario for the civil state camp. Revolutionaries will be similarly disappointed if the two “filul” candidates, Shafik and Moussa, advance to the second round.

But continued protests and sit-ins over the past 15 months prove revolutionary forces remain determined to oppose and isolate members of the former regime, and if voters reject Moussa and Shafik in sufficient numbers, the runoff round will be determined by whether the majority of Egyptians favor the Islamist revolutionary narrative (represented by Aboul Fotouh and Morsi) or the civil revolutionary trend (represented by Sabahi).