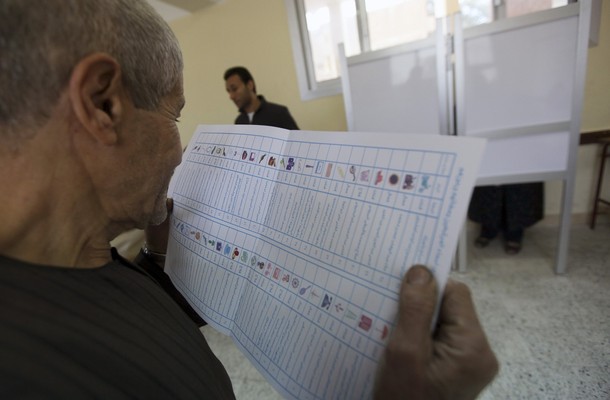 Mohamed Abu Hamed, a former member of the dissolved parliament and a self-avowed liberal is at the forefront of calls for a “second revolution” on August 24th, this time against the Muslim Brotherhood. With both liberal and Islamist political forces viewing themselves as the protectors of the revolution, a deepening conflict has emerged, culminating in open calls for a revolt. While Egypt’s liberal forces struggle to make an indelible mark in Egypt’s transition, calls for protests have done little more than further polarize the situation. In the meantime, liberal coalitions are beginning to turn an eye toward parliamentary elections looming at the end of the year, providing them with a second chance to participate in a more balanced government.

Abu Hamed does not enjoy the support of all liberal or revolutionary forces in the country, with many distancing themselves from the August 24th movement, among them April 6 and Al Wafd. Equally critical of one another, Abu Hamed told EgyptSource, “In the past two years, I haven’t seen any tangible results or actions, even from the most popular liberals in Egypt, particularly at a time when resistance should be taking place,” seeing a need to tackle issue on all fronts, whether in the courts, media, or through gaining public support on the streets.

Similar calls to protest have also been made by TV presenter and owner of the recently suspended al-Faraeen TV channel, Tawfik Okasha, as well as former member of parliament, Mustafa Bakry, both highly vocal critics of the protests that unseated former president, Hosni Mubarak. Abu Hamed, on the other hand, has long been a defender of the January 25 protesters, and was one of the few members of parliament who extended his defence to protesters involved in clashes in the post-Mubarak months, speaking out after deadly clashes in Mohamed Mahmoud Street. Before its dissolution, Abu Hamed used his position in parliament to bring attention to violent tactics used by the Ministry of Interior to disperse protests, most famously holding aloft a handful of bullet casings in the midst of a session. While his stance at the time gained him popularity amongst the revolutionary ranks of the country, his more recent actions are viewed as divisive.

These contradictions are a source of debate over calls to take to the streets against the freely-elected president, less than two months after his ascension to power. Additionally, many question Abu Hamed’s own sense of liberalism and democracy but he defends his position, “Being a liberal and a democrat involves the acceptance of the presidential election results, but we have an elected president whose performance I personally view as a threat to national security. Is democracy all about voting or monitoring as well?” he asks.

Calls for a revolution against Morsi and the Muslim Brotherhood are considered the most vocal, if not most controversial, action taken by an Egyptian liberal so far. August 24th is bringing together unlikely partners, both for and against the 2011 popular uprising in Egypt, and is an indication of a floundering secular force that is unable to galvanize itself in one specific direction. The August 24th protest is yet another example of a liberal insistence on refusing to play the game because they simply don’t like the rules.

The Third Current, yet another attempt at a liberal and secular coalition has come together, uniting members of the Free Egyptians Party, the Egyptian Social Democratic party and the Tagammu Party. Confusion appears to follow Egypt’s liberals wherever they go, as al-Ahram Online points to rumors that former presidential candidate Hamdeen Sabahy is abandoning the coalition in favor of joining the so-called Popular Current with several leftist parties. That said, the Popular and Third Currents will be working together on certain projects.

The confusion and lack of organization pervading both coalitions embodies the main problem that has plagued secular and liberal politicians for the past year and a half, which culminated in the fielding of two presidential candidates who together, garnered more votes than either Ahmed Shafik or Mohamed Morsi.

While Abu Hamed is returning to square one by calling for protests, the Third Current is rightfully more concerned with the upcoming parliamentary elections, expected to take place at the end of the year. The Free Egyptians Party has taken on social work, earning themselves a comparison to the Muslim Brotherhood’s Freedom and Justice Party (FJP), with the formation of an NGO that aims to help Egypt’s unemployed find work. The Popular Current is said to be working on similar initiatives in order to connect with Egyptians on the street level.

There is still a long road ahead, and similar criticisms continue to be levied at liberal party members. However, the Free Egyptians Party’s spokesperson Ahmed Khairy told Daily News Egypt, “After the parliament’s dissolution, the Free Egyptians, together with almost all political parties, has entered a stage of relaxation and hibernation, awaiting the political picture to be clear enough,” pointing to a dormant month that will likely come to an end now that Ramadan has passed. Khairy added that it was necessary to consider an electoral law that will prevent one political party from dominating the elections.

While a fair electoral law could guarantee truly democratic elections, waiting seems like an ill-thought out decision.  Mohamed ElBaradei’s Al-Dustour party is on the right track, beginning to connect with people on the street, spreading awareness about sexual harassment during the Eid holiday, while also handing out fliers celebrating the Eid, the latter of which irked the Muslim Brotherhood. Commenting on the issue, Hassan al-Brens, a member of the FJP said, "ElBaradei’s distribution of flyers during the prayers puts an official end to the statement that condemns mixing religion with politics.” The very fact that ElBaradei’s party was able to elicit a response from the Muslim Brotherhood is an indication that they are doing something right. For the most part, the organization has ignored liberal and secular parties, and has not viewed them as a significant threat. When taking into consideration the specific point of contention, FJP’s criticism of the Al-Dustour Party may signify otherwise.

The question remains – in the months leading up to the parliamentary elections, will Egypt’s liberals garner more votes, bringing about a balance in legislative power, or will they repeat the same mistakes once again? Focusing on a street effort in elections rather than protests is the first step to ensuring an outcome that is more favourable to Egypt’s liberals in the second parliamentary elections in the space of one year.

Shaimaa El Nazer is an Egyptian media and marketing specialist. She holds a bachelor degree in Political Science from Cairo University and works closely with entrepreneurs and on business development initiatives in different Arab countries.