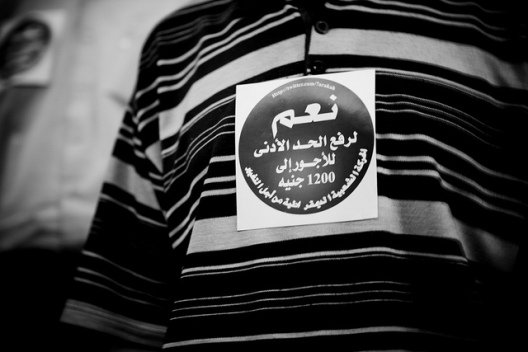 The installation of the transitional government headed by Prime Minister Hazem El-Beblawi gave hope to Egyptians that the new technocratic economic team would turn the Egyptian economy around. The Beblawi government, with renowned economists like Finance Minister Ahmed Galal and Planning Minister Ashraf al Araby, was expected to reverse the downward spiral the economy was in throughout the SCAF and Morsi governments over the past two-and-a-half years. The immediate inflow of $12 billion from the Gulf countries gave Egypt much-needed relief from balance of payments pressures and the financing to carry out policies aimed at reversing the country’s economic fortunes.

While ordinary Egyptians may have been elated at what the military-installed transitional government would be able to do, some analysts were skeptical about the policies and plans it would adopt. Would the government carry out the deep economic reforms needed to correct the structural fault lines in the economy, or would it adopt populist economic policies to meet the demands of the Egyptian public that had led to the overthrow of Hosni Mubarak in January 2011?

After having been in office for nearly three months, the transitional government has yet to come up with a coherent economic plan. It appears now that the government is more inclined towards short-term populist measures to buy social and political peace, rather than longer-term economic reforms.

The latest example of this populist strategy is the announcement last week by Prime Minister El-Beblawi to raise the minimum wage for public sector employees from EGP 700 ($100) to EGP 1,200 ($175) a month. The new minimum wage will take effect in January 2014 and will cover about a quarter of the Egyptian labor force. However, the Egyptian Federation of Independent Trade Unions (EFITU) has stated that there can only be one minimum wage to cover both public and private sector employees, and therefore, it is likely that the private sector minimum wage will also be set at EGP 1,200.

The increase in the minimum wage, starting in January 2014, is expected to have an impact on unemployment, inflation, and the budget.

The main positive of an increase in minimum wage is that raising incomes of the poor will reduce income inequality. There is abundant evidence that points to this outcome. Since growing income and wealth inequalities were important factors in the January 2011 uprising, it is clear that the transitional government is trying to meet one of the main demands of the population. There are certainly better and more effective ways to address income inequality, for example, through a well-targeted tax and transfer scheme, but raising the minimum wage is a good second-best policy to address the problem.

Aside from the specifics about the minimum wage hike itself, the major downside of the policy is that it is increasingly evident that the transitional government is going down the populist road. Now that it appears to have more or less unlimited financing from the Gulf Arab countries, it can afford to do so and leave the necessary economic reforms to the next government to implement. By taking this road, it may be able to buy social peace now, but unfortunately at the expense of future prosperity.