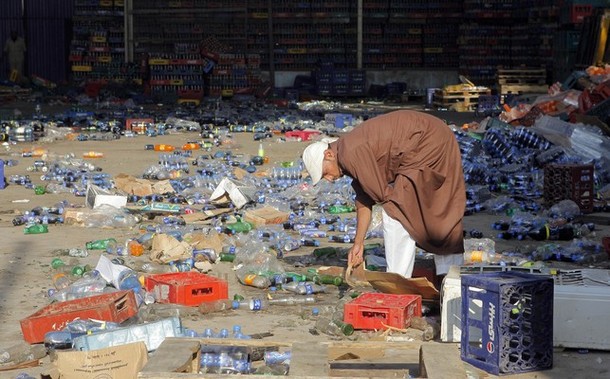 Since the uprising last January, clashes rooted in Christian-Muslim tensions have not subsided. The latest incident took place following a fight between a Christian laundry worker and a Muslim customer over a burned shirt, leaving at least one man dead, countless homes burned, and an attempted attack on a church. While apparently no different from sectarian violence witnessed in the past, one should consider that the clash, the first of its kind since Mohamed Morsi assumed his position as president, holds serious implications for justice and accountability in Egypt.

In pre- and post-revolution Egypt, the regime has handled sectarian conflict identically –ignoring it or failing to address the underlying causes. Many in Egypt are unable to admit that it exists, more comfortable characterizing it as an anomaly. Sectarian tension does exist in the country, and has been at the root of every conflict of this kind since long before Mubarak’s ouster. Small, seemingly unimportant day-to-day quarrels escalate into all-out violence due to underlying problems left unaddressed. Further clashes have been fueled by suspicions that the Coptic Orthodox church has held Muslim converts against their will. Egypt suffers from sectarianism and admitting it is the first step towards finding a real and lasting solution.

Past and current regimes have worsened the situation by ignoring the matter, with perpetrators going unpunished. Six churches were attacked in Egypt in 2011, often in the presence of security forces. In the village of Atfeeh, a church was torched as the military police looked on. After clashes in Abu Qurqas, all those involved in the incident were rounded up – Christian and Muslim alike. Of all the suspects, the court convicted only the Christian defendants of wrong doing. They now face life in prison.

Under Mubarak, sectarian incidents rarely warranted a public appearance by the president.  After a church bombing in Alexandria on New Year’s Eve in 2011, Mubarak finally made an appearance. His speech blamed “foreign hands,” invoking the common nationalistic narrative when faced with deeply rooted internal strife. With a new president and prime minister in place, many anticipated a quick reaction or even a mere acknowledgement of the incident, particularly from a president who positioned himself as a leader for “all Egyptians”. Unfortunately, none came.

It wasn’t until a full week after the initial incident occurred that the President’s official spokesman issued a statement saying:

"President Morsi closely monitored the Dahshur incident yesterday and today. His Excellency has ordered the relevant authorities to strictly implement the law and not allow anyone to violate it… He stressed that warm relations between Egyptian citizens, Muslims and Christians, should remain intact. He also underscored that he would never allow anyone to attack public or private property or terrorize any Egyptian citizen."

The next day, the president added:

His words come woefully late, and lack meaning in the absence of concrete action. The previous regime often resorted to clichés: an image of a priest and sheikh arm in arm, statements alluding to one nation, a people all cut of the same cloth. It remains to be seen if Morsi will truly handle matters in Dahshur differently.

Measures taken by the Shura Council so far are not reassuring. Ahmed Fahmi, head of the Shura Council said, with apparent pride, after creating an 8-member committee to investigate the incident, "This isn’t a fact-finding committee, it’s a reconciliation committee. Our aim is to achieve reconciliation between the two sides rather than determining who the culprits were." Authorities are happy to pawn off the responsibility to these so-called ‘Reconciliation Meetings,’ held at the expense of justice, in which participants are encouraged to put the incident behind them, without addressing the real issue or ensuring an impartial outcome. Sectarian conflict over the past year has almost always been followed by reconciliation meetings, becoming an accepted alternative to prosecution. These talks have failed to prevent further conflict, and instead as Human Rights Watch reported, "have provided a cover for impunity for perpetrators of violence."

The Shura Council’s time would be better spent acting as a fact-finding committee after all. Apprehending suspects and holding them accountable under the law is the first step towards ensuring the prevention of further conflict. Former presidential hopeful and founder of the liberal Al Dostour party, Mohamed El Baradei has called for harsher punishments to be imposed, saying, "Increasing intolerance must be acknowledged. We need to guarantee equality, promote inclusiveness and apply the full force of the law. "

Dahshur presents an opportunity for Morsi to win the confidence of the Coptic community. The Freedom and Justice Party criticized Coptic Christian voters for allegedly voting for Morsi’s opponent, Ahmed Shafik, out of fear of the Muslim Brotherhood, a move itself which could have fueled sectarian tension. How Morsi and his government address the incident in Dahshur could go a long way toward allaying that sense of fear.